How to Feed the World Without Destroying the Planet 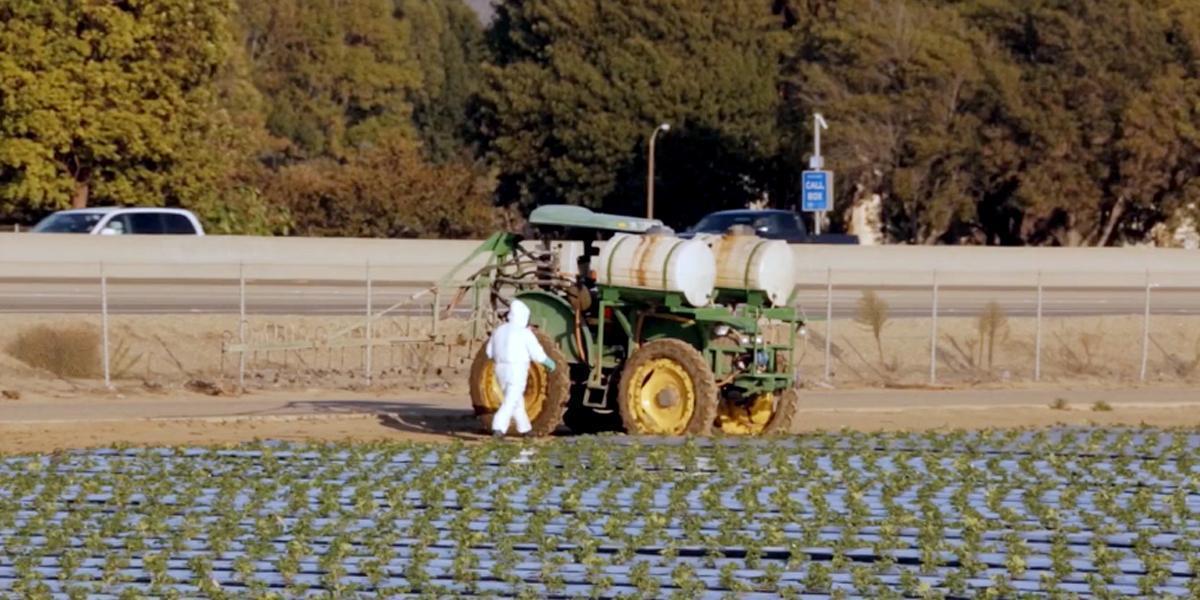 Island Earth is the story of a young indigenous scientist’s journey through both sides of the GMO battle in Hawaii. Groomed to work for Monsanto, Cliff Kapono had a lot to consider over the past few years. His ancestral ways of farming fed a similar population than what inhabits the island today with some of the most advanced biodynamic farming ever documented. Yet one of his most lucrative job options would be for a company promising to “feed the world.”

Island Earth follows Kapono’s journey of discovery along with a handful of Hawaiians struggling to take back their communities in the face of the current GMO occupation.

I decided to dive into this project after I learned from a few activists that more GMO crops are tested per acre in Hawaii than any other state in the U.S. I was shocked to learn that this island paradise was home to such activities. Their testing involves multiple combinations of restricted-use pesticides that both our government and the scientific community agree are toxic to the environment and our health. The testing is occurring outdoors right next to low-income communities.

What’s happening in Hawaii effects the rest of the country and visa versa. These tiny Islands are a microcosm for the problems we all face but also the solutions we could embody. The vast majority of the world’s seeds are owned by the same powerful chemical companies who are testing their crops in Hawaii. They are using genetic modification to alter plants so they can withstand higher doses of the pesticides they manufacture. As such, the Hawaiian people are rising up and pushing back, drafting bills and engaging with their local legislature, as well as returning to their traditional methods of farming in an effort to become self-reliant again.

The question, “How are we going to feed the world?” gets raised a lot and has been the chief marketing slogan for the these GMO companies. According to the former editor of National Geographic and author of End of Plenty, Joel Bourne Jr. states that “we are going to need to grow as much food in the next 35 years as we’ve grown since the beginning of human civilization.”

This number sounds daunting, however this figure was determined based on our current agricultural system which measures raw yields and fails to take into account the amount of food waste and lack of distribution to the people who need it most. If calories were grown again near the areas they were consumed it would be a much different picture.

Hawaii is an island chain that used to be completely self-reliant. Today they import 80-90 percent of the food they eat. Much of it being the products of the seeds tested on their lands. The problems they face are global, and increasingly we all owe our survival to corporations who provide us food, water, shelter and power. Yet every day we learn that often these companies do not have our best interests in mind.

The little mainstream media coverage we’ve seen about the anti-GMO protests in Hawaii paints this issue as one of eccentric hippies getting angry about food that isn’t up to their ideals, when in reality this is a grassroots movement of people from all walks of life coming together to protect the land and water that they hold sacred.

In talks with scientists, doctors, mothers, elders and activists I’ve come to believe many of the problems we impose upon ourselves are solvable if we can balance our current globalized approach to survival by re-establishing local community-based systems that create and distribute resources. Only with consistent effort to push back politically and to create decentralizing solutions will we make measurable change and hopefully render many of the current problems obsolete. But it’s going to take patience and creativity. It’s much easier to take what is handed to us and complain about it than it is to create the solutions.

Three years and multiple trips later, I’ve finished editing with my team and we are touring the film across the world. I just got back from a tour across Hawaii and Australia and am now heading off on a West Coast tour of the U.S. from San Diego to Canada. For a complete list of upcoming screenings, click here. Individuals can host their own screening of Island Earth at their local theatre, school or environmental organization.

22 Ways the Next U.S. Farm Bill Can Reduce Food Waste