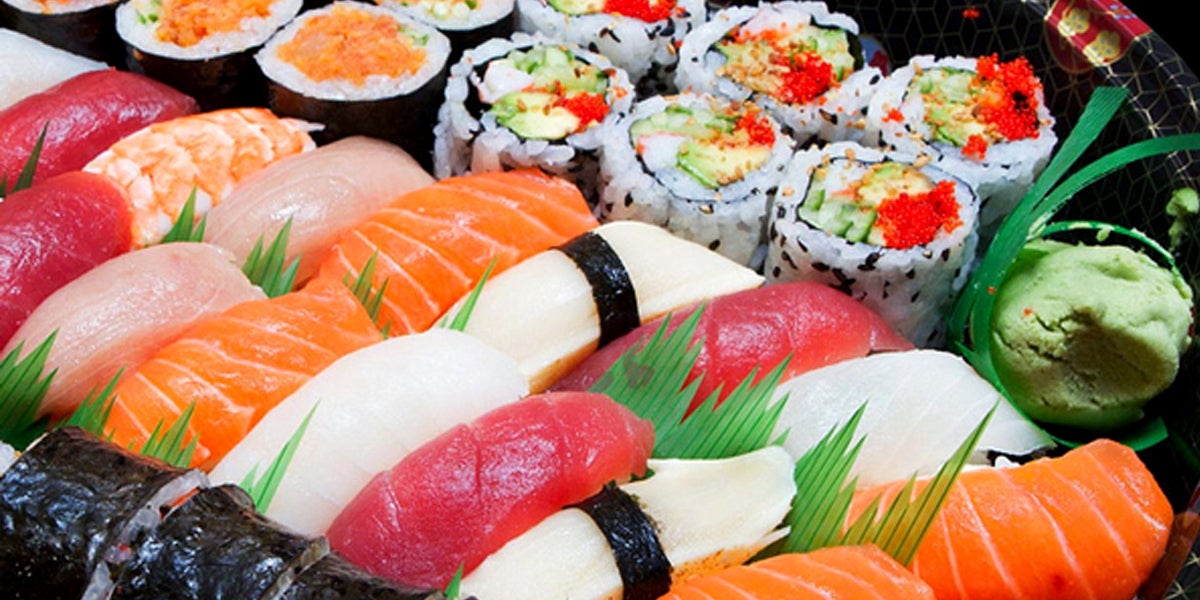 There are several practical reasons people cook fish before eating it, rather than simply serving it raw.

Most importantly, cooking kills bacteria and parasites that can cause disease.

Nevertheless, some people prefer the texture and taste of raw fish. It is especially popular in Japan as part of dishes like sushi and sashimi.

But how safe is raw fish? This article reviews the risks and benefits.

Raw fish dishes are growing in popularity. Here are a few examples:

These dishes are an important part of food culture around the world.

Summary: Raw fish is a major ingredient in various dishes from around the world, including sushi, sashimi and ceviche.

A parasite is a plant or animal that feeds off another living organism, known as the host, without offering any benefits in return.

While some parasites do not cause any obvious acute symptoms, many may cause serious harm over the long term.

Parasitic infections in humans are a major health problem in many tropical countries. Many of them are transmitted by infected drinking water or improperly cooked food, including raw fish.

However, you can minimize this risk by buying raw fish from trusted restaurants or suppliers that have properly handled and prepared it.

Below is an overview of some of the main parasitic diseases that can be transmitted to humans after eating raw or undercooked fish.

Liver flukes are a family of parasitic flatworms that cause a disease known as opisthorchiasis.

Infections are most common in tropical regions of Asia, Africa, South America and Eastern Europe (1).

Researchers estimate that around 17 million people worldwide, most in Southeast Asia, are affected by opisthorchiasis.

Adult liver flukes reside in the livers of infected humans and other mammals, where they feed on blood. They may cause an enlarged liver, bile duct infection, gallbladder inflammation, gallstones and liver cancer (2).

The main cause of opisthorchiasis seems to be consuming raw or improperly cooked fish. Unwashed hands and dirty food preparation surfaces and kitchen utensils also play a role (3, 4).

Fish tapeworms are transmitted to people who eat raw or undercooked freshwater fish or sea fish that spawn in freshwater rivers. This includes salmon.

They are the largest parasite known to infect humans, reaching a length of up to 49 feet (15 meters). Scientists estimate that up to 20 million people may be infected worldwide (5, 6).

While fish tapeworms often don’t cause symptoms, they may cause a disease known as diphyllobothriasis.

The symptoms of diphyllobothriasis are usually mild and include fatigue, stomach discomfort, diarrhea or constipation (7).

Tapeworms may also steal substantial amounts of nutrients from the host’s gut, especially vitamin B12. This may contribute to low vitamin B12 levels or deficiency (8).

Parasitic roundworms may cause a disease called anisakiasis. These worms live in marine fish or fish that spend a part of their lives in the sea, such as salmon.

Infections are most common in regions where fish is frequently eaten raw or lightly pickled or salted, including Scandinavia, Japan, the Netherlands and South America.

Unlike many other fish-borne parasites, Anisakis roundworms cannot live in humans for very long.

They try to burrow into the intestinal wall, where they get stuck and eventually die. This may cause a severe immune reaction leading to inflammation, stomach pain and vomiting (9, 10).

Anisakiasis may also cause immune reactions even if the worms are already dead when the fish is eaten (11).

Another family of parasitic roundworms may cause a disease known as gnathostomiasis (12).

These worms are found in raw or undercooked fish, poultry and frogs in Southeast Asia, Latin America, India and South Africa. However, infection is rare outside of Asia.

The main symptoms are stomach pain, vomiting, appetite loss and fever. In some cases, it may cause skin lesions, rashes, itching and swelling (13).

Depending on where in the host’s body the parasitic larvae migrate, the infection may cause serious problems in various organs.

Summary: Regularly eating raw fish increases the risk of parasitic infections. Many fish-borne parasites can live in humans, though most of them are rare or only found in the tropics.

Another reason why fish is cooked is the risk of food poisoning.

The main symptoms of food poisoning include upset stomach, nausea, vomiting and diarrhea.

However, for healthy people, the risk of food poisoning from eating raw fish is generally small.

People with weak immune systems, such as the elderly, young children and HIV patients, are more susceptible to infections. These high-risk groups should avoid raw meat and fish.

Additionally, pregnant women are often advised against eating raw fish due to the risk of a Listeria infection, which may cause fetal death.

Fish are known to accumulate POPs, especially farmed fish, such as salmon. Use of contaminated fish feeds appears to be the main culprit (19, 20, 21).

High intake of these pollutants has been associated with chronic diseases including cancer and type 2 diabetes (22, 23).

One study found that the amount of POPs was about 26 percent less in cooked salmon compared to raw salmon of the same type (24).

Toxic heavy metals, such as mercury, are also a health concern. Another study found that the amount of bioaccessible mercury was 50–60 percent lower in cooked fish than in raw fish (25).

The way this works is not entirely clear, but appears to be associated with the loss of fat from fish fillets while they are being cooked.

Although cooking fish may be effective at reducing your exposure to many contaminants, it may not work on all contaminants (26).

Summary: Cooking fish appears to reduce the levels of certain contaminants, including PCBs, PBDEs and mercury.

What Are the Benefits of Eating Raw Fish?

There are a few health benefits to eating raw fish.

Observational studies have associated a high intake of heterocyclic amines with an increased risk of cancer (28).

In short, certain aspects of nutritional quality may degrade when fish is cooked.

Additionally, there are other benefits to eating raw fish that have nothing to do with health. Not having to cook saves time and the appreciation of raw fish dishes helps maintain cultural diversity.

Summary: Raw fish does not contain contaminants that may form during the cooking process. It may also provide higher levels of certain nutrients, like long-chain omega-3 fatty acids.

How to Minimize the Risks of Raw Fish

If you enjoy the taste and texture of raw fish, there are several ways you can reduce the risk of parasitic and bacterial infections.

While freezing doesn’t kill all bacteria, it stops their growth and can reduce their numbers (32).

Although marinating, brining or cold-smoking fish may reduce the number of parasites and bacteria they contain, these methods are not entirely reliable for preventing disease (33).

Summary: The best way to get rid of parasites in raw fish is to freeze it at -4°F (-20°C) for at least seven days. Freezing also stops bacterial growth, but does not kill all bacteria.

Eating raw fish is associated with a higher risk of parasitic infections and food poisoning. However, you can minimize the risk by following a few simple guidelines.

For starters, always buy your fish from reputable suppliers.

Additionally, raw fish should be previously frozen, as freezing it at -4°F (-20°C) for a week should kill all parasites.

Store thawed fish on ice in the fridge and eat it within a couple of days.

Following these guidelines, you can enjoy raw fish both at home and in restaurants at minimal risk to your health.