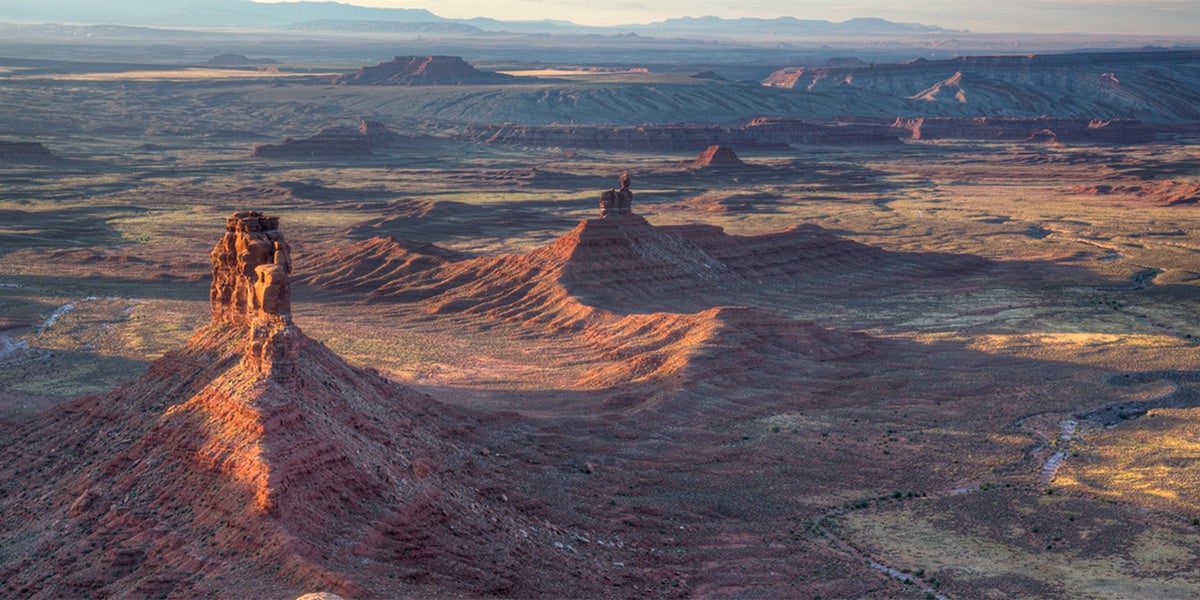 A part of Bears Ears that was lopped off partly due to the work of Downey Magallanes, who will move to BP after Labor Day. U.S. Bureau of Land Management

A Department of the Interior (DOI) official who played an important role in opening public lands to fossil fuel interests has left the federal government to accept a job at BP, The Washington Post reported Monday.

Former DOI Deputy Chief of Staff Downey Magallanes led the review that resulted in Secretary of the Interior Ryan Zinke‘s plan to shrink the Bears Ears and Grand Staircase-Escalante National Monuments in Utah by 85 and 46 percent respectively, Think Progress pointed out.

“Her prior work on behalf of oil, gas and coal, her family’s ties to the coal industry, and the fact that she is headed to BP all point in one direction: that she came to Interior with an agenda to promote fossil fuel development over the interest of the American public,” Southern Utah Wilderness Alliance legal director Stephen Bloch told The Washington Post in an email.

Documents made public in March and June confirmed that allowing access to coal, oil and gas reserves was a large part of the decision to reduce the monuments’ size, as was enabling mining, Think Progress reported.

The Trump administration’s ethics pledge bans former employees from lobbying either their former agencies or anyone in the executive branch for five years after departure, but anonymous sources told The Washington Post that Magallanes will work with Congress. BP has confirmed she will be part of its government affairs team.

Magallanes met three times with BP officials between Jan. 30 and Aug. 31, 2017 while working for DOI, according to an official calendar obtained using the Freedom of Information Act.

On March 16, 2017 she met with BP government and regulatory affairs division officials and on April 25 she met with both BP Exploration (Alaska) and members of the Western Energy Alliance including Colorado-based BP government affairs official Sam Knaizer.

Magallanes’ departure was announced by E&E news Aug. 24, according to Think Progress.

“Downey was an incredible asset and I trusted her to carry out some of the Administration’s highest priority projects,” Zinke said in a statement reported by The Washington Post. “She will be missed in our office and I wish her all the best.”

Magallanes also spoke with excitement about her work at BP, which will begin after Labor Day.

“I am grateful to Secretary Zinke and President Trump for giving me the chance to serve in the Department of the Interior,” she said in an email to The Washington Post. “I look forward to this incredible new opportunity with BP.”

Meanwhile, Native American and environmental groups are fighting in court to reverse the shrinking of the Utah monuments.

“We’ll be working to undo that mischief long after she’s gone,” Bloch told The Washington Post.