Why Trump’s Shrinking of Bears Ears Will Be Reversed 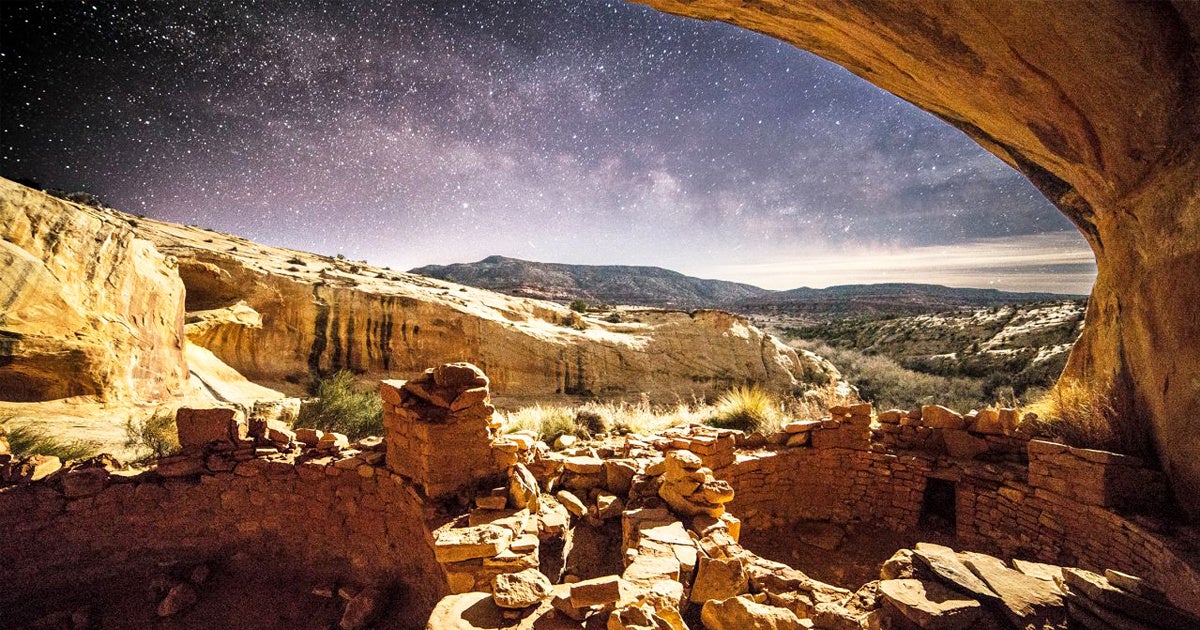 On Dec. 4, President Trump traveled to Utah to sign proclamations downsizing Bears Ears National Monument by 85 percent and Grand Staircase-Escalante National Monument by nearly 50 percent. “[S]ome people think that the natural resources of Utah should be controlled by a small handful of very distant bureaucrats located in Washington,” Trump said. “And guess what? They’re wrong.”

Native American tribes and environmental organizations have already filed lawsuits challenging Trump’s action. In our analysis as environmental and natural resources law scholars, the president’s action is illegal and will likely be overturned in court.

Contests Over Land Use

Since 1906 the Antiquities Act has given presidents the authority to set aside federal lands in order to protect “historic landmarks, historic and prehistoric structures, and other objects of historic or scientific interest.”

When a president creates a national monument, the area is “reserved” for the protection of sites and objects there, and may also be “withdrawn,” or exempted, from laws that would allow for mining, logging or oil and gas development. Frequently, monument designations grandfather in existing uses of the land, but prohibit new activities such as mineral leases or mining claims.

Because monument designations reorient land use away from resource extraction and toward conservation, some monuments have faced opposition from local officials and members of Congress. In the past two decades, Utah has been a flashpoint for this debate.

Utah’s governor and congressional delegation have long argued that these monuments are larger than necessary and that presidents should defer to the state about whether to use the Antiquities Act.

In April, President Trump ordered a review of national monuments designated in the past two decades. Trump directed Interior Sec. Ryan Zinke to recommend steps to eliminate or shrink these monuments or realign their management with Trump administration priorities.

Secretary Zinke’s review was an arbitrary and opaque process. During a rushed four-month period, Zinke visited only eight of the 27 monuments under review. At the end of the review, the Interior Department released to the public only a two-page summary of Zinke’s report.

In September, the Washington Post published a leaked copy of Zinke’s detailed recommendations. They included downsizing, changing management plans, or loosening restrictions at a total of 10 monuments, including three ocean monuments.

Trump’s proclamations on Bears Ears and Grand Staircase-Escalante note the long list of objects that the monuments were created to protect, but claim that many of these objects are “not unique,” “not of significant scientific or historic interest” or “not under threat of damage or destruction.”

As a result, Trump’s orders split each monument into smaller units, excluding large tracts that are deemed “unnecessary.” Areas cut from the monuments, including coal-rich portions of the Kaiparowits Plateau, will be reopened to mineral leasing, mining, and other uses.

In our view, Trump’s justification for these changes mischaracterizes the law and the history of national monument designations.

What the Law Says

The key question at issue is whether the Antiquities Act empowers presidents to alter or revoke decisions by past administrations. The Property Clause of the Constitution gives Congress the power to decide what happens on “territory or other property belonging to the United States.” When Congress passed the Antiquities Act, it delegated a portion of that authority to the president so that administrations could act quickly to protect resources or sites that are threatened.

Critics of recent national monuments argue that if a president can create a national monument, the next one can undo it. However, the Antiquities Act speaks only of designating monuments. It says nothing about abolishing or shrinking them.

Two other early land management statutes—the Pickett Act of 1910 and the Forest Service Organic Act of 1897—authorized the president to withdraw other types of land, and specifically stated that the president could modify or revoke those actions. In contrast, the Antiquities Act is silent on reversing past decisions.

In 1938, when President Franklin D. Roosevelt considered abolishing the Castle-Pinckney National Monument—a deteriorating fort in Charleston, South Carolina—Attorney General Homer Cummings advised that the president did not have the power to take this step. (Congress abolished the monument in 1951).

Congress enacted a major overhaul of public lands law in 1976, the Federal Land Policy and Management Act, repealing many earlier laws. However, it did not repeal the Antiquities Act. The House Committee that drafted the 1976 law also made clear in legislative reports that it intended to prohibit the president from modifying or abolishing a national monument, stating that the law would “specifically reserve to the Congress the authority to modify and revoke withdrawals for national monuments created under the Antiquities Act.”

Since that time, no president until Trump has attempted to revoke or downsize any national monument. Trump’s changes to Bears Ears and Grand Staircase-Escalante depend on an argument that presidential declarations about what a national monument protects are subject to second-guessing by subsequent presidents. These claims run counter to every court decision that has examined the Antiquities Act.

Courts have always been deferential to presidents’ use of the law, and no court has ever struck down a monument based on its size or the types of objects it is designed to protect. Congress, rather than the President, has the authority to alter monuments, should it decide that changes are appropriate.

The Value of Preservation

This summer 118 other law professors, as well as California Attorney General Xavier Becerra and a number of conservation organizations, cited our analysis in letters to Sec. Zinke concluding that the president does not have authority to downsize or revoke national monuments.

Although many national monuments faced vociferous local opposition when they were declared, including Jackson Hole National Monument (now part of Grand Teton National Park), over time, Americans have come to appreciate them.

Indeed, Congress has converted many into national parks, including Acadia, the Grand Canyon, Arches and Joshua Tree. These four parks alone attracted more than 13 million visitors in 2016. The aesthetic, cultural, scientific, spiritual and economic value of preserving them has long exceeded whatever short-term benefit could have been derived without legal protection.

Bears Ears and Grand Staircase-Escalante are home to many natural and archaeological wonders, including scenic bluffs, petroglyphs, burial grounds and other sacred sites, and a rich diversity of plant and animal life. The five Native American tribes that supported protecting Bears Ears, led by the Navajo Nation, have vowed to defend the monuments in court. President Trump’s effort to scale back these monuments oversteps his authority and is unlikely to stand.

This is an updated version of an article originally published on April 27 by The Conversation. It has been edited for YES! Magazine.