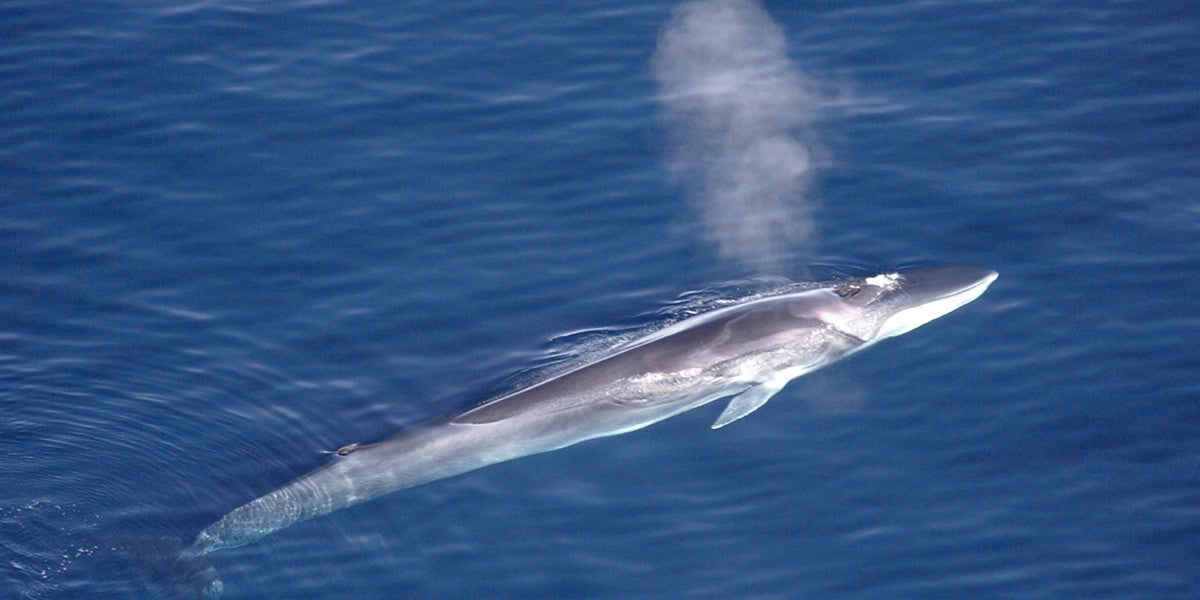 Iceland seems to be the most confused of nations when it comes to whales. On the one hand it attracts international tourists from all over the world to go out and see whales as part of their encounters with Iceland’s many natural wonders. On the other hand it kills whales for profit, with some portion of the kill even being fed to some of the same tourists in restaurants and cafes.

The whaling company Hvalur hf, whose name means “Whale, Inc.” in Icelandic, announced Tuesday it would resume its killing of endangered fin whales after a two-year hiatus. The Icelandic government will allow Hvalur to kill 161 fin whales, as well as allow it to use 20 percent of its self-allocated and unused quota from last year, which means up to 191 whales could be killed. And all of this killing will happen in defiance of the International Whaling Commission’s global moratorium on commercial whaling.

Iceland’s decision will rightly cause outrage all over the world, and the country’s government should really know better.

Hvalur is a 70-year-old killing enterprise, owned by a wealthy citizen with outsized influence in the Land of Fire and Ice. And Hvalur is the principal reason why this otherwise ecologically responsible nation continues to support an ecologically irresponsible practice.

The fin whale, our planet’s second largest animal after the blue whale, is classified as a globally endangered species. During its last hunt, in 2015, Hvalur killed 155 of them. Then the company took two years off apparently because of a declining market for whale meat in Japan. The commercial whaling industry in Iceland also hunts minke whales in defiance of the moratorium.

Iceland’s greenlighting of Hvalur’s actions is especially disappointing and surprising in light of the fact that the U.S. has undertaken a rigorous review process of Iceland’s whaling activities and certified Iceland under the Pelly Amendment, a legal provision that includes potential economic sanctions against nations that are compromising marine conservation goals. The U.S. imposed sanctions under this process for Iceland’s participation in the trade of whale meat and products.

Whales face multiple threats in today’s oceans from pollution, climate change, entanglements in fish nets and ship strike. The global moratorium is needed more than ever, and it’s a shame that Iceland would bow to the will of one man and one company.

Iceland returned to the International Whaling Commission in 2002 with a reservation to the commercial moratorium, a claim 19 member nations objected to at the time. Controversially, Iceland was allowed to vote on its own readmission. At the time, many IWC governments strongly objected because the country, bound by the moratorium to which it had agreed in 1982, had quit and rejoined but then opted out of the single most important conservation measure of the treaty. Countries do not normally quit simply because they don’t like the conservation measures to which they have agreed. You’re either in or you’re out.

Iceland is one of just three nations that conduct and otherwise encourage commercial whaling in defiance of the IWC’s global moratorium, with Norway and Japan being the other two. Japan’s whaling fleet recently returned to port with a kill total of 333 minke whales taken in its months-long hunt in the Southern Ocean Whale Sanctuary in Antarctic waters. Shinzo Abe, Japan’s prime minister, is an unabashed supporter of whaling. The leader likes to invoke cultural arguments even in defense of a rapacious whaling industry that is fundamentally commercial and not genuinely rooted in Japanese tradition.

In this respect, Iceland, Japan and Norway are in the same boat, as nations deeply unmoored from world opinion and sensitivity toward the plight of the whales as a matter of shared feeling and concern. Their continued whaling stands in the way of the urgent work of saving whales from looming threats that require the concerted energy and constructive action of a united global community.