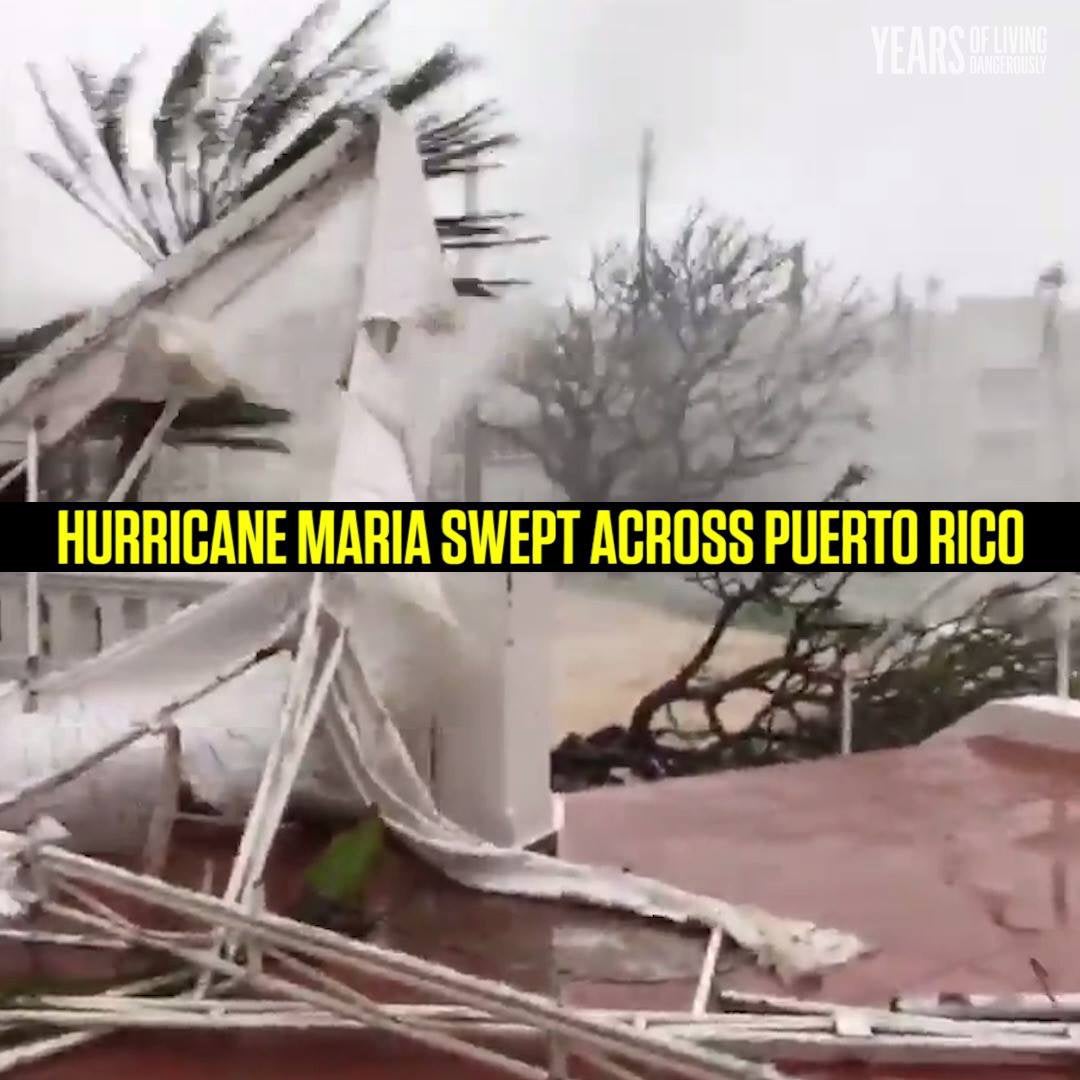 As new Hurricane Maria brings devastation to Puerto Rico, the governor of the island, Ricardo Rossello, has asked Donald Trump to declare the U.S. territory a disaster zone.

He has said that Maria could be the most damaging hurricane to hit the country in more than 100 years.

With maximum recorded wind speeds of 140 mph and rainfall of up to 25 inches or even higher, Mike Brennan, a senior hurricane specialist from the U.S. National Hurricane Center has also warned locals of flash-flooding and “punishing” rainfall. He added that the storm would remain “very dangerous” for the next couple of days.

“Rainfall is going to continue to be a problem there even after Maria’s center begins to move away,” Brennan said. “Everybody there should be prepared to stay safe the rest of the day and into tomorrow morning.”

In nearby Dominica, the principal advisor to Prime Minister Roosevelt Skerrit, said “The island has been devastated. The housing stock significantly damaged or destroyed … The country is in a daze—no electricity, no running water—as a result of uprooted pipes in most communities and definitely to landline or cellphone services on island, and that will be for quite a while.”

As Maria follows on after Hurricanes Irma and Harvey, there is rising anger in the Caribbean about hurricanes and climate change.

There is no one left on the Antigua and Barbuda islands after previous Hurricane Irma effectively destroyed the island’s infrastructure and housing with 185 mph winds. All the inhabitants had to be evacuated.

The islands’ prime minister, Gaston Browne, told IPS on his way to the 72nd UN General Assembly in New York. “Climate change is real. We are the victims of climate change because of the profligacy in the use of fossil fuels by the large industrialized nations.”

He added: “These nations, that have contributed to global warming and sea level rise, have an obligation to assist in the rebuilding of these islands … Our common humanity, as citizens of a common space, called planet Earth mandates a spirit of empathy and cooperation among all nations, large and small.”

The climate deniers in the Trump administration though don’t want to talk about climate change or how our changing climate is making hurricanes more powerful.

Last week, Donald Trump said: “We’ve had bigger storms than this. And if you go back into the 1930s and the 1940s and you take a look we’ve had storms over the years that have been bigger than this.”

But now is the time to talk about climate change. It certainly looks like our changing climate is playing a part, as 2017 looks set to be an unprecedented hurricane season.

According to the meteorologist Eric Holthaus, who tweeted:

There is still uncertainty if Maria will hit the U.S. coastline, but if it does, history will be made. And we are only in September.

According to Mooney: “Rapid strengthening tends to happen when waters are warm, when that warm water is deep, when the atmosphere is moist and when there’s little adverse wind flow that could disrupt the storm, according to research papers on the topic and interviews with experts.”

And our changing climate is warming the waters and adding more moisture to the atmosphere.

So now is the time to talk about climate change. Pure and simple.