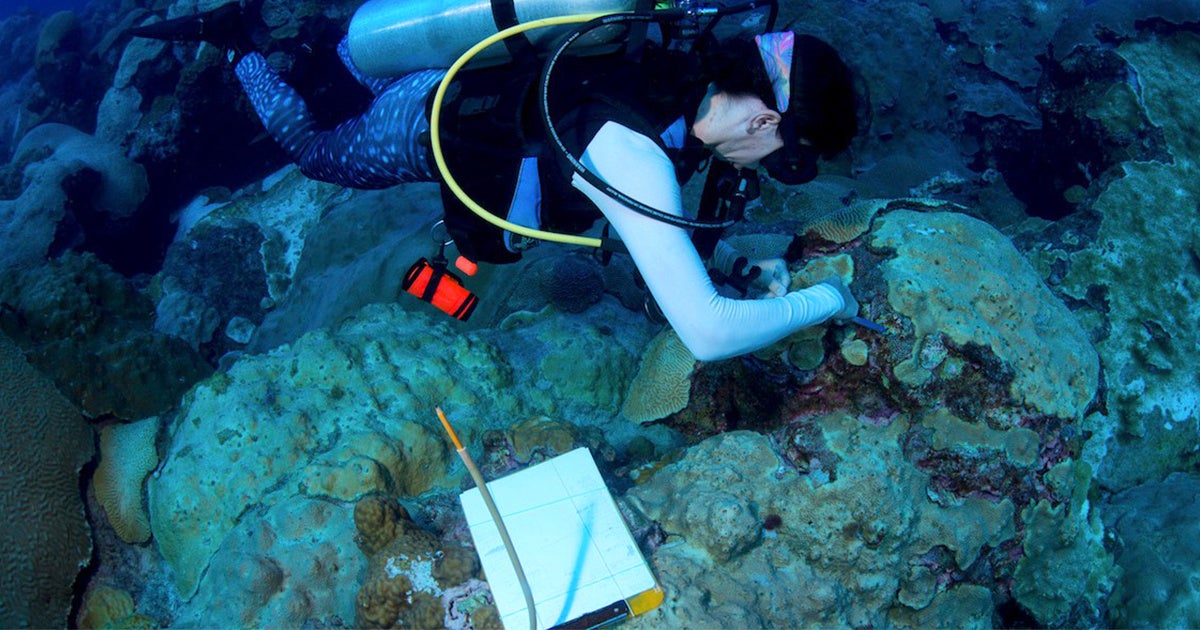 Hurricane Harvey‘s record rains didn’t just unleash a torrent of floodwaters into the Gulf of Mexico—this freshwater could be harming coral reefs which require saltwater to live, according to new research.

After Harvey dumped more than 13 trillion gallons of rain over southeast Texas, researchers detected a 10 percent drop in salinity at the Flower Garden Banks National Marine Sanctuary, located 100 miles off the coast of Galveston, Texas.

“The salinity at one buoy on the reef dropped from 36 to 32 on Sept. 28, but it rebounded to 36 by Oct. 4, and it has been between 35 and 36 since then,” said Rice University marine biologist Adrienne Correa. “We don’t yet know what impact the low salinity had on the reef while it was there.”

Globally, corals occur in a salinity range between 32 and 40, according to the
SEOS Project, which notes that the “sudden decreases in salinity due to high freshwater input by rivers or torrential rains … is seen as a second factor for the disappearance of massive coral reefs in front of large river mouths.”

“In late July 2016 there was a partial die-off on the East Flower Garden Banks,” Correa said. “We didn’t know it was happening until a recreational dive boat happened to go out there and see it. Because we didn’t know about the risk ahead of time, we couldn’t sample on a timeline that made it easy to figure out a mechanism for the die-off.”

This time, “with Harvey, we were able to catch the ‘before’ much better than we were in 2016,” she noted.

Correa hopes Harvey’s floodwater plume continues to travel down the coast to the southwest so it will miss the fragile reefs, since direct hit of floodwater would likely devastate the reefs.

However, she pointed out that even without a direct hit, it is possible that eddies and steering currents in the coming months could bring enough floodwater to the reefs to reduce salinity to dangerous levels.

A destroyed reef can greatly disrupt the larger food chain, as a variety of fish and other marine life depends on it. A
report by the UN’s Food and Agriculture Organization shows that coral reefs are responsible for producing 17 percent of all globally consumed protein. Crucially, coral reefs generate half of Earth’s oxygen and absorb nearly one-third of the carbon dioxide generated from burning fossil fuels.

“When people look at the impact of hurricanes on coral reefs, they often look at physical damage or breakage of reef frameworks by waves and storm surge,” Correa said. “Much less is known about the impacts of freshwater influx from the precipitation associated with a hurricane.”