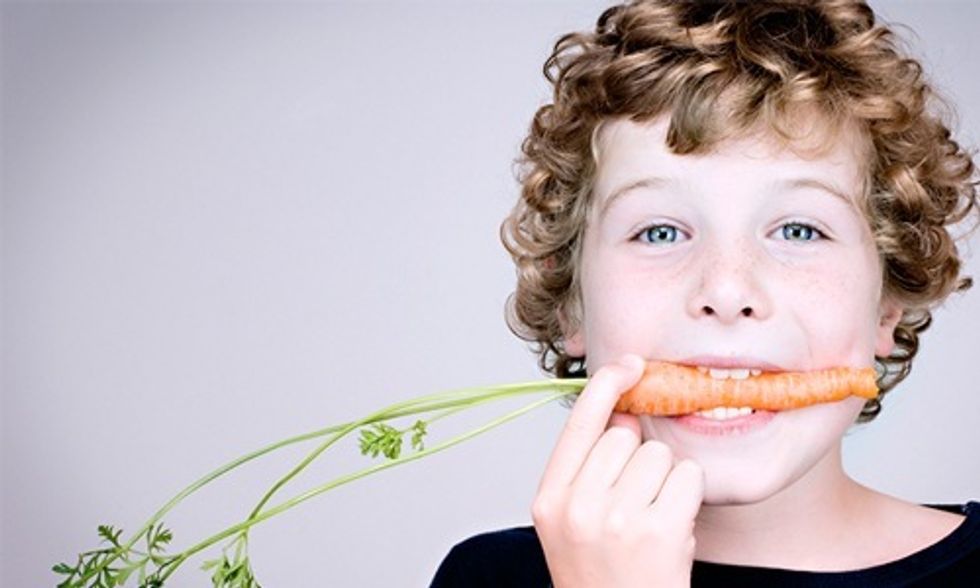 However, research shows that reactions to food may worsen many people's ADHD symptoms.

For this reason, certain dietary changes may help you manage symptoms.

In fact, one diet has been shown to improve symptoms in up to 50–82 percent of children with ADHD.

This article explains what this diet is and how to follow it.

What is ADHD and Does Diet Play a Role?

ADHD is characterized by inattention, impulsiveness and hyperactivity.

Many factors may affect its development. While the exact cause is unclear, research shows a large genetic component (1, 2).

As there is no cure for ADHD, most treatments aim to manage symptoms. The most popular treatments involve behavioral therapy and medication, but research has also been done on dietary interventions (8, 9).

Two main types of studies have looked into the effects of diet on ADHD symptoms:

For a detailed review of these studies, check out this article: Does Nutrition Play a Role in ADHD?

However, it should be noted that dietary modification as a treatment for ADHD is still viewed as controversial.

Bottom Line: ADHD is a common behavioral disorder. While therapy and medication remain the most common treatments, research shows that an elimination diet can help some people manage symptoms.

The main elimination diet used in ADHD research is the Few Foods Diet.

It follows the same principles as other elimination diets, but is generally less restrictive.

Bottom Line: The Few Foods Diet is a three-phase approach to identifying and eliminating foods that may worsen ADHD symptoms.

Twelve studies have examined the effects of the Few Foods Diet on symptoms of ADHD.

Additionally, some of the children showed more than a 50 percent improvement in behavior after the elimination phase of the diet (19, 21, 22, 24).

In one of the studies, these effects were even noticeable on a brain scan when the children ate a sensitizing food (21).

A 2012 review, using eight of these studies, reported an overall effect size very similar to the average effect size of common ADHD medications like Ritalin or Concerta (1, 26, 27).

Several experts agree that the evidence supporting the Few Food Diet is convincing and it is effective for many children with ADHD (8, 10, 11, 12, 13, 28).

Bottom Line: The Few Foods Diet has been shown to decrease ADHD symptoms for some children—often more than half. Less headaches, fits and sleeping problems have also been reported.

What to Eat on the Few Foods Diet

For 1–4 weeks, only eat the foods listed below. If you don't notice improvements to symptoms after 1–2 weeks, you may want to discontinue the diet.

However, the length of this period differs.

Some people see symptoms improve greatly in the first three days, while others don't experience improvements until the second week.

Which Foods Should You Eat?

Which Foods Should You Avoid?

If you find the Few Foods Diet too hard to follow, eliminating the top eight allergens may also give you results. Here are the top 8 allergenic foods (14, 18, 19):

Overall, milk and wheat are the most common offenders. For this reason, sometimes people also start by just eliminating dairy and wheat (4, 15, 23).

Which Food Additives Should You Avoid?

It may also be a good idea to avoid artificial food colorants and preservatives, which have been shown to affect hyperactivity in children (29, 30, 31, 32).

Bottom Line: Stick to the foods on this list as much as possible. However, more moderate restriction may also help improve symptoms.

Many people find it easier to stick to this diet when they have a meal plan to follow.

You can make many delicious meals on the Few Foods Diet.

Here are some menu ideas for the Few Foods Diet:

Bottom Line: Having a meal pattern to follow can help you stick to the Few Foods Diet. You may even want to plan out your meals for the week.

How to Reintroduce Foods

The chart below shows how to reintroduce foods into your diet.

However, it's only one sample and this can be done in many ways. It may also be helpful to keep a diary.

Reintroduce foods every 3–7 days and try to eat the new food twice during the day.

Bottom Line: Introduce a new food every 3–7 days and try to eat it twice in a day. It may be helpful to reintroduce foods on Tuesdays and Fridays, but this is just one reintroduction method.

Following a restricted diet is hard. It may be especially challenging to get your child to stick to a limited diet.

Here is some advice on how to implement the Few Foods Diet:

Bottom Line: Meal prepping, keeping snacks with you on the go and making broth are all things that have helped people stick to this diet.

Who Is More Likely to Respond to the Diet?

Research has shown that younger children and children with the following problems are more likely to respond to the Few Foods Diet (15, 24):

Bottom Line: Younger children and children with problems such as allergies, sleep issues and food cravings are more likely to respond to the Few Foods Diet.

The Few Foods Diet is Not for Everyone

The Few Foods Diet may not work for all people, for several reasons.

First, it's hard to follow. It also requires a lot of planning and a strong will. The first three days are usually the hardest and are when most people give up.

Additionally, the Few Foods Diet is a tool to rule out foods that may affect ADHD symptoms. It is not intended to be followed for longer than 4 weeks.

Restricting foods for too long can lead to nutrient deficiencies and other issues. If possible, it's best to have a health professional supervise the diet.

Lastly, not everyone sees improvements on the Few Foods Diet. Research shows that while it does work for more than 50 percent of people, some people simply don't respond.

Bottom Line: The Few Foods Diet is only intended to be used temporarily and may not work for everyone. If possible, have a health professional supervise the diet.

Studies have shown that the Few Foods Diet can improve ADHD symptoms for more than 50 percent of children.

Exactly how this works is unknown, but it may be due to allergies or food sensitivities.

The Few Foods Diet can help you identify and remove these problematic foods, leading to improved symptoms and a better quality of life.

Fat Is Not the Enemy