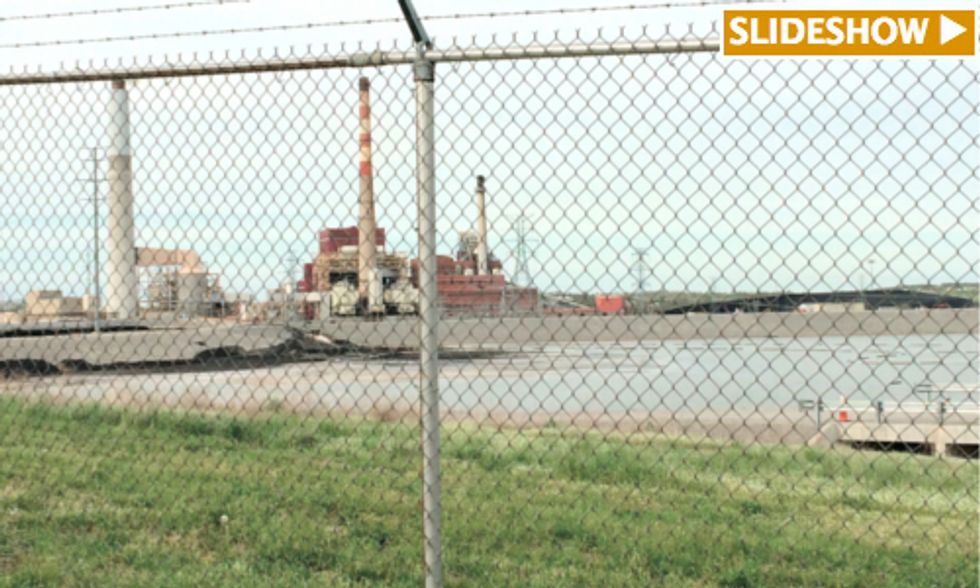 The Kentucky Department of Environmental Protection (KDEP) had knowledge that a utility's pond had been discharging “highly contaminated ‘orange colored’ water” through a drain pipe, but a proposal from Kentucky Utilities remains on the table.

The company apparently wants to discharge even more orange water, which would be a byproduct of a proposed coal ash landfill on top of the main coal ash pond at the 60-year-old E.W. Brown coal-burning power plant, just outside Lexington. The pond is unlined, already contains 26 million tons of ash and is a stone's throw away from residential neighborhoods, vacation homes and Herrington Lake.

In the words of a new study compiled by the Sierra Club and Earthjustice, the proposal would be "piling on a problem" if approved.

“Protecting the health of the local community is critical, and the state must manage these contaminants,” said Deborah Payne, health coordinator for the Kentucky Environmental Foundation. “When metals leach out of coal ash, they can move through groundwater into drinking water supplies, endangering public health.”

The study, Dangerous Waters: America’s Coal Ash Crisis, is a national one that mostly uses Kentucky to exemplify what an issue coal ash is for the communities living near it. According to the report, a person living within one mile of an unlined coal ash pond that co-disposes of coal refuse has a one-in-50 lifetime risk of cancer—more than 2,000 times higher than the EPA goal for cancer risk. According to the EPA, 1.54 million American children live near coal ash storage sites.

Coal-fired power plants in the U.S. produce 140 million tons of the hazardous solid waste each year. Much of it is stored in more than 1,400 sites in 45 states.

Kentucky has 48 coal ash ponds, eight of which are rated "high hazard." With 64,000 acre-feet, the state has the third-largest coal ash storage capacity in the nation. It's  enough to cover the Churchill Downs racetrack under 800 feet of toxic sludge.

The Sierra Club and Earthjustice uncovered KDEP's knowledge of the orange water through a public records request. Tests on the water showed arsenic at more than 14 times the amount determined safe for Kentucky drinking water. A dozen or so springs southeast of the plant's impoundments are discharging contaminants into Herrington Lake—a major recreational and fishing area—which has shown unhealthy levels of mercury, and discharges from the coal ash impoundments show significant levels of selenium. The groups also found that two of the springs contained boron at levels beyond the EPA’s Health Advisory for Children. Herrington Lake flows into the Kentucky River.

"The state has had information about [Kentucky Utilities owner Louisville Gas & Electric's] coal ash contamination for years, and has done nothing to act on it,” Kristin Henry, senior attorney for the Sierra Club, said in a statement. “The problem has persisted and may be getting worse.”

In response to the investigation, KDEP has asked the utility to submit an ash pond closure plan and to explain the impacts of piling tens of millions of tons of coal ash landfill on top of a leaking pond. KDEP's Division of Waste also said it would reissue public notice and open up the proposal for public comments.

"Kentucky power plants generate more than 9 million tons of dangerous coal ash each year, and none of it is federally regulated. Household garbage is better regulated than this toxic mess," Earthjustice attorney Thom Cmar said.

"Kentucky's waters are being poisoned, and Kentucky families are paying the price for lax federal and state oversight."