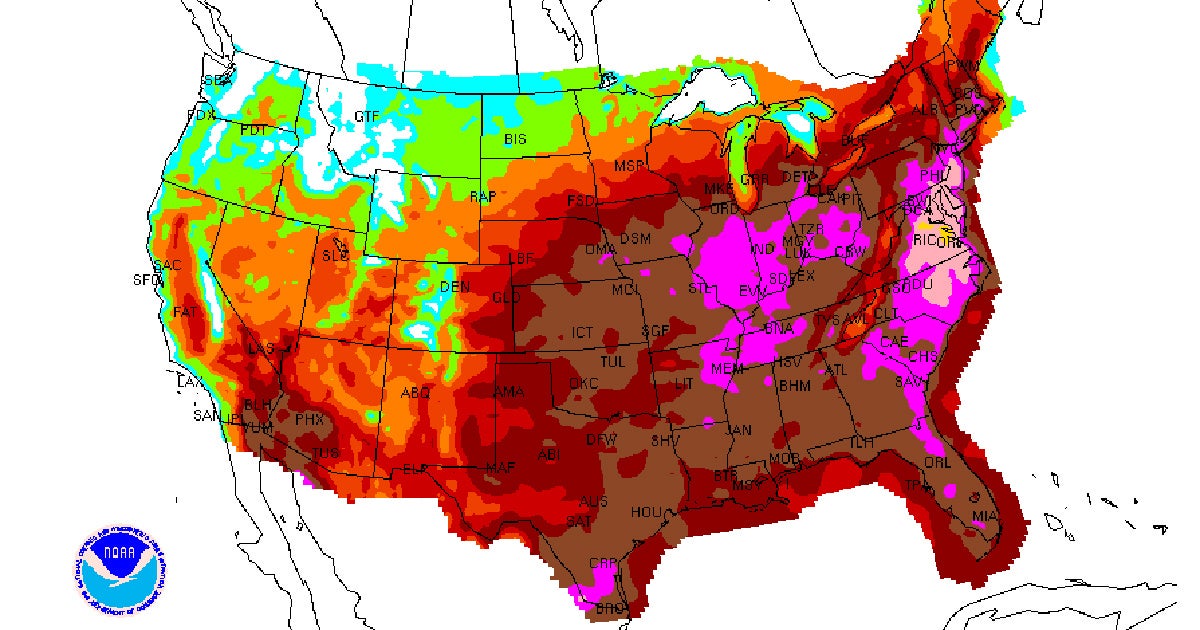 A dangerous heat wave is expected to boil much of the Central and Eastern U.S. beginning Wednesday, The Washington Post reported.

Major cities including Chicago, St. Louis, Washington DC, Nashville, Kansas City, Missouri, Philadelphia and New York could see temperatures soar between 95 and 100 degrees Fahrenheit for at least three days. It will be humid too, with dew points (a measurement of air moisture) more than 70 degrees.

A scorching #heat wave will consume about two-thirds of the country mid to late week into the weekend. About a total of 20 to 30 record highs are possible this #Friday and #Saturday, from the Front Range of the south-central Rockies to the East Coast. #heatwave pic.twitter.com/VtrTlIbWsb

“The prolonged duration of the heat and humidity will potentially become dangerous to those most vulnerable,” the National Weather Service (NWS) warned.

The forecast comes as the Union of Concerned Scientists (UCS) released a report warning that the number of extreme heat days are set to increase over the next few decades if we do not act now to mitigate the climate crisis. The country could get so hot that some days would be “off the charts” of the heat index, the combination of heat and humidity that determines what the weather “feels like.”

The index high-point, currently set at 127 degrees Fahrenheit, is now only exceeded in the Sonoran Desert between California and Arizona, according to Newsweek.

According to our newest report, on average nationally, days with a “feels like” temperature above 90° F will double by 2100 if we fail to #ActOnClimate. Our report page has the full #KillerHeat details. https://t.co/oDofs6knmG

Parts of the U.S. are forecast to get a taste of that future in the coming days.

“Friday will be suffocating across much of the eastern U.S. with the heat index 100 degrees to 110 degrees from the Plains to the Great Lakes and the Middle-Atlantic to NYC,” BAM Weather meteorologist Ryan Maue tweeted, as USA Today reported.

Around 50 million people were living in areas where some type of heat alert was in place as of Tuesday. Those places included the Plains, the Midwest and parts of the East. More warnings could be issued for other parts of the Eastern U.S. later this week.

There’s a very specific reason why this week’s heat wave is in line with predictions for how the climate crisis will impact temperature: It’s likely that dozens of records will be broken for overnight low temperatures, according to the NWS. As The Washington Post explained, models project overnight lows will rise faster relative to daytime highs as the planet warms. Record-high lows present a real health risk because the body does not have a chance to cool down at night.

Heat is already the deadliest extreme weather event in the U.S., according to The Washington Post.