Half the World's Animal Population Vanished Since 1970 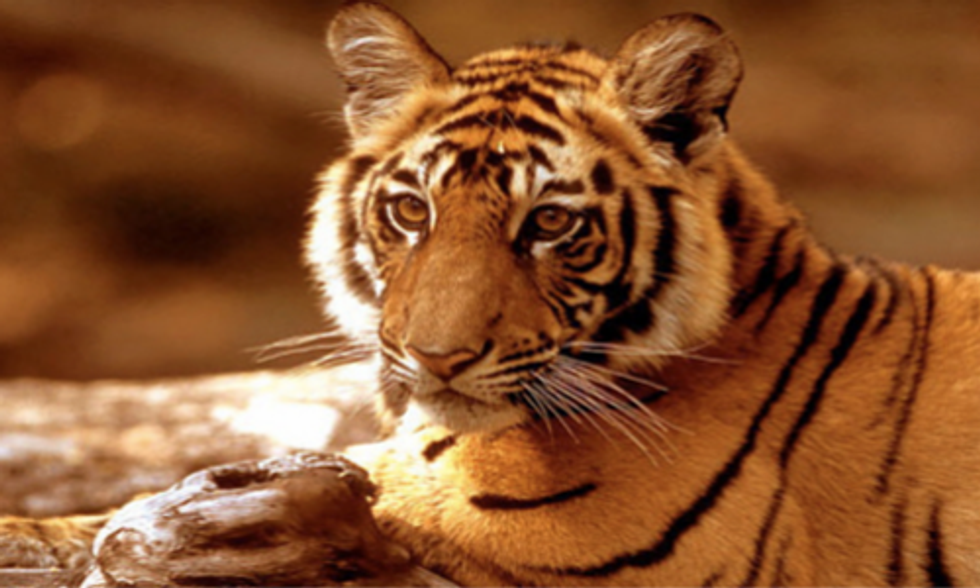 The just-released tenth biennial edition of the World Wildlife Fund (WWF) Living Planet report found that between hunting, habitat destruction, environmental degradation and the effects of climate change, the world's animal populations of mammals, birds, reptiles, amphibians and fish has dropped 52 percent since 1970. The study, produced in partnership with the Zoological Society of London, Global Footprint Network and Water Footprint Network, measured 10,000 species.

""We are using nature’s gifts as if we had more than just one Earth at our disposal," says WWF's Marco Lambertini.

Freshwater species are particularly endangered, losing 72 percent of their numbers in that time. Tropic marine populations, including species of sharks and turtles, as well as seabirds such as petrels and albatross, are also in danger, primarily due to the impacts of overfishing. It found that animals like the African rhino were declining due to poaching for their valuable horn.

"We are using nature’s gifts as if we had more than just one Earth at our disposal," said WWF International general director Marco Lambertini in the report's introduction. "By taking more from our ecosystems and natural processes than can be replenished, we are jeopardizing our very future. Nature conservation and sustainable development go hand-in-hand. They are not only about preserving biodiversity and wild places, but just as much about safeguarding the future of humanity—our well-being, economy, food security and social stability—indeed, our very survival.

The report discusses Earth's biocapacity and how we are overdrawing it, as well as "planetary boundaries"—thresholds beyond which we run the risk of catastrophic changes to life on the planet.

"Three of these nine planetary boundaries appear to have already been crossed: biodiversity is declining far faster than any natural rate; the concentration of carbon dioxide in the atmosphere is already causing significant changes to our climate and ecosystems; and—while converting nitrogen from the air into fertilizer has helped feed the world—nitrogen pollution has become a significant, if under-appreciated, environmental threat," the report says.

“The scale of biodiversity loss and damage to the very ecosystems that are essential to our existence is alarming," said professor Ken Norris, director of science at the Zoological Society of London. "This damage is not inevitable but a consequence of the way we choose to live. Although the report shows the situation is critical, there is still hope. Protecting nature needs focused conservation action, political will and support from businesses.”

Tigers are one of the animal populations that have increased when their habitats are preserved and their populations are protected. Photo credit: Isotta A. Cambone/World Wildlife Fund

Programs to protect various ecosystems from environmental damage and their animal inhabitants from human predation—both those underway and those proposed—make up a significant part of the 168-page report, which is written in layman's terms and copiously illustrated. It found that areas of Nepal where they are protected, the tiger population rose 63 percent between 2009 and 2013. It describes how the rise of "gorilla tourism" in Uganda and Rwanda has caused their populations to rebound. It talks about working to establish a network of marine protected areas in Chile and programs for better wetland management in South Africa, as well as initiatives for environmental protection in Australia, Belize and Denmark.

Lambertini said that while we should "feel a strong sense of urgency," we should also "celebrate a number of positive elements."

"The planet has never been more aware of the problems and the solutions," said Lambertini. "We've never been able to engage so many people across the world. Particular sectors have shown incredible engagement, particularly the private business sector. But what really excites me most is the booming of civil society engagement across the whole world. That's particularly at the local level—community based, local NGOs, groups of concerned citizens are really coming together and creating a new global movement that I think has the potential to turn things around."

illUmiNations: Exposing the Cause Behind the Extinction of Species

Shark Day: A Critical Turning Point for the Survival of Sharks

Ocean Acidification Threatens Economies and Cultures Around the World