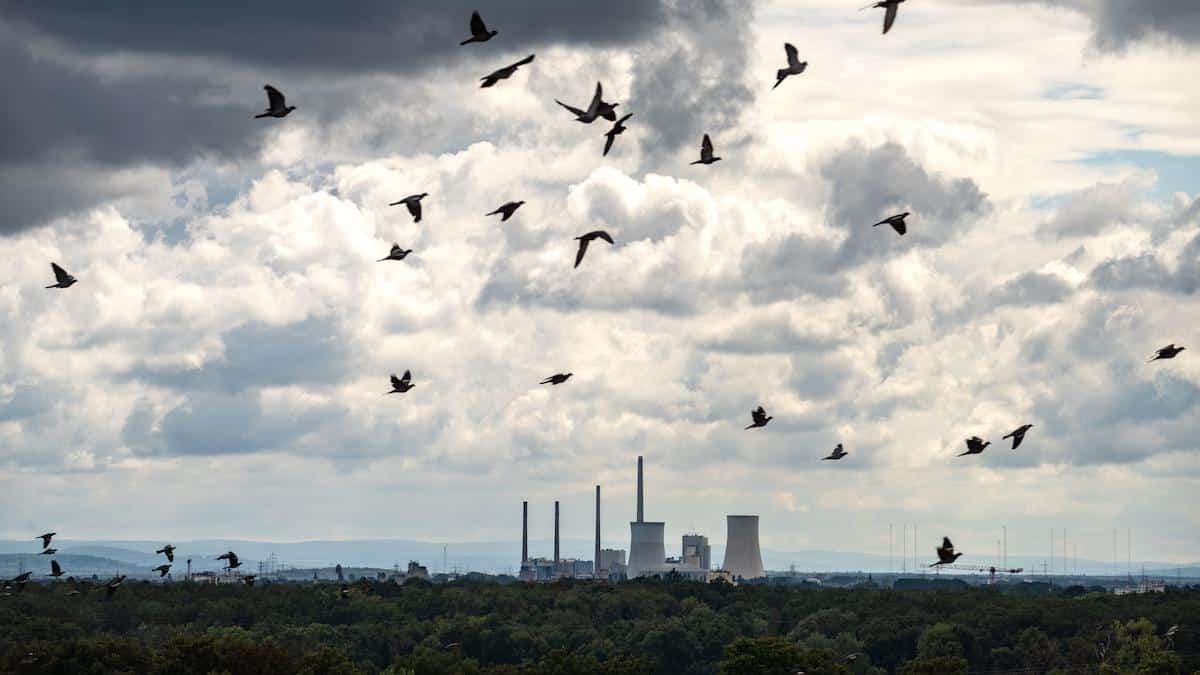 A flock of pigeons flies near the Staudinger coal-fired power plant near Großkrotzenburg, Germany on Aug. 28 2021. Frank Rumpenhorst / picture alliance via Getty Images

The news contained in the Greenhouse Gas Bulletin of the World Meteorological Organization (WMO) comes as world leaders prepare to attend the United Nations climate change conference, or COP26. The summit will aim to coordinate global efforts to combat global warming caused by human-made emissions.

“At the current rate of increase in greenhouse gas concentrations, we will see a temperature increase by the end of this century far in excess of the Paris Agreement targets of 1.5 to 2 degrees Celsius [2.7 to 3.6 degrees Fahrenheit] above pre-industrial levels,” he said. “We are way off track.”

Climate experts agree that increases beyond this level will exacerbate the already more frequent extreme weather situations that Earth has been experiencing over past years, including floods, drought, hurricanes and prolonged heat waves.

“The last time the Earth experienced a comparable concentration of CO2 was 3 to 5 million years ago, when the temperature was 2 to 3°C warmer and sea level was 10 to 20 meters (33 to 66 feet) higher than now. But there weren’t 7.8 billion people then,” said Taalas.

Taalas called for a “dramatic increase” in commitments at the COP26 conference beginning on October 31. 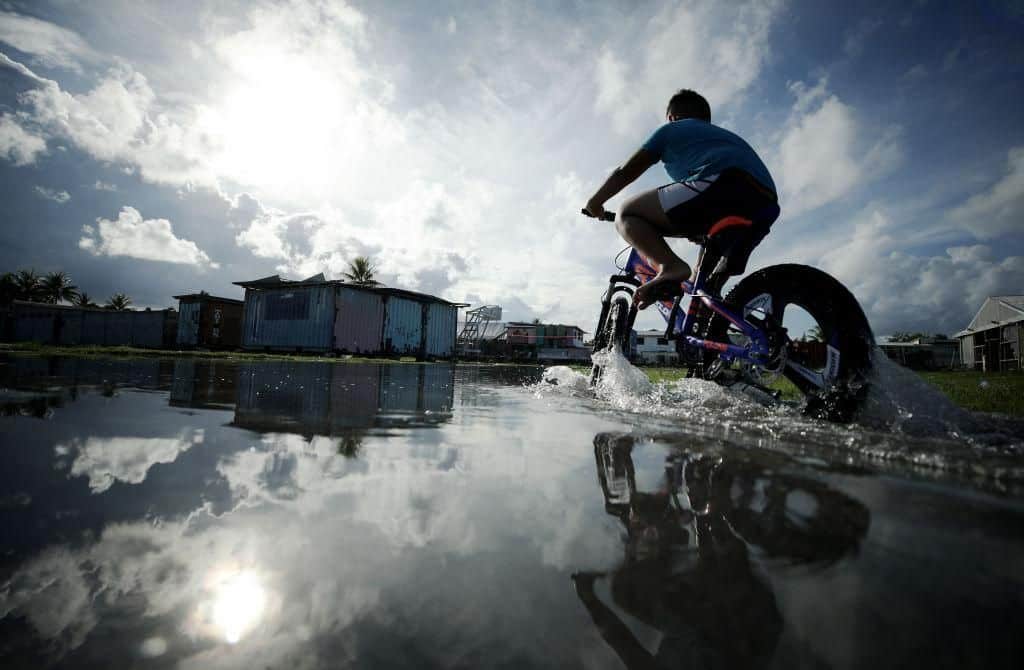 A boy rides his bike through floodwaters in Funafuti, Tuvalu on Nov. 24, 2019. Mario Tama / Getty Images

What Did the WMO Report Say?

Averages of methane, the second-most-significant greenhouse gas, reached a new high of 1,889 parts per billion, up 11 ppb on the year before. That represents 262% more than emissions prior to 1750. Some 60% of methane emissions come from human activity, including agriculture and landfills.

The third-most-important climate-damaging gas, nitrous oxide, reached 333.2 ppb, up 1.2 ppb. That is 123% of pre-industrial levels.

The report also emphasized that because CO2 persists in the atmosphere for a long time, the global temperature will stay elevated for some time even if humankind succeeds in reducing emissions to net zero in the near future.

It said that while emissions dropped by 5.6% last year because of the economic slowdown caused by the pandemic, there had been no discernible effect either on the concentration of greenhouse gases in the atmosphere or the rate of their growth.

What Have Experts Said?

Euan Nisbet, from the University of London’s Greenhouse Gas Group, said the findings showed the Earth was “skidding into a car crash.”

“The disaster gets closer and closer, but you can’t stop it. You can clearly see the crash ahead, and all you can do is howl,” he said.

The director of the Edinburgh Climate Change Institute, Dave Reay, said the WMO report was a “brutally frank” assessment of the achievements of COP summits up to now, which he described as “an epic fail.”