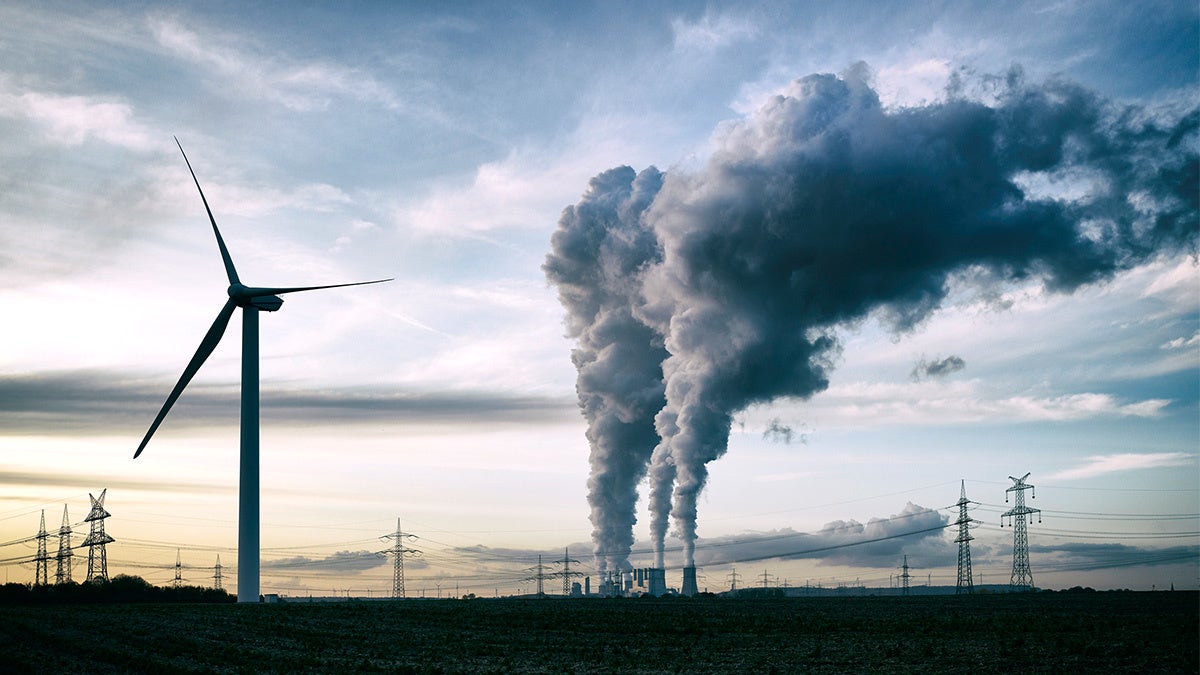 There are many ways to reduce emissions, including moving towards renewable energies. acilo / E+ / Getty Images

A new report from the United Nations found that the world is headed toward climate catastrophe if countries around the world do not reduce their greenhouse emissions drastically and quickly. It came out one week before the 2019 United Nations Climate Change Conference, also known as COP25, opens in Madrid.

The Emissions Gap Report released by the UN Environment Program found that four years after countries signed the Paris agreement and vowed to curtail emissions to stop the worst effects of global warming, countries have ignored the warnings of scientists and continued to expand their carbon footprint, including the world’s two biggest polluters — China and the U.S., as The New York Times reported.

“The summary findings are bleak,” the report said. “Countries collectively failed to stop the growth in global [greenhouse gas] emissions, meaning that deeper and faster cuts are now required.”

The researchers found that to keep the planet within the 1.5 degrees Celsius temperature rise that is the ceiling for avoiding disaster, global greenhouse gas emissions must fall 7.6 percent every year for the next decade, according to The Guardian.

John Christensen of the Technical University of Denmark, a co-author of the report, told The Guardian the requisite emissions cuts were “unprecedented.”

“What we are looking at is really that emissions need to go down by 55 percent by 2030,” said Christensen, as the AP reported. “If you look at the global emissions, they are still going up. (Carbon dioxide) has started to increase again, and it doesn’t look too good.”

However, the report found some hope in political momentum and the growth of technology supporting renewable energy.

“A number of encouraging developments have taken place and the political focus on the climate crisis is growing in several countries, with voters and protestors, particularly youth, making it clear that it is their number one issue,” the report says. “In addition, the technologies for rapid and cost-effective emission reductions have improved significantly.”

While the technology is there, the global effort required to avoid catastrophe is daunting. As The Guardian noted, the only time in recent history that any country made a significant cut in emissions happened during the collapse of the Soviet Union and briefly during the global financial crisis when emissions in the U.S. and Japan fell by 6 percent, but quickly went back up.

“We need quick wins to reduce emissions as much as possible in 2020,” said Inger Andersen, who heads the UN Environment Program, as the UN reported. “We need to catch up on the years in which we procrastinated.”

The timing of the report just before the COP25 conference could put pressure on governments around the world to reverse course quickly.

“This is urgent, but we can do it,” said Elliot Diringer of the Center for Climate and Energy Solutions, a climate policy think tank in Washington, DC, to NPR. He added that the annual Emissions Gap Report “heightens even further the public and political pressure on governments to do their utmost.”

The researchers found that global greenhouse emissions have risen 1.5 percent every year for the last decade. That continued rise in emissions has the world on course for climate catastrophes, including more intense droughts, stronger storms and widespread food insecurity by midcentury, as The New York Times reported.

UN officials are pleading with governments that have committed to targets for reducing their emissions to see if they can do more. The UN officials insist insisted that industries like power, transport, building and shipping can find opportunities to lower their emissions too, as the AP reported.

The Emissions Gap Report noted that if every country in the Paris agreement met their targets — even though the U.S., Brazil, Australia and many others are not on track to do so — that global temperatures will rise 3.2 degrees Celsius above pre-industrial times, which is above the limit scientists consider safe, as The New York Times reported.

Yet, there is a way to change this trajectory. As The New York Times noted, there are many ways to reduce emissions, including quitting the combustion of fossil fuels, especially coal, stopping deforestation, moving towards renewable energies and reducing the number of gas and diesel cars on the road.

“This is a new and stark reminder,” said Teresa Ribera, Spain’s minister for ecological transition, in an email to The New York Times. “We urgently need to align with the Paris Agreement objectives and elevate climate ambition.”