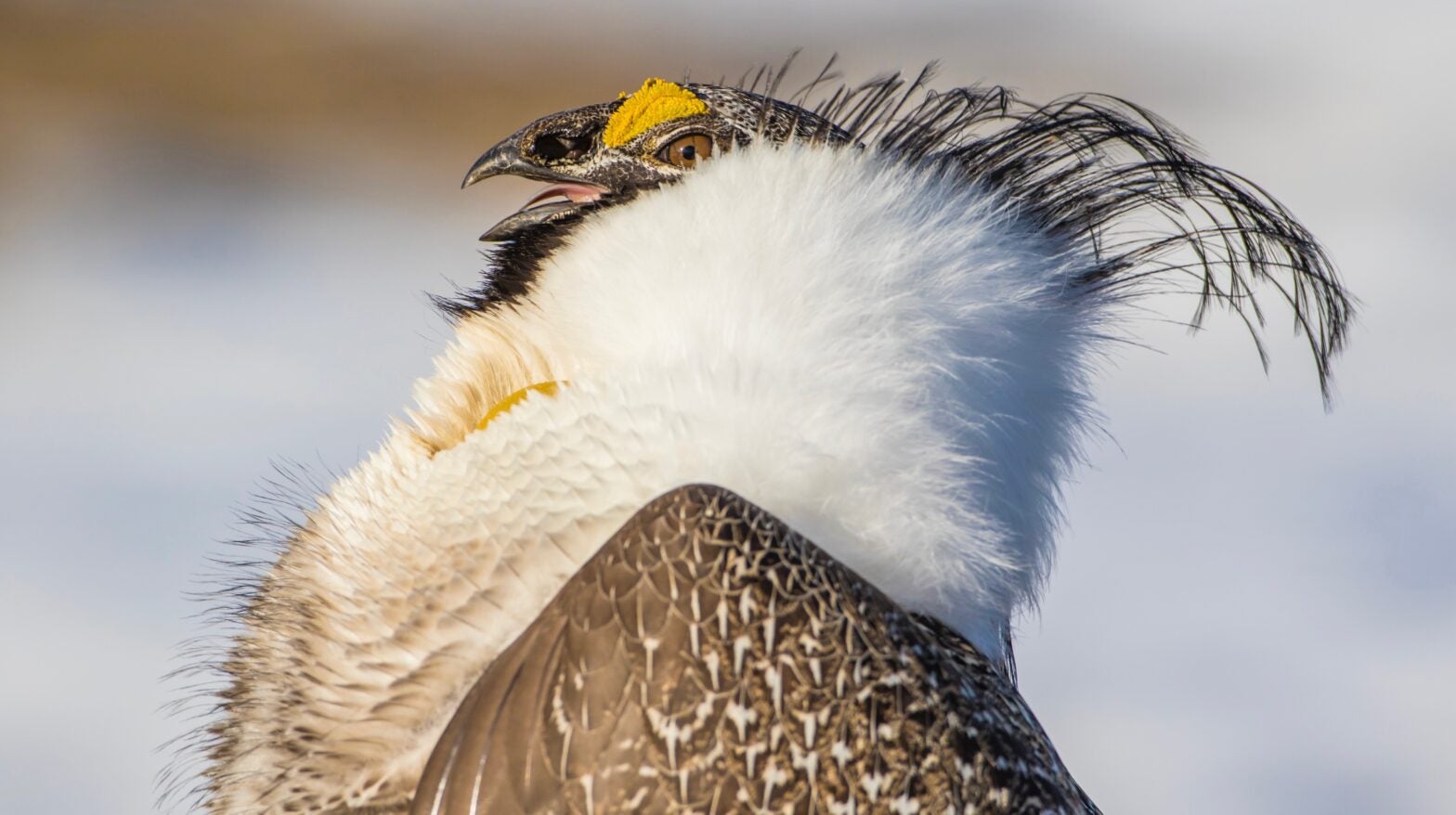 The
Interior Department‘s Bureau of Land Management published proposals on Thursday designed to roll back critical measures that protect the imperiled greater sage grouse on public lands in order to boost fossil fuel development and mining in the American West.

The spectacular bird once numbered
16 million and roamed across 13 Western U.S. states and three Canadian provinces. But rampant oil and gas development and other factors have cut its habitat in half. Its population has significantly plunged to an estimated 200,000 to 500,000 individuals across 11 western states and southern Alberta.

In 2015, the charismatic bird saw a glimmer of hope with the
Greater Sage Grouse Conservation Plan, which then-Interior Secretary Sally Jewell called a “truly historic moment—one that represents extraordinary collaboration across the American West.” A remarkable coalition of scientists, ranchers, environmental groups, extractive industries, federal agencies and state and local governments worked together to create a management plan for the keystone species.

As the
New York Times explained, that Obama-era effort to protect the sage grouse set out to ban or sharply reduce drilling in 10.7 million acres of its habitat.

But the Trump administration’s plan would effectively limit the grouse’s protected habitat to a mere 1.8 million acres, “essentially opening up nine million acres of land to drilling, mining and other development,” the paper said.

Much to Grouse About: Interior Department Calls for Changes That Could Threaten Sage Grouse Protection https://t.co/qy31MMPwkb @foe_us

“Do they do it in exactly the same way? No. We made some change in the plans and got rid of some things that are simply not necessary,” he added.

“Out West we know a deal is a deal. To have plans that took years of work, backed by good science and strong public support, brought into question is disheartening, a waste of tax-payers money and will threaten our public lands,” Brian Rutledge, director of Audubon’s Sagebrush Ecosystem Initiative, said in a
press release.

Trump is about to #frack 9 million more acres out west. This is your public land, it belongs to every American. Trump is about to steal it and give it away to big oil and gas. https://t.co/Ufc1XtqRsu

The Center for Biological Diversity said it’s not just the sage grouse at risk, but also hundreds of other sagebrush-dependent wildlife species.

“These plans show that Zinke will stop at nothing to make it easier for polluting industries to mine and
frack every last acre of the West,” Michael Saul, a senior attorney at the Center for Biological Diversity, said in a press release emailed to EcoWatch. “This is a huge step backward for greater sage grouse and for hundreds of other species that depend on unspoiled public land.”

“It’s hard to pretend at this point that Zinke is a steward of America’s public lands: he acts more like a pillager,” McEnaney said in an
online statement. “This rolls back a conservation plan that was carefully crafted by states, ranchers, conservationists and public officials to protect this iconic western bird and the unique sagebrush landscape it inhabits. Zinke’s move to unravel it is his single largest land use decision to date. It has no basis in science—it’s a bald-faced giveaway to the oil and gas industry.”