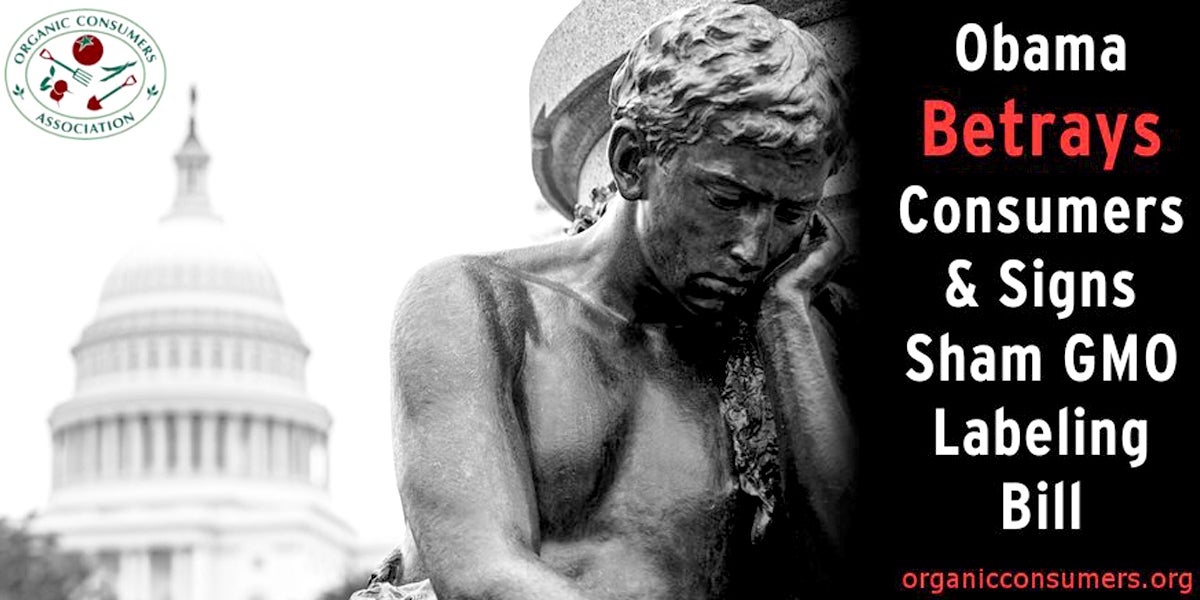 On March 12, 1930, Mahatma Gandhi and a small band of supporters set off on a 241-mile march across western India. Gandhi had devised the walk as an act of nonviolent protest against the British colonial government’s salt monopoly, which placed tariffs on the mineral and forbid Indians from producing it. Upon arriving at the coastal city of Dandi in early April, he illegally collected salt from the seaside as a symbolic act of defiance against the British Raj. His actions sent shockwaves across the subcontinent, inspiring scores of Indians to flout the salt tax and launch strikes and boycotts against colonial institutions. Gandhi and some 80,000 others were soon arrested, but not before their peaceful protest had captured the world’s attention and demonstrated the power of mass resistance to British rule. — Remembering Gandhi’s Salt March, by Evan Andrews

Join 500,000 consumers who are boycotting brands owned by companies that refuse to label. https://t.co/jRMur2lJLh pic.twitter.com/IuwKOyLyue

S.764, known by its opponents as the DARK (Deny Americans the Right to Know) Act, preempts Vermont’s mandatory GMO labeling law and substitutes in its place a federal bill that, no matter how Obama and his Congress try to spin it, is not mandatory and does not require labels—at least not labels that anyone can read. Not to mention that most GMO ingredients will be exempt under this fake “law.”

I could, once again, list all the reasons this bill fails consumers. But I and others have already done that countless times, to no avail. The bill is a sham, a slap in the face to the 90 percent of Americans who support labeling. It’s an attack on states’ rights. It’s another “gift” to Monsanto and Big Food.

And, for anyone who still harbored any doubt, S.764 is proof that our Democracy is broken, that our lawmakers answer to Corporate America, not to us, the people who elect them.

It would be easy, after four-and-a-half years of non-stop fighting for labels, to cave in to despair. But let’s not give Monsanto the satisfaction. Because the truth is, while we may not always be able to win in a policy arena awash in corporate money, we, as consumers, still have tremendous power to influence the marketplace.

It’s time to wield that power. Against poison-peddling biotech corporations. Against food companies that hide the truth about what’s in their products. Against those “leaders” in the organic industry who sold us down the river on GMO labeling.

If Vermont mounts a legal challenge to the DARK Act, we will endorse that effort. But in the meantime, we will channel our anger, our disappointment and above all, our energy, into the marketplace. Because that’s where we as consumers will have last word.

Retweet if you agree with Jane Goodall. #ThursdayThoughts pic.twitter.com/tvXKAeNWX8

What We’ve Accomplished So Far

Before we get on to what’s next, let’s look at what the GMO labeling movement accomplished, despite passage of the DARK Act.

We educated a critical mass of American consumers about the health and environmental hazards of GMOs and the toxic chemicals that accompany them. When we started this battle, public awareness of genetically engineered food and crops and the damage they inflict on the environment and human health, was marginal at best. Today “GMO,” “Monsanto” and “glyphosate” are household words.

We’ve doubled demand for organic and grass-fed food in the U.S. over the past six years. Organic food and grass-fed meat and animal products are now a $50-billion-a-year powerhouse, the fastest-growing segment of the food system. The market for non-GMO labeled products has grown to $25 billion. Organic, grass-fed and non-GMO foods now constitute approximately 10 percent of all grocery store sales and represent a growing segment of restaurant sales as well.

We forced multi-billion-dollar junk food conglomerates, including General Mills, Kellogg’s, Campbell’s, Mars, Pepsi, Frito-Lay, Dannon, Con-Agra and others to start labeling their products as GMO or else remove GMO ingredients, ahead of the July 1 date for the (short-lived) enactment of Vermont’s GMO labeling law. Now that Vermont’s law has been preempted, we need to pressure these companies to keep labeling—or we’ll call for a boycott of all of their organic products, including their organic brands.

We’ve alerted millions of consumers that they can’t trust the mass media, regulatory agencies or the scientific establishment. If consumers or farmers want truthful information about food and farming they need to tune in to the alternative and social media. This alternative media includes the mass circulation newsletters, websites and Facebook pages of groups like Mercola.com, the Organic Consumers Association, Center for Food Safety, Food Democracy Now, Friends of the Earth, Pesticide Action Network, Moms Across America, Regeneration International, Seed Freedom and hundreds of others that refuse to regurgitate industry propaganda. We need to keep supporting the truth-seekers, like U.S. Right to Know, as they continue to expose Big Food’s dark secrets.

Where We Go From Here

It was worth fighting for labels on GMO foods. But we’ve always known that labels were just one tool in the toolbox. And that the GMOs in the food in our grocery stores are just one piece of a big, bad, dangerous puzzle.

Only about 20 percent of GMOs go into the food we buy. The other 80 percent of all GMO crops go into either animal feed or ethanol fuels. The growing of those crops, which requires millions of tons of pesticides and chemical fertilizers, exacts a terrible toll on our soils, our waters, our health, our future.

It’s time to mobilize public consciousness and market pressure and transform our entire degenerate chemical- and energy-intensive industrial food and farming system into a system that regenerates—a system that can restore biodiversity and revitalize public health, animal health, the environment, rural communities and the body politic, while drawing down billions of tons of excess CO2 from the atmosphere and safely sequestering this carbon in the soil and forests, where it belongs.

It’s time to drive GMOs off the market, for good.

In the coming weeks and months, we will launch critical new campaigns, some of them international in scope, designed to pressure the bad actors in the food industry to clean up their acts—or risk plummeting sales.

In the meantime, consumers can join the 500,000 people who have already begun exercising their marketplace clout by choosing to boycott brands, including organic brands owned by junk food giants who helped defeat labeling laws. You can download our Boycott/Buycott app here.

We also urge U.S. consumers to join citizens around the world in endorsing the International Monsanto Tribunal, a citizens’ tribunal which will take place October 15-16 in The Hague, Netherlands.

As we look to the future of this movement, let’s not forget the past. Now would be a good time to take a page out of Gandhi’s playbook.

Ronnie Cummins is international director of the Organic Consumers Association and a member of the Regeneration International steering committee.