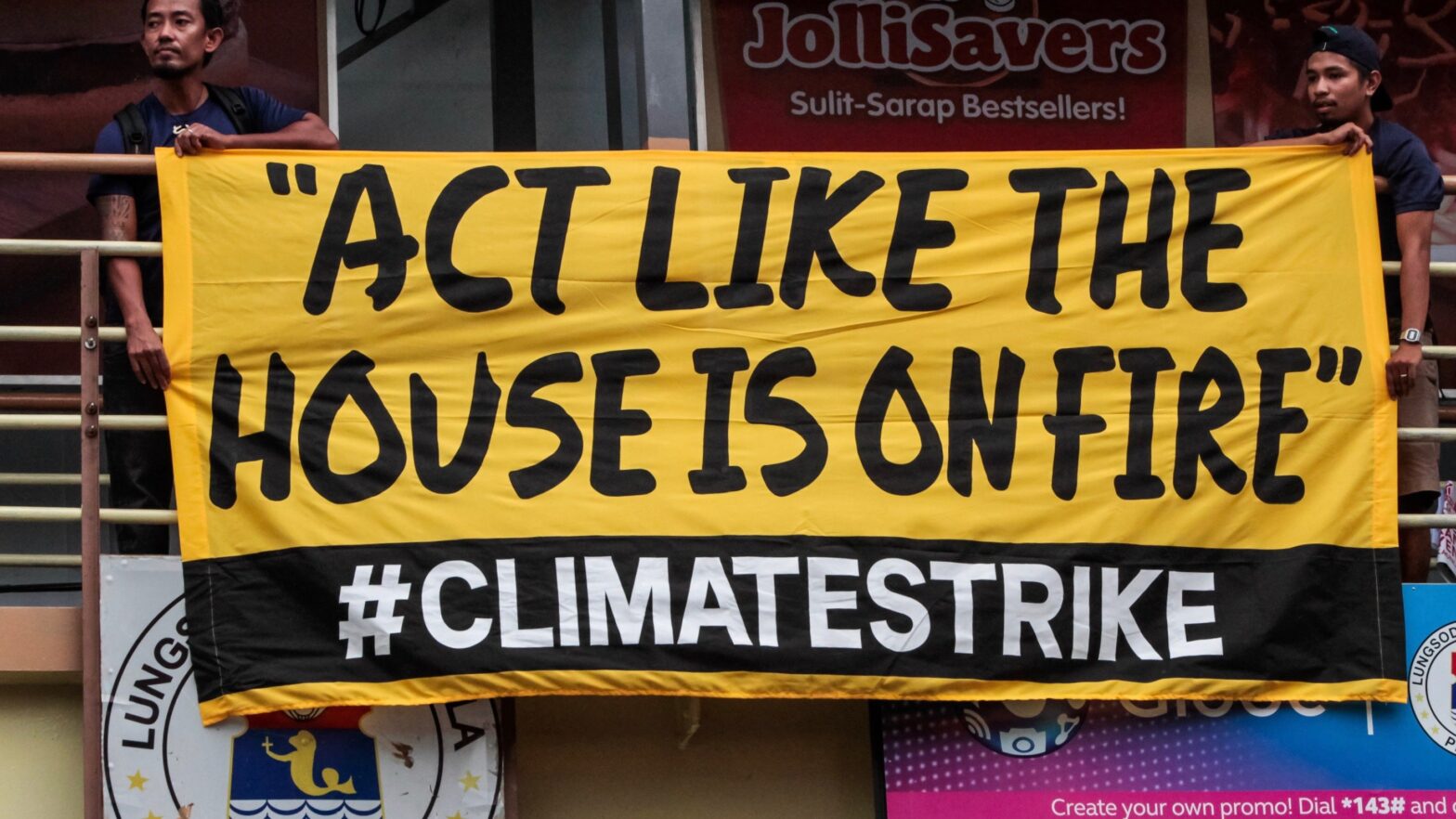 May 24 climate strike in the Philippines. Leo Sabangan / 350.org

At least 1,006 Amazon employees have pledged to walk out in support of the global climate strike planned for Sept. 20.

The action, announced Monday, will mark the first time that employees at Amazon’s Seattle headquarters have participated in a strike since the company was founded 25 years ago, Wired reported.

“It’s incredibly important that we show up and support the youth who are organizing this kind of thing, because I think it’s really important to show them, hey, you have allies in tech,” Amazon software engineer Weston Fribley told Wired.

We want Amazon to commit to zero emissions by 2030 and pilot electric vehicles first in communities most impacted by pollution. We should be leaders reaching zero first, not sliding in at the last moment.

Global climate strikes are being organized by Greta Thunberg‘s Fridays For Future to coincide with the United Nations Climate Action Summit, which begins Sept. 23. But Amazon’s participation in the strike also grows out of the organizing of Amazon Employees for Climate Justice (AECJ), who circulated a letter in April calling on the company to take concrete actions to fight the climate crisis. They also backed a shareholder resolution outlining a more aggressive climate policy, which was voted down in May. However, their agitation did prompt Amazon to announce Shipment Zero, its first ever pledge to reduce shipping emissions, Amazon employee and walkout organizer Rebecca Sheppard told The Guardian. The pledge commits Amazon to making 50 percent of its shipments net zero by 2030, but only applies to shipping itself, not the emissions of data centers.

“As soon as Greta Thunberg called for a global climate strike, AECJ members wanted to know how we could help,” Sheppard told The Guardian. “We also needed to escalate our campaign. We’ve been seeing management listen but we haven’t seen management understand. They’re not giving us concrete commitments. They’re not feeling the urgency.”

The employees, however, are. Since the walkout was announced internally last week, more than 1,000 have agreed to participate, Sheppard said.

The second and third demands grew out of recent news reports, Wired explained. An April investigation by Gizmodo revealed that the Amazon Web Services, which is in charge of cloud computing, was pursuing the business of fossil fuel companies. Then, a July report by The New York Times uncovered that Amazon had put ,000 towards an event organized by climate-denying think tank the Competitive Enterprise Institute.

Amazon employees think their company can do better.

“There’s so many tools and capabilities within Amazon that it can really be a leader in this,” Twitch product designer Danilo Quilaton told Wired. “That’s all I want as an employee of Amazon—to work for a company that’s taking climate change seriously and leading the push forward.”

In a statement to Wired, the company did not mention the walkout but insisted it was acting on the climate crisis.

“Playing a significant role in helping to reduce the sources of human-induced climate change is an important commitment for Amazon,” the company said in a statement emailed to Wired. “We have dedicated sustainability teams who have been working for years on initiatives to reduce our environmental impact.”

So many politicians spend their time dividing and distracting people instead of facing up to the challenges of the climate crisis.