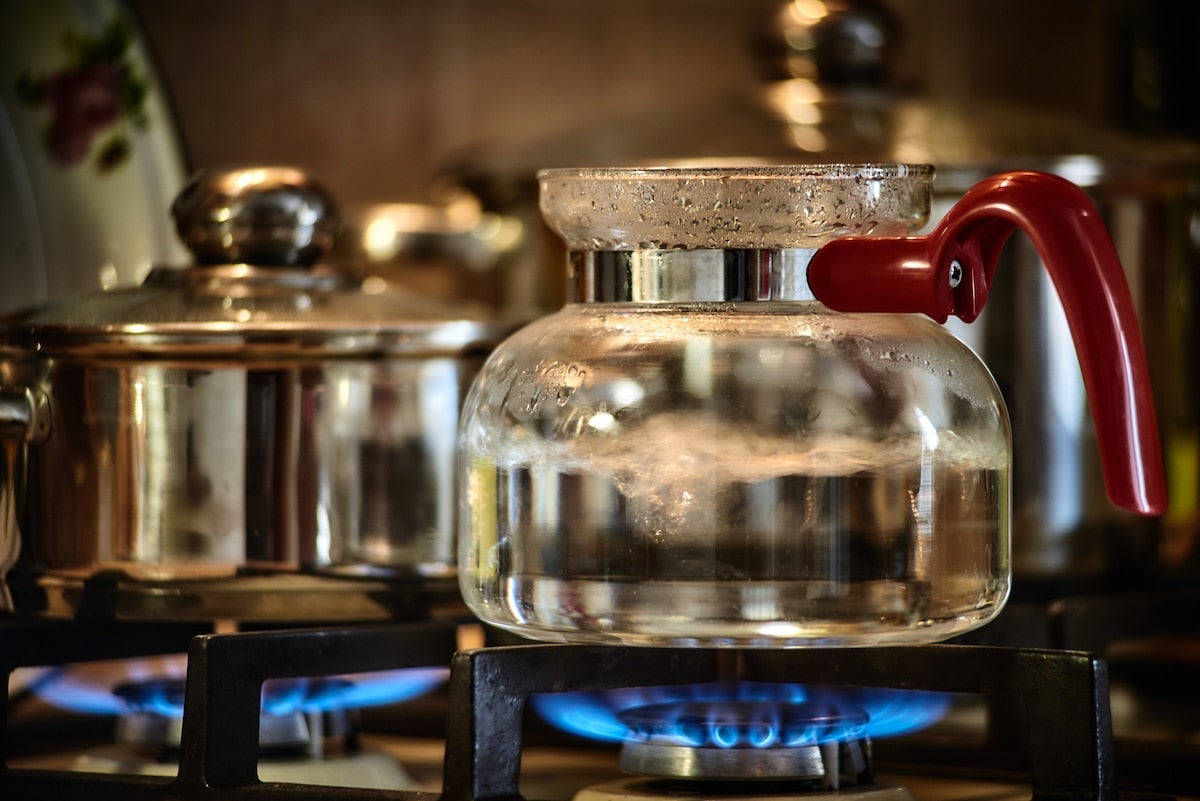 A pot and kettle on a gas stove. nikamata / iStock / Getty Images Plus

Gas stoves emit methane even when they are not in use, a new study has found, and this makes them a bigger contributor to the climate crisis than previously believed.

The research, published in Environmental Science & Technology Thursday, concluded that the annual methane emissions from gas stoves in the U.S. are equivalent to about half-a-million cars’ worth of carbon dioxide.

The research team measured the methane and nitrogen oxide releases from 53 gas stoves in California homes, a Stanford University press release explained. They looked at 18 different brands ranging between three and 30 years old. Unlike most previous studies, the researchers measured the emissions when the stoves were turned off as well as when they were lit, in use and extinguished.

“Surprisingly, there are very few measurements of how much natural gas escapes into the air from inside homes and buildings through leaks and incomplete combustion from appliances,” study lead author Eric Lebel, who conducted the research as a graduate student in Stanford’s School of Earth, Energy and Environmental Sciences, said in the press release. “It’s probably the part of natural gas emissions we understand the least about, and it can have a big impact on both climate and indoor air quality.”

Specifically, the researchers found that more than three-fourths of the methane emissions that they measured occurred when the stoves were switched off. Since more than 40 million U.S. homes cook with gas, this is likely a major addition to the amount of greenhouse gas emissions that the U.S. Environmental Protection Agency (EPA) calculates for residential appliances. The researchers calculated that the actual emissions were likely 15 percent higher than the EPA estimate from 2019, CNN reported.

All told, the researchers calculated that gas stoves pump 2.6 million tons of methane into the atmosphere each year, or the equivalent of 500,000 cars, AP News reported. The findings come the same week that another report found that just 30 Permian Basin oil and gas facilities also leak half-a-million cars worth of methane emissions each year. The Stanford findings are another example of how methane leaks are a major climate concern.

“This new study confirms what environmental advocates have been saying for over a decade now, that there is no [such thing as] clean gas — not for our homes, not for our communities and not for the climate,” Sane Energy community engagement coordinator Lee Ziesche, who was not involved with the research, told CNN. “From the drilling well to the stoves in our kitchens, fracked gas is harming our health and warming the planet.”

The study also has public health implications. The researchers found that using a gas stove without a hood or proper ventilation could expose you to levels of nitrogen dioxide pollution deemed unhealthy by the EPA in outdoor settings for one hour of exposure, the press release explained. Unlike methane, the nitrogen oxide (NOx) exposure depends more on the stove’s use.

“So if you turn another burner on, use a bigger burner, or turn it higher, all these things will create more NOx,” Lebel told CNN. The concentration of those gases is “dependent on how big your kitchen is, what your ventilation is in your kitchen, all those things matter.”

The study adds weight behind electric stoves in the debate over which are better. A number of cities in states including California, New York and Massachusetts have begun to phase out natural gas hookups in new homes. But what if the decision isn’t taken out of your hands by changing policy?

However, renewable energy advocates say that switching to electric no matter what will make the transition to clean energy sources easier, according to CNN. Further, Jackson said that electric stoves didn’t pose the same health risks.

“I don’t want to breathe any extra nitrogen oxides, carbon monoxide or formaldehyde,” Jackson said in the press release. “Why not reduce the risk entirely? Switching to electric stoves will cut greenhouse gas emissions and indoor air pollution.”