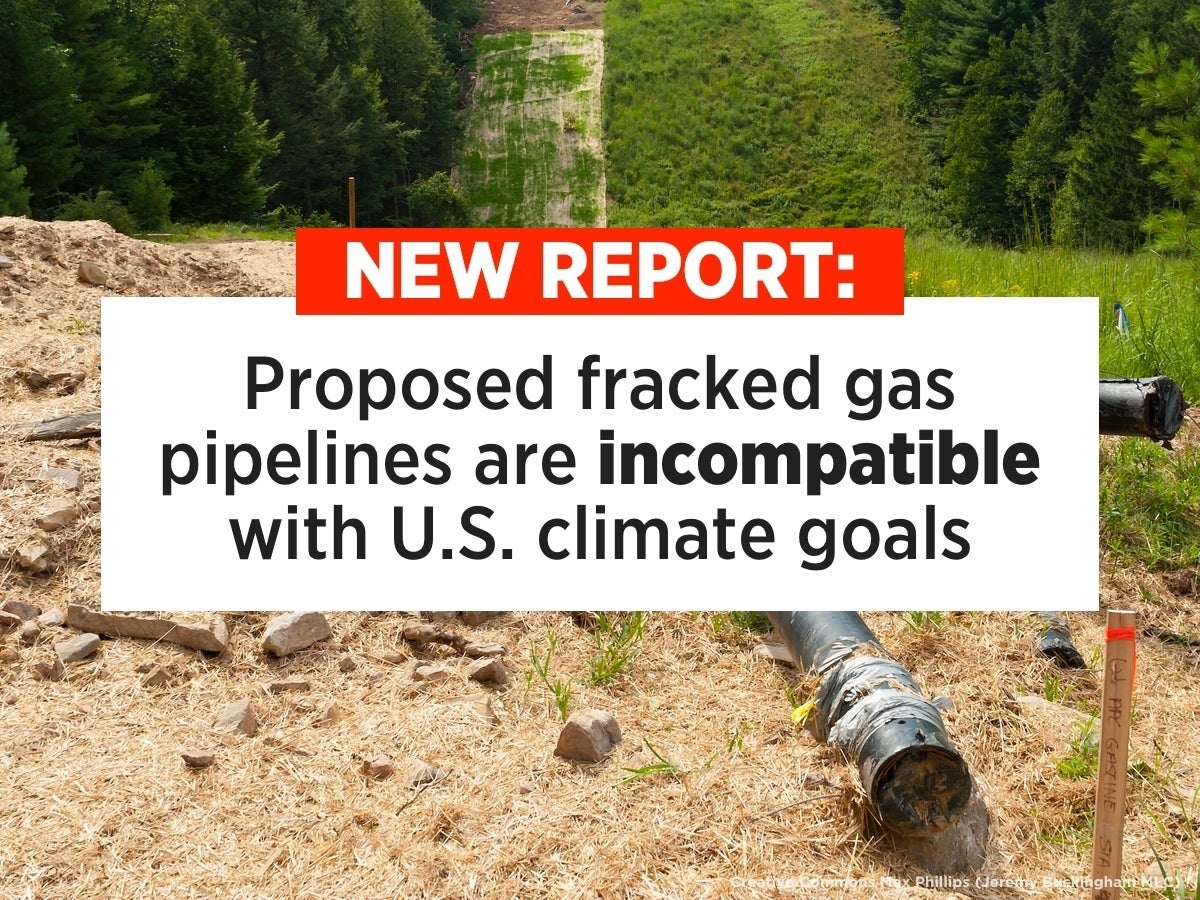 The U.S. will burst through its emission-reduction target under the Paris climate agreement if the 19
natural gas pipelines proposed in the Appalachian Basin come to fruition, according to a new study. 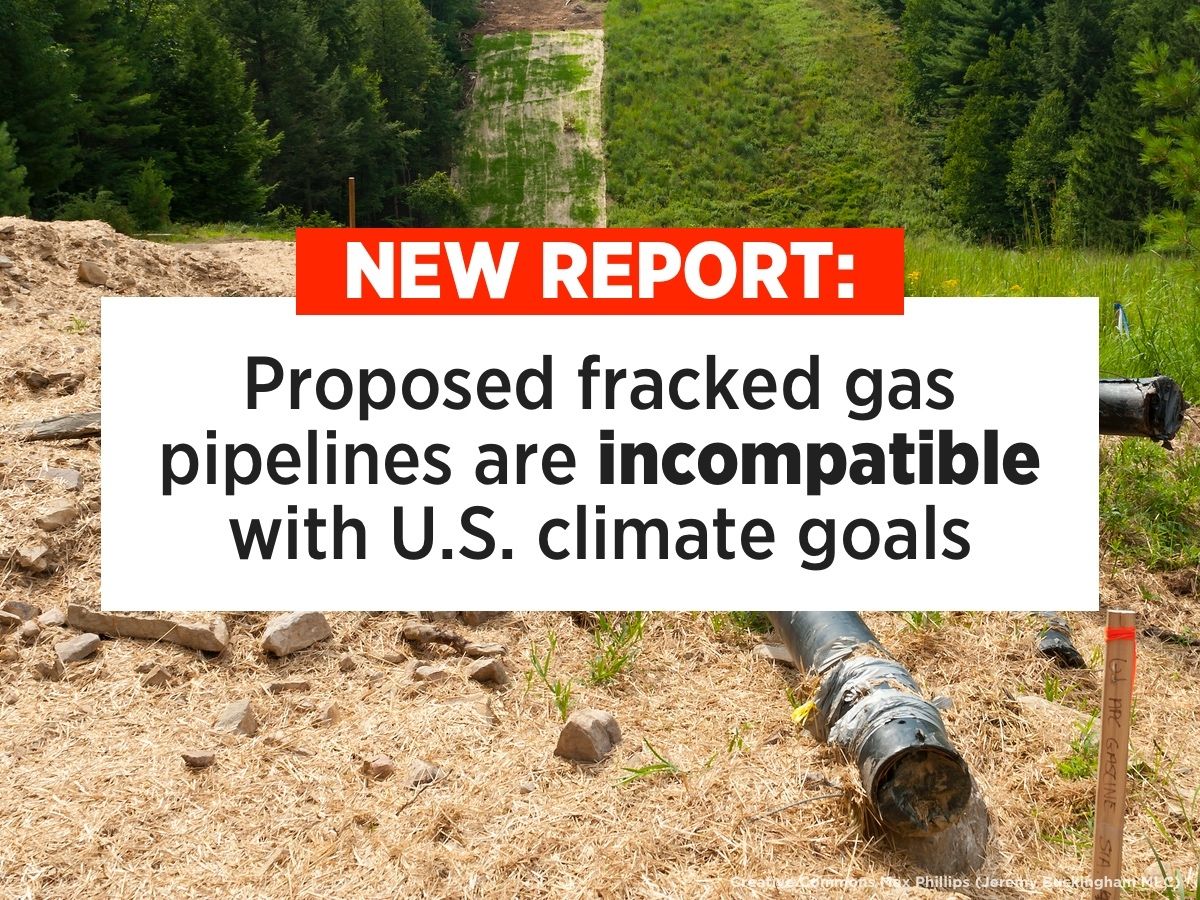 The report,
A Bridge Too Far: How Appalachian Basin Gas Pipeline Expansion Will Undermine U.S. Climate Goals, was published today by the environmental group Oil Change International in partnership with 11 other local, regional and national organizations.

As
Reuters noted from the report, these pending projects would pipe natural gas from fracking fields in Pennsylvania, Ohio and West Virginia to states from Louisiana to New York and unlock at least 15.2 billion cubic feet per day of production. Combined, these 19 proposed pipelines would enable 116 trillion cubic feet of additional gas production by 2050. Some of the pipeline operators include Spectra Energy Co, Williams Cos Inc and EQT Corp.

The Paris climate agreement signed in June set a goal limiting global warming to well below 2 degrees Celsius. The climate target in the U.S. is an emissions cut of 83 percent from 2005 levels by 2050.

However, as the authors of the report warned, these proposed pipelines would be incompatible with these goals. If they are constructed, they would blow past our emissions target 10 years early. And that’s just for natural gas.

“Our calculations show that the rise in gas consumption projected by the EIA [Energy Information Administration] would alone lead to emissions that would surpass the current long-term U.S. climate target by 2040,” the report said. 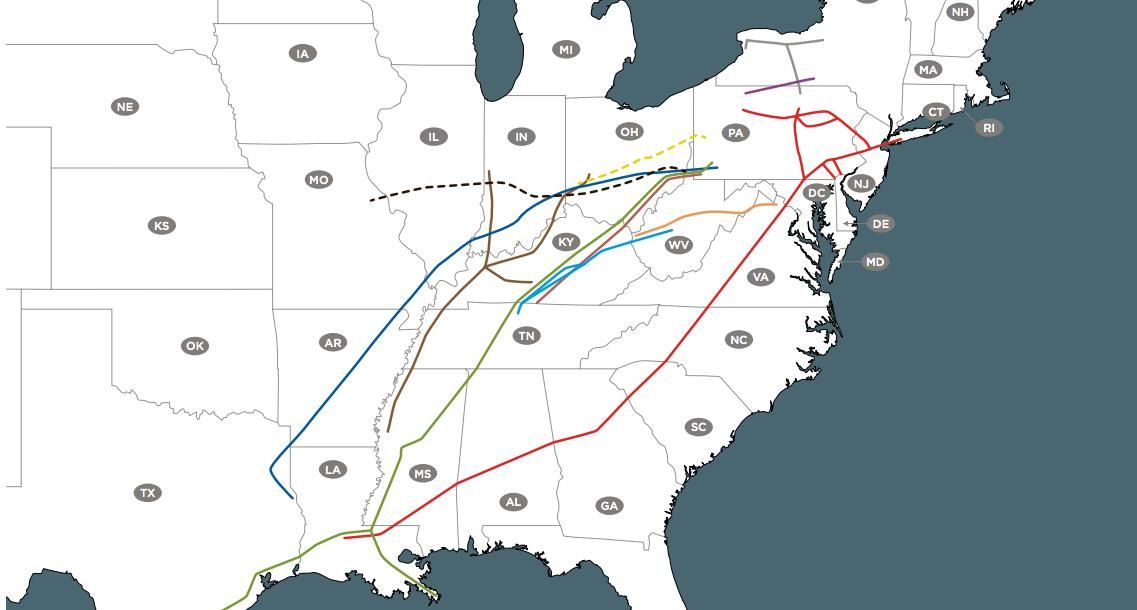 While proponents of natural gas like to argue that it’s “clean” since it emits about half as much carbon dioxide as coal these proposed pipelines, which have an economic lifespan of more than 40 years, would appropriate all of the U.S. emissions budget for natural gas alone.

“Expanded natural gas production is a bridge to climate disaster,” Stephen Kretzmann, executive director of Oil Change International, said. “Our report shows that even if we entirely eliminated emissions from coal and oil, the emissions from the natural gas boom alone would still blow our climate budget.”

The authors of the report argue in favor of clean energy alternatives such as
renewables, battery storage and grid management technology.

“It is increasingly clear that the clean energy sector is poised to transform our energy system,” the report stated. “There is nothing standing in the way of building the renewable energy capacity we need to sustain our electricity needs—except maybe the entrenched interests of the natural gas industry.”

It’s not just #oil & #coal – natural gas boom is going to wreck our #climate if we keep #fracking. Read the report: https://t.co/5FL5nEtEwC

As Reuters noted, Vermont Senator and former Democratic presidential candidate Bernie Sanders has advocated for this “climate test,” which resembles the criteria President Barack Obama applied when he
vetoed the Keystone XL pipeline.

Thanks to Sanders supporters, the climate test has been
adopted by the 2016 Democratic party platform, even though presumptive presidential candidate Hillary Clinton once deemed natural gas a “bridge” fuel “in the transition to a cleaner energy economy.”

“This should be a wake up call to anyone promoting natural gas as a bridge to a clean energy future. Put simply, it’s not,” Kretzmann said.

No more all of the above. No more bridge to the future. Sun and wind are now above natural gas

The report adds steam to the #KeepItInTheGround movement that challenges the oil and gas industry to stop drilling.

“There’s a strong and vital movement of people throughout Appalachia who are standing up to protect their communities and their land from pipelines and the increase in fracking they will bring” Kretzmann said.

“Actions show the strength and commitment of people standing up to Big Gas and their reckless pipelines,” Bold Alliance President Jane Kleeb said. “These people are fighting for their land, and our climate. Using eminent domain for private gain is something the Cowboy and Indian Alliance stands against. We plan on using actions, prayer and all legal tools available to stop these risky pipelines.”

Carolyn Reilly, community organizer with Blue Ridge Environmental Defense League, agrees. “As a grassroots organizer, and landowner in the path of a proposed natural gas transmission pipeline, I’ve seen the ugliness of the corporate grab and greed,” Reilly said.

“The only place gas will bridge us too is more pollution and further climate disruption,” Lena Moffitt, director of Sierra Club’s Beyond Dirty Fuels campaign, said. “This report highlights the magnitude of the threat our climate and communities face from further expansion of gas pipelines and plants, and shows that the only solution to meeting our global climate commitment is to keep gas—like all dirty fuels—
in the ground.”