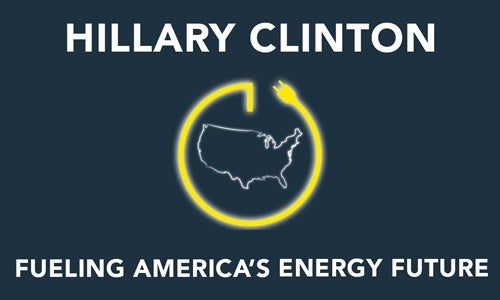 Enabled by a recent advisory opinion by the Federal Election Commission, Correct the Record has reportedly collaborated directly with the Clinton campaign. Led by Clinton ally David Brock, Correct the Record spun off from American Bridge PAC in May and received attention in September when it went negative on candidate Bernie Sanders, despite Clinton’s commitment not to do so.

Correct the Record set up the webpage Hillary Clinton: Fueling America’s Energy Future as one of 26 different “Record Analyses.” All 11 major points made on the webpage tout Clinton’s last two years as Secretary of State. About half of the page’s talking points are devoted to giving Clinton credit for the Obama administration’s use of natural gas as a geopolitical tool, even citing Russia, Ukraine and Putin in section headings.

“Sec. Clinton significantly elevated the role of energy as a driver of foreign policy.”

“Sec. Clinton created the Bureau of Energy Resources for the purpose of channeling the domestic energy boom into a geopolitical tool to advance American interests around the world.”

Correct the Record has promoted the webpage’s pro-fossil fuel messaging on Twitter:

A different webpage on Correct the Record’s website, Hillary Clinton: Stemming the Tide of Climate Change, appears to have been designed to defend against attacks from the left. That web page relies more on excerpts from Clinton’s book, Hard Choices, and does not mention natural gas, Russia, Ukraine or Putin.

Yet another Correct the Record webpage purports to defend Clinton’s environmental record generally, but has significantly less content than the Fueling America’s Energy Future or Stemming the Tide of Climate Change pages. There, Correct the Record highlights Clinton’s December 2014 New York City speech before the League of Conservation Voters in which she qualified her enthusiasm for fracking and natural gas, by saying “If we are smart about this and put in place the right safeguards, natural gas can play an important bridge role in the transition to a cleaner energy economy.”

Meanwhile in July, the Clinton campaign pledged to introduce a “comprehensive energy and climate agenda.” Sections of that agenda already released include revitalizing coal communities and modernizing North American energy infrastructure. Both those sections affirm Clinton’s commitment to “energy and climate security” that prioritizes the reduction in the amount of oil consumed in the U.S. and around the world, without mentioning natural gas. The campaign’s four-page “Climate Change Fact Sheet” commits to reducing oil consumption, also without mentioning natural gas.

The full scope of Clinton’s promotion of fracking and natural gas as geopolitical tools during her tenure as Secretary of State continues to be exposed. Among the State Department’s New Year’s Eve release of Clinton emails, an April 2012 email from then Sec. of Energy Steven Chu to Clinton followed up on their prior conversation “about how—U.S. companies and the USG—can help other countries develop the shale oil and gas with hydraulic fracking in an environmentally responsible way.” Per Chu, “The responsible development of these resources can change the energy and geo-political landscape in profound ways.”

Chu provided Clinton contact information for two DOE employees who would support the State Department with this agenda, joking that he would have gotten back to her sooner had he not been distracted by the Tumblr page Texts from Hillary. Clinton forwarded Chu’s email to an assistant requesting the email address for Carlos Pascual, who she had appointed to Special Envoy and Coordinator for International Affairs. However, no emails from Clinton to Pascual following that request appear to have been released by the State Department as of yet, although a final production of Clinton emails is expected in January.

Correct the Record, incidentally, points to a New York Times article that describes Pascual’s role as leading the State Department’s Bureau of Energy Resources, “created in late 2011 by Hillary Rodham Clinton … for the purpose of channeling the domestic energy boom into a geopolitical tool to advance American interests around the world.”

The fact that Clinton discussed using gas and fracking as a geopolitical tool directly with Chu and made plans to coordinate that agenda with the DOE may compromise her ability to connect with voters who see any increase in the production of fossil fuels as reckless.

When recently asked by 350 Iowa’s Steve Patterson whether she would sign a pledge not to take money from the fossil fuel industry, Clinton responded that she opposed offshore drilling and vowed to look into fossil fuel industry donations. “I will do everything I can to know that everyone who gives me money knows exactly what I’m going to do when I am elected, there’s no doubt about that,” she said.

Clinton has yet to explain exactly how increasing natural gas production could possibly be compatible with effective climate change mitigation, much less climate recovery. And Correct the Record isn’t helping.