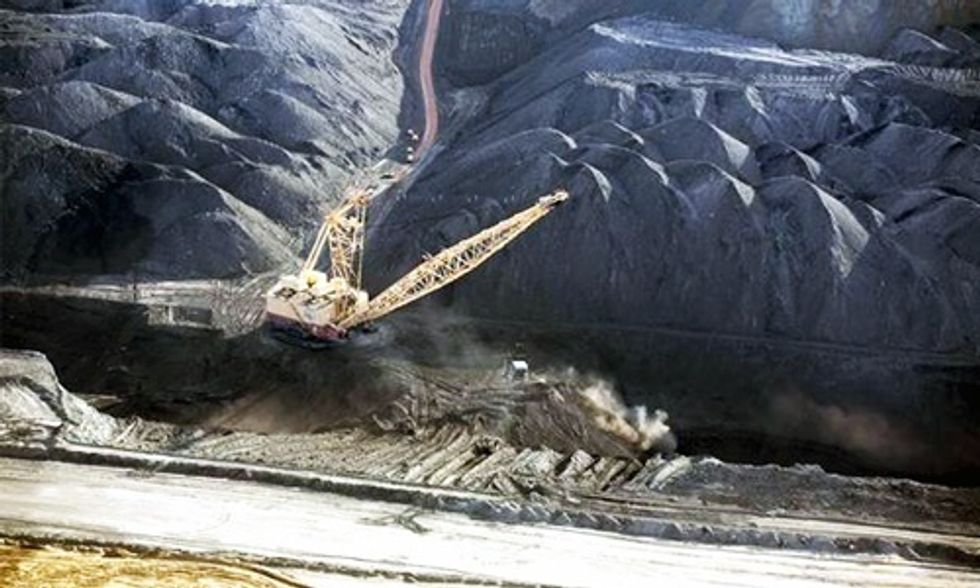 Ending new fossil fuel leasing on lands and offshore areas controlled by the U.S. government would keep up to 450 billion tons of greenhouse gases (GHG) from polluting the atmosphere, according to a first-of-its-kind analysis by EcoShift on behalf of the Center for Biological Diversity and Friends of the Earth released today.

Allowing these publicly owned fossil fuels to be developed would cripple the U.S.’ ability to meet its obligations to avert the worst effects of the global climate crisis, the report finds.

“The facts have been increasingly clear for a long time and we believe that this analysis finally puts the issue of continued development of federal fossil reserves to rest. We cannot afford to continue ignoring reality,” said EcoShift Principal Dr. Alexander Gershenson.

Among the key findings:

“Our climate can’t afford the pollution from more federal fossil fuel leasing,” said Taylor McKinnon with the Center for Biological Diversity. “The natural place for President Obama to start leading the global fight to keep fossil fuels in the ground is on our public lands and oceans.”

“Our government has already leased more public fossil fuels than can safely be burned,” said Marissa Knodel, climate campaigner at Friends of the Earth. “Each new lease puts us farther down the path toward climate catastrophe and is a direct contradiction to the president’s pledge to attack the climate crisis head-on.”

Federal agencies do not track or report the nationwide cumulative greenhouse gas emissions that result from federal leasing of fossil fuel reserves. Likewise, they do not assess the potential emissions of remaining fossil fuel resources and reserves.

“This analysis shows that the U.S.’ remaining federal fossil fuels contain vast potential for greenhouse gas pollution,” said EcoShift Principal Dr. Dustin Mulvaney. “To our knowledge, this is the first-ever attempt to understand the pollution potential of the publicly-owned fossil fuels that the federal government controls.”