Florida Gov. DeSantis Prohibits Cities From Banning Sunscreens, Even Ones That Harm Coral 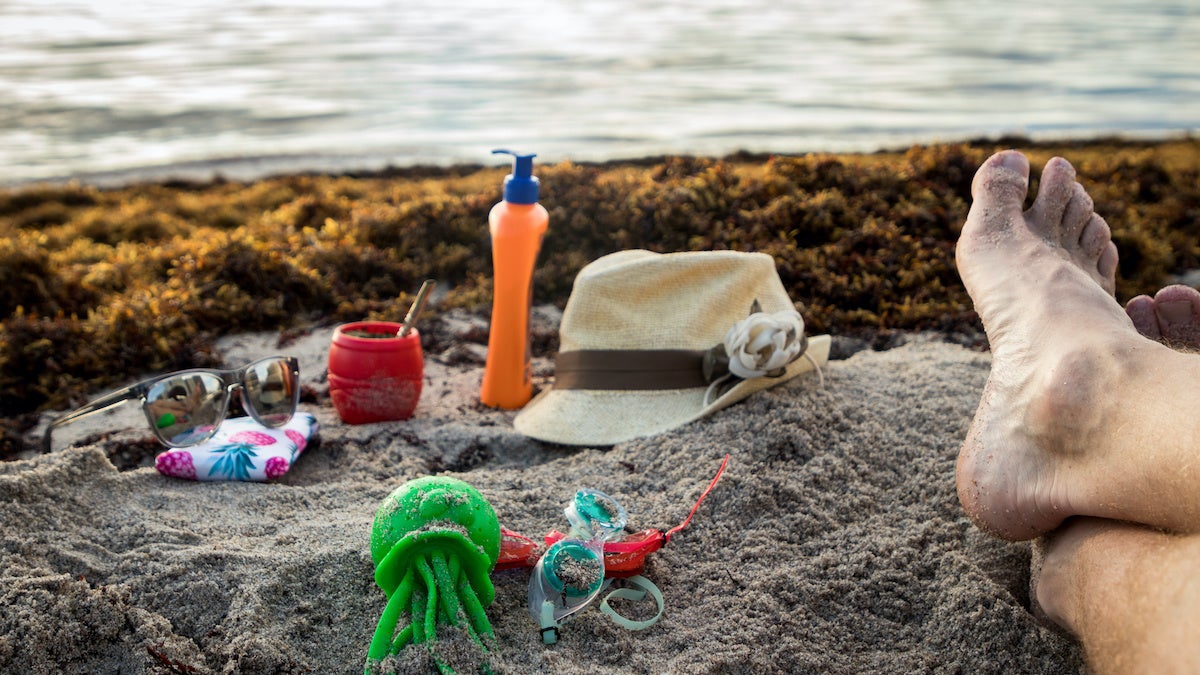 SB 172 responds to and reverses the City of Key West’s 2019 ban on the sale of sunscreens containing oxybenzone and octinoxate to protect its coral reef. The ban was set to take effect Jan. 1, 2021, but the new law strikes down that ban and prohibits similar ones.

According to the National Oceanic and Atmospheric Administration (NOAA), Key West sits on Florida’s Reef Tract, the only barrier reef in the continental U.S.

Florida’s multi-billion coastal economy “is highly tied to the coral reefs and dependent on their health,” the Environmental and Energy Study Institute found.

Sunscreen pollution is accelerating the demise of coral reefs globally by causing permanent DNA damage to coral, according to experts, reported ABC News.

“(Coral reefs) provide billions of dollars in economic and environmental services, such as food, coastal protection, and tourism,” said a NOAA infographic article about the harms of sunscreens. The infographic focuses on how sunscreen chemicals enter the ocean environment, the harm they cause to marine life including corals, fish, algae, etc. and alternative, reef-safe ways to stay protected from the sun.

Common chemicals in sunscreens and cosmetics are “highly toxic” to marine life and “even very low concentrations” of oxybenzone and octinoxate accumulate in coral tissue, inducing bleaching, damaging coral DNA and deforming and killing young coral larvae, according to NOAA.

This harm to the next generation of reefs threatens the survival of corals generally at a time when reefs are already heavily imperiled. NOAA called nontoxic sunscreen alternatives “critical” to protect reefs against “exacerbating effects posted by climate change and bleaching.”

Even while the new Florida bill was moving towards DeSantis’ desk, the U.S. Food and Drug Administration removed most chemical sunscreens from its list of “safe and effective” products pending health studies, instead designating mineral-based sunscreens containing zinc oxide or titanium dioxide as “safe and effective, reported Florida Phoenix.

Proponents of the bill, including many business interests, claim sunscreen is necessary to protect the residents and visitors to the sunshine state from skin cancer.

Those criticizing the bill call it the latest attack on local government home-rule authority as well as on coral reefs, reported Star Tribune.

Some have called the bill a “gross overreaction” to Key West’s “measured and reasonable limitation” meant to protect their lucrative, important natural resource, reported Sun-Sentinel.

“When it comes to protecting Florida’s coral reefs, the Governor is standing with corporate interests, despite millions of taxpayer dollars spent on reef preservation and restoration,” environmental groups said Tuesday in a joint press release, reported Florida Phoenix.

NOAA said that “although pollution is a major cause of coral reef degradation,” it is also “the easiest factor to mitigate” because manufacturers and consumers can choose to create and purchase less harmful products. The only issue, NOAA found, was that regulation of the toxic chemicals in sunscreens “has largely been ignored.”