Flint: 5 Years Later, and Our Water Is More Threatened Than Ever 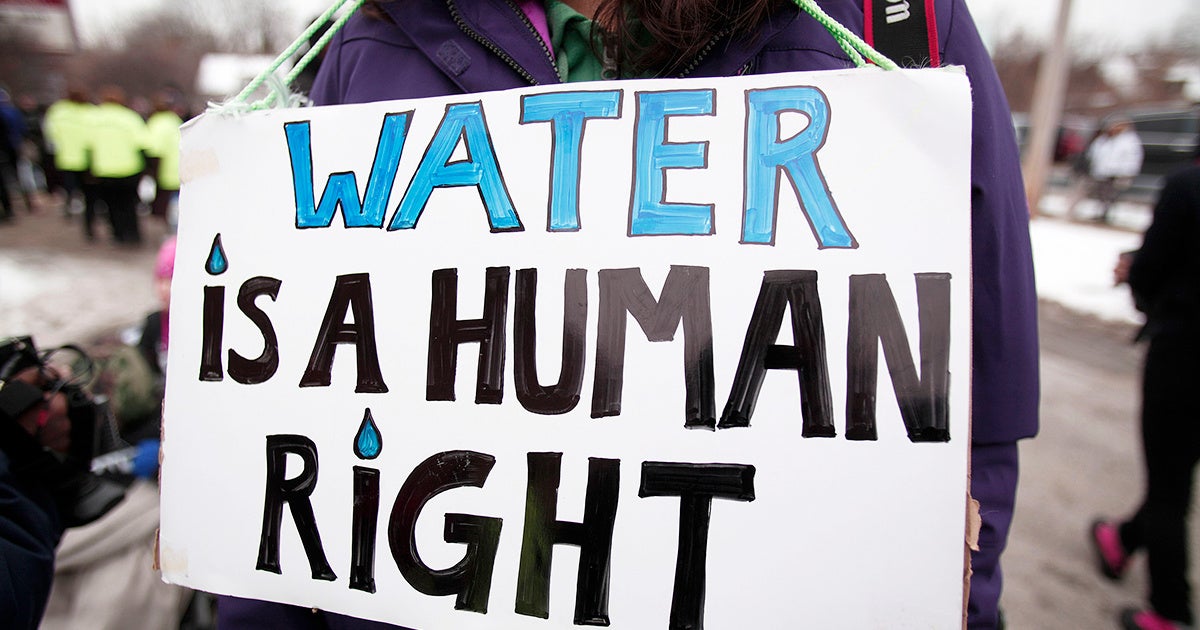 Five years ago this week, an emergency manager appointed by then-Michigan Gov. Rick Snyder made the devastating decision to save money by switching Flint’s water supply over from Detroit’s water system to the Flint River. Seen as a temporary fix, the new water supply was not properly treated. High levels of lead leached from the old pipes, poisoning a generation of Flint’s children, and bacteria responsible for an outbreak of Legionnaires’ Disease killed more than a dozen residents.

Five years ago, we hoped this would be a rallying cry for federal investment in our water systems. But today, things aren’t better: they’re worse. Almost daily, there are new headlines about how vulnerable our water infrastructure has become. Martin County, Kentucky, has suffered a catastrophic failure of its water system that has led to higher water rates for discolored, toxic water; like residents in Flint, they don’t trust what comes out of the tap. Per- and polyfluoroalkyl substances (PFAS), including perfluorooctanoic acid (PFOA) and perfluorooctane sulfonate (PFOS), have contaminated water in states across the country where military and industrial facilities have released this dangerous chemical associated with cancer risks. Testing has shown a widespread problem with lead in our schools. And on top of all of this, climate change is exacerbating many of our water problems, stressing water supplies, threatening critical infrastructure and overburdening our aging stormwater collection systems.

What’s more, a recent survey by Food & Water Watch of the two largest water systems in each state revealed a shocking estimated 15 million people had their water shut off in 2016 for nonpayment. That’s 1 in 20 households. Statistically, someone in your neighborhood is having a hard time paying their water bills. Water affordability is just one more aspect of our deepening water crisis.

These all may seem like big, daunting problems, and they are. But the only way to deal with the systemic problems with our drinking water is with a systemic solution. In this case, we must commit to a nationwide re-investment in our public drinking water infrastructure.

Since peaking in the 1970s, federal funding to maintain our aging water systems has plummeted by 82% on a per capita basis. In 1977, the federal government spent .27 per person (in 2014 dollars) on water infrastructure, but by 2014 that support had fallen to .68 per person. Meanwhile, many water systems are nearly 100 years old.

It’s no wonder we have a deepening water crisis. Luckily, there are some in Congress that have decided to do something about it. For the first time, the Water Affordability, Transparency, Equity and Reliability (WATER Act) was introduced this year in both the House and Senate by Reps. Barbara Lawrence and Ro Khanna and Sen. Bernie Sanders. This legislation would provide the necessary billion a year in funding to upgrade our drinking water and wastewater systems, creating nearly a million jobs in the process.

The legislation also provides funding to help rural and small municipalities and Native American communities improve their water and wastewater systems, and funding for treatment systems or alternative water supplies to communities affected by PFAS. It would expand a grant program to replace lead pipes in public schools, and would provide homeowners grants to replace lead service lines to their properties.

It would also prioritize water affordability by requiring that no less than half of the critical U.S. Environmental Protection Agency (EPA) funding going to support state-run clean water and drinking water programs be given as grants and subsidies to disadvantaged communities. It would also require the EPA to produce guidance about promoting universal access to safe water and to coordinate a study and civil rights violations by water providers — a move that would prevent water shutoffs.

We can’t continue to take our water for granted. Clean, affordable water will not come to our homes without a significant investment that would upgrade our public water infrastructure. How many more Flints will it take before Congress passes legislation that makes clean water for everyone a reality?

Call your representative today and tell them to pass the WATER Act.