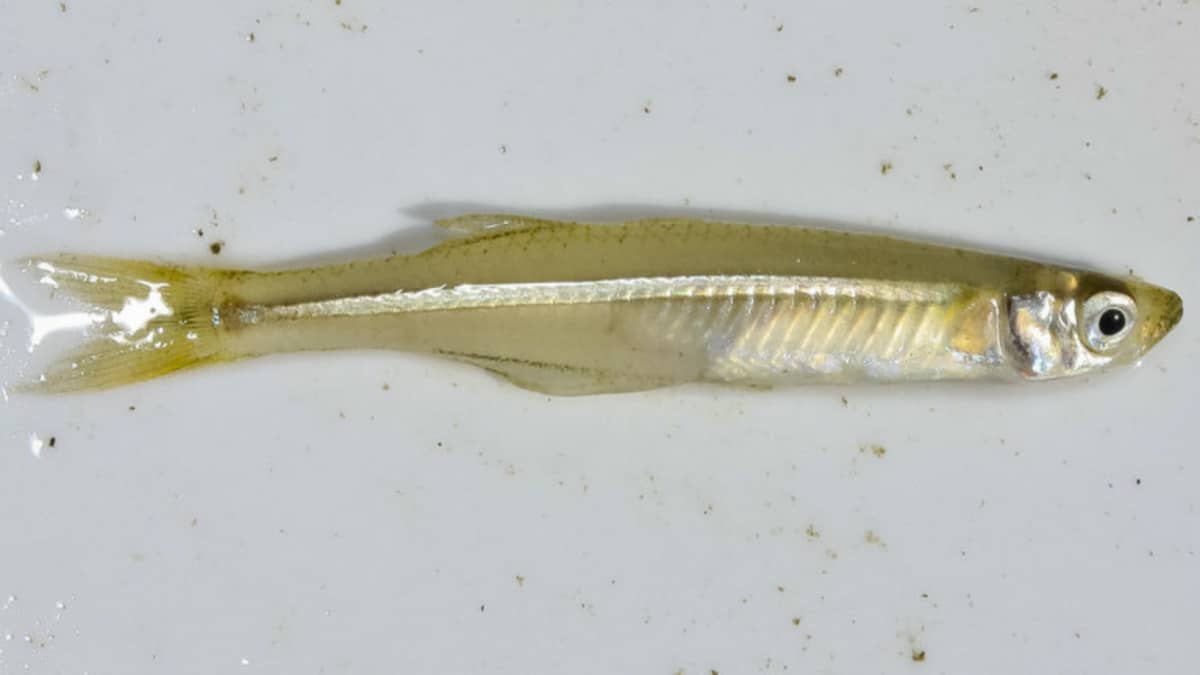 Fish exposed to endocrine-disrupting compounds pass on health problems to future generations, including deformities, reduced survival, and reproductive problems, according to a new study.

The study, published in Environmental Science and Technology, is the first of its kind in a fish that can live in freshwater, brackish water or salt water, and suggests that compounds in pesticides and birth control that pollute waterways are not only harming fish living there now, but their offspring and the subsequent generation as well.

The results are troublesome as the negative effects seen in fish offspring—including reduced survival and reproduction problems—could lead to population level declines over time.

“These effects can carry over into indirectly exposed fish and those not exposed at all,” Bethany DeCourten, lead author of the study and a postdoctoral consultant at the University of California Davis’ Department of Anatomy, Physiology and Cell Biology, told EHN.

The research offers the latest evidence of the deeply embedded biological problems for humans and animals exposed to endocrine-disrupting chemicals—which mimic natural hormones—that are pervasive in our environment.

“These findings suggest that single-generation toxicity testing may not be adequate to determine the effects of these chemicals on long-term population viability,” the authors wrote.

“Our concentrations were actually on the low end” of what is found in the wild, DeCourten said, adding that it was low amounts of chemicals in parts per trillion.

Bifenthrin is a pesticide; levonorgestrel and ethinylestradiol are synthetic hormones used in birth controls; and trenbolone is a synthetic steroid often given to cattle to bulk them up.

Such endocrine-disruptors have already been linked to a variety of health problems in directly exposed fish including altered growth, reduced survival, lowered egg production, skewed sex ratios, and negative impacts to immune systems. But what remains less clear is how the exposure may impact future generations.

For their study, DeCourten and colleagues started the exposure when the fish were embryos and continued it for 21 days.

They then tracked effects on the exposed fish, and the next two generations.

In looking at two subsequent generations, the study roughly corresponds to three years in the wild, DeCourten said. “We saw impacts on survival in the second generation,” she said. “This definitely could impact populations as a whole. Right now, we just don’t really have an idea of exactly what that could mean for wild populations.”

Senior author of the study Susanne Brander said it’s reasonable to think that other fish species would be similarly impacted, especially other estuary and marine fish, as the salt content in water can change the way fish respond to different stressors, including pollution.

Brander, an assistant professor at Oregon State University, has been working with inland silverside fish for a little more than a decade.

In addition to her work, the silverside has been used for decades in wastewater effluent testing across the country.

It’s a “model organism for estuary and marine and coastal habitats,” she told EHN.

DeCourten said the altered DNA methylation is one of the plausible ways that future generations would experience health impacts from previous generations’ exposure. Hormone-disrupting compounds have been shown to impact DNA methylation, which is an important marker of how an organism will develop.

“Methyl groups are added to specific sites on the genome, [the exposure] is not changing the genome itself, but rather how the genome is expressed,” she said. “And that can be inherited throughout generations.”

In addition, Brander said there are essentially different “tags” that exist on DNA molecules, which tell genes how to turn on and off. She said the exposure to different compounds may be “influencing which methyl tags get taken on or off as you proceed through generations.”

The researchers said the study should prompt future toxics testing to consider impacts on future generations.

“The results … throw a wrench in the current approach to regulating chemicals, where it’s often short-term testing looking at simple things like growth, survival, and maybe gene expression,” Brander said.

“These findings are telling us we really at least need to consider” the next two generations, she added.