How These Farms Are Working to Fight Food Waste 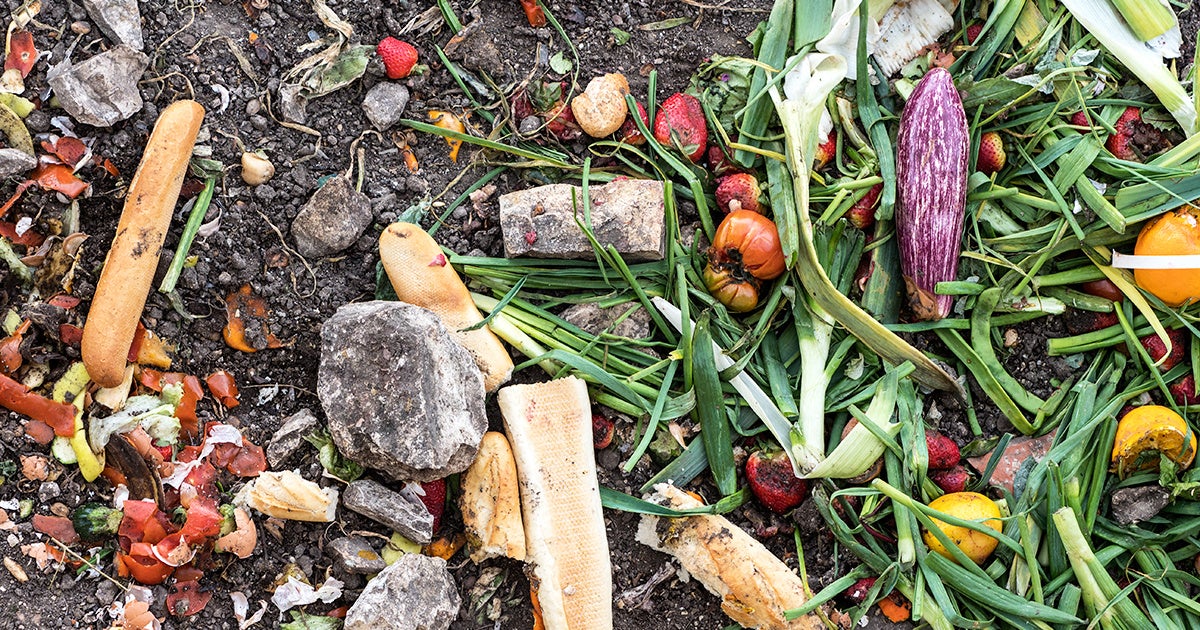 On a farm in upstate New York, a cheese brand is turning millions of pounds of food scraps into electricity needed to power its on-site businesses. Founded by eight families, each with their own dairy farms, Craigs Creamery doesn’t just produce various types of cheddar, mozzarella, Swiss and Muenster cheeses, sold in chunks, slices, shreds and snack bars; they’re also committed to becoming a zero-waste operation.

Located on Noblehurst Farms, about 500 feet from dairy cows, this creamery is home to the only biodigester in the U.S. that uses cow manure and food scraps from the cheese-making process and local businesses to create electricity. Since 2014, Noblehurst Farms has recycled 20 million pounds of food scraps in its biodigester.

“For many years, our farms have focused on producing high-quality milk while nurturing the land, but we wanted to know where our milk was going once it left our farms,” said farmer and Craigs Creamery partner Chris Noble. “The cheese brand was a way to do that and diversify our businesses by investing in something that wasn’t just focused on farming.”

From ugly greens to zero-waste dinners to food scrap pizza, more and more consumers, businesses and nonprofits are looking for ways to repurpose food that would otherwise go to waste. On average, an individual American wastes one pound of food each day, which is enough to feed two billion people annually. Put another way, if food waste were a country, its greenhouse gas emissions would rank third in the world, after the U.S. and China. But while there has been increased attention on wasted food on plates, food waste happens at every stage of the supply chain, starting on the farm.

Take, for instance, the urban farm greenhouses of Gotham Greens in Brooklyn and Queens. The farm crew often finds greens with a bit of bruising or pest damage when they harvest their lettuce, arugula and other leafy greens. Years ago, they would use what they could from those greens for team meals, but since 2016, they’ve also been selling them at supermarkets, including Key Food and Whole Foods Market, under the label “Ugly Greens (Are Beautiful),” at up to 40 percent off.

Like Gotham Greens, Noblehurst Farms saw waste and was determined to find a way to use it. About five years ago, it started a sister business, Natural Upcycling, that collects food waste and scraps from local businesses, including Wegmans, for composting. Today, that food waste, along with animal manure, waste water and whey that can’t be used by Craigs Creamery, goes into the biodigester. It all gets mixed together (there’s a specific ratio of each ingredient) and heated up (where the bacteria eat solid waste materials to produce a gas that is drawn off the top) to fuel the 450-kilowatt electric generator that powers the 14,000-square-foot creamery, barns and houses on the property. What’s left over also gets used: The liquid fertilizes crops, and the solids are dried to provide textiles, such as bedding for the cows. “We want to be able to tell a sustainable, closed-loop story of trying to power facilities with green energy,” said Noble.

As they continue to work toward becoming a zero-waste facility, Craigs Creamery is recycling some of the water waste from the creamery and turning it into clean drinking water for its cows. “We’re always looking at what else we can do and, so far, I think we’ve been pretty innovative for the dairy industry,” said Noble.

From Ugly Greens to Spent Grains

Over the past few years, consumers, businesses and nonprofits have sought ways to repurpose food that might otherwise go to waste. Here are just a few of the other ways that farms like Noblehurst Farms and Gotham Greens, breweries and vineyards are using food scraps to reduce food waste.

Ugly Fruit Tree Top, a grower-owned fruit cooperative in the heart of apple country in Washington, has been saving “ugly fruit” from landfills since the 1960s, drastically cutting back on food waste and saving valuable space in landfills. What’s ugly to some is beautiful, tasty food to everyone else — it just takes gumption to do things right.

Beer Waste Brooklyn-based Strong Rope Brewery is one of a number of New York breweries partnering with the start-up Rise to turn spent grains (a byproduct of making brew) into flours and decadent brownies. Similarly, in San Francisco, ReGrained uses spent grain from area breweries to make snacks.

Imperfect Produce Lancaster Farm Fresh Cooperative in Pennsylvania works closely with Baldor Foods to reduce waste through Baldor’s Imperfect Produce program. Baldor, one of the largest produce distributors in the Northeast, has eliminated food waste through programs like SparCs (where tomato tops, celery butts, carrot shavings and other produce scraps are repurposed for humans and animals) and Imperfect Produce.

Excess Melons Arizona farmer John Boelts grows leafy greens and melons — foods that often need to be shipped within 36 hours of harvesting, which is not always possible. Boelts and other Arizona farmers have donated six to seven million pounds of vegetables to food banks that would otherwise go to waste.