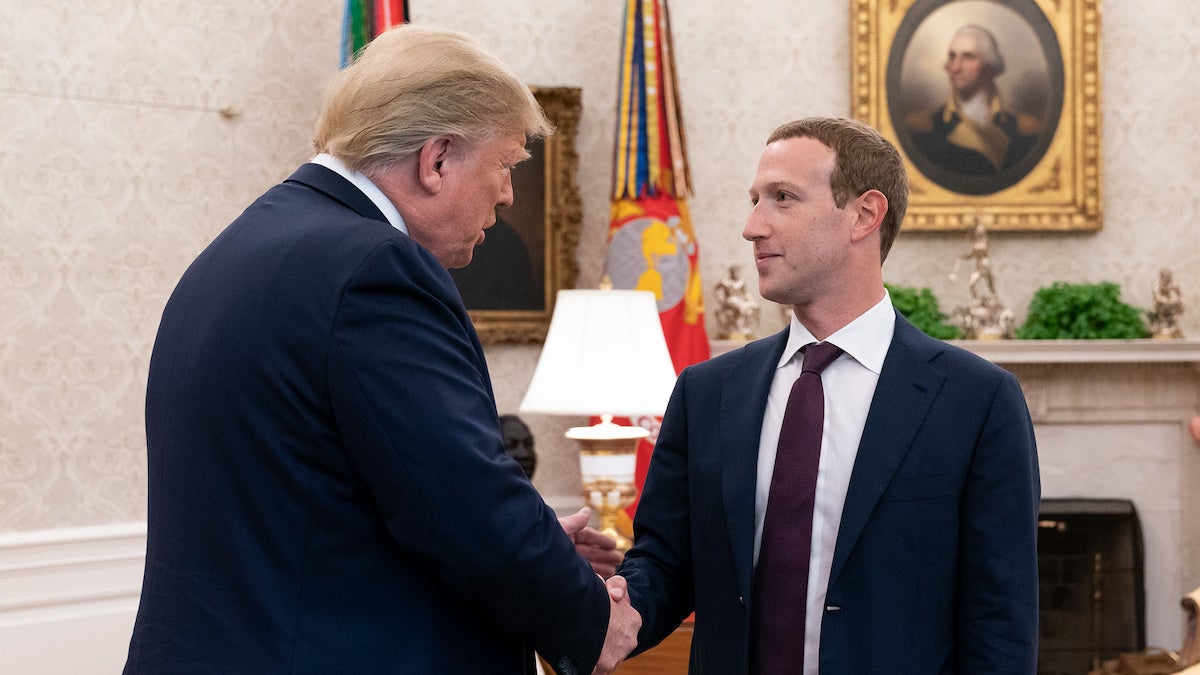 Facebook is coming under fire again for aiding climate change deniers. The platform opened a fact-checking loophole that allows misinformation to spread widely, even with opposition from scientists.

CO2 Coalition, a non-profit with ties to the Trump administration and funded in part by climate-deniers Mercer and Koch, is at the forefront of the latest dispute, Newsweek reported.

The conservative group believes that climate change fears are overblown and that burning more fossil fuels will ultimately help the planet. They have increasingly used Facebook to reach a bigger audience, E&E News reported, and Executive Director Caleb Rossiter said that the current “battle” over climate-related posts serves as a microcosm in the overall “war” over how to reach an audience outside of conservative media.

“You can reach so many people both with your posts and your advertisements,” Rossiter said in the news report. “We’re kind of like Donald Trump. We’re not happy with the treatment we’re getting from the mainstream media, we resort to social media. That’s where our action is in larger part.”

While the most recent commotion was triggered by a viral column Rossiter wrote in the Washington Examiner, Facebook already had a complicated history with climate deniers and fact-checking.

In May 2018, Facebook founder and CEO Mark Zuckerberg hired a right-wing think tank known for climate misinformation to “figure out whether Facebook displays a liberal bias,” Think Progress reported. In July of the same year, Zuckerberg took additional steps towards allowing misinformation on his platform, saying that “while he won’t block fake news from appearing on his site, his fact-checkers would stop it from spreading widely,” the news report said.

In a dilution of that “check-and-balance,” Facebook hired fact-checkers with conservative biases and a history of climate misinformation in fall of 2017 and again in April 2019.

That optimism was short-lived.

All five scientists agreed that the piece “cherry-picks data and misleads readers” and tagged it as “biased” and “inaccurate” for Facebook. The piece was blocked from sharing as “false” and the coalition was prevented from running ads, reported E&E News.

Then came the loophole.

The news report claimed a “conservative Facebook employee” can be credited with opening the door for the coalition and groups that attack mainstream climate science to leverage the “opinion” label to avoid fact-checking and spread misinformation.

CO2 Coalition, which requested the successful change, is celebrating the outcome. Rossiter noted to E&E News that after the “false” label was removed from his climate models piece, the coalition was allowed to buy ads again. They have since done so, with messages distorting climate change and claiming that they are “saving the people of the planet from the people who claim they are saving the planet.” Those ads have received more than 50,000 impressions, Facebook data shows, as reported by E&E News.

The coalition and similar groups will look to Facebook to get their message to a larger audience because traditional news media “rarely seek comment on climate science from groups that reject consensus research,” Rossiter said, the news report added.

Andrew Dessler, one of the five Science Feedback climate scientists who originally fact-checked CO2 Coalition’s article, criticized Facebook and other social media for exempting “opinion” articles from even basic fact-checking.

“It’s a powerful way to misinform people, since these groups can’t win in the actual scientific arena, so they only can win in these media environments where they can pay to promote stuff,” Dessler told E&E News. “It allows people to live in a bubble where you don’t ever have to confront ideas that you don’t want to deal with.

In response to a request for comment, a Facebook spokesperson told EcoWatch, “Our long-standing guidance to the independent fact-checkers has been that clear opinion content is not subject to fact-checking on Facebook; unsurprisingly, that includes opinion editorials.” The spokesperson explained, ” As our policy states clearly, if publishers want to dispute a fact-check rating, they are to do so directly with the fact-checker. Facebook’s third-party fact-checkers can rate climate-related content; there has never been a prohibition on their doing so.”

Additionally, Facebook posted a company blog Thursday titled Providing People With Additional Context About Content They Share. A “context” button, first created in 2018, “provides information about the sources of articles in News Feed,” the blog said, and is meant “to ensure people have the context they need to make informed decisions about what to share on Facebook.” Notifications will include “timeliness” and “information about the source of the link.”