ExxonMobil on Trial Over Climate ‘Lies’ 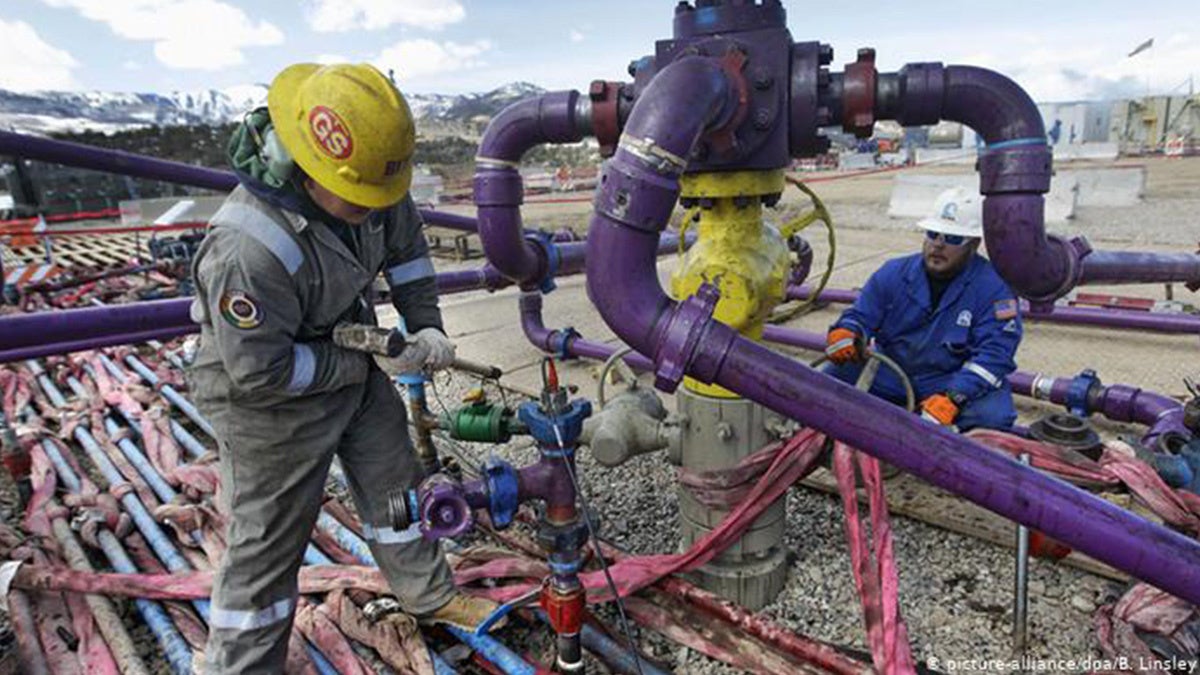 Far-reaching allegations about how a climate-sinning American multinational could shamelessly lie to the public about its wrongdoing mobilized a small group of New York students on a cold November morning. They stood in front of New York’s Supreme Court last week to follow the unprecedented lawsuit against ExxonMobil.

The case is not about the damage to the planet the energy giant has caused. Instead, ExxonMobil is being forced to answer allegations that it played down the consequences of climate change to consumers and investors for decades.

What looked like a clear victory for the Attorney General’s Office, however, now threatens to turn into a damp squib. The prosecution quickly admitted it had failed to prove that the company deliberately deceived shareholders and a few days ago, Assistant Attorney General Jonathan Zweig dropped one of the main allegations — investor fraud.

The state of New York had wanted to prove that the Texas-based oil giant knowingly misled shareholders. ExxonMobil is said to have built a “long-standing fraudulent system” to cover up the true impact of climate change. All this to push up the stock price. Similar allegations were once made against the tobacco industry, which publicly denied the risk of cancer, even though it knew better. What followed were penalties in the billions.

ExxonMobil did not respond to a request from DW. The Group’s website contains a statement from last month in which the company promised it would be exonerated in court: “The allegations of the New York Attorney General are false,” it said. 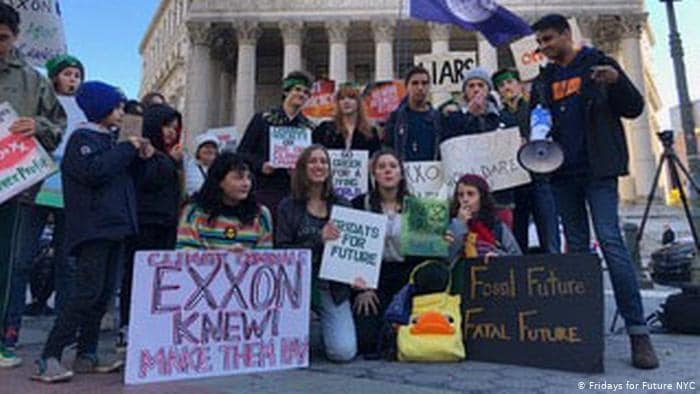 The student protest is one of several held outside the New York Supreme Court during the trial.

Investors had been informed through regular announcements about how the company responds with climate-related risks, the company added. “The New York attorney general’s case is misleading and deliberately misrepresents a process we use to ensure company investments take into account the impact of current and potential climate-related regulations.”

However, this remaining lawsuit is not just against any company, but one built by the man once considered to be the richest American of all time. ExxonMobil’s roots go back to John D. Rockefeller, the U.S. oil magnate who built one of the country’s first oil refineries in 1863. His company, the Standard Oil Company, grew so powerful that within a few decades the U.S. Supreme Court ordered it to be broken up into more than 30 companies, two of which grew into today’s ExxonMobil.

This company, in turn, rebuilt itself into one of the largest in the world: the oil multinational recorded sales of 9 billion (€253 billion) last year alone. By way of comparison, Apple achieved 6 billion in 2018. 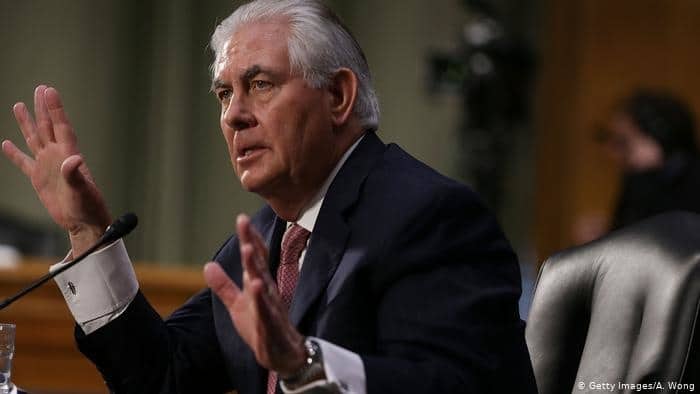 Success does, however, have its negatives. ExxonMobil is one of the largest global climate sinners. Not only are forests being cleared and waters and soils polluted to unearth more than 4 million barrels a day of black gold, the oil giant also contributes almost 2% to global carbon dioxide (CO2) emissions, according to calculations from the UK-based Carbon Disclosure Project. Over the last 50 years, it has created 42 billion tons of CO2.

The oil companies know only too well how much they endanger the climate. Exxon Mobil, for example, is said to have known since the 1970s about the impact the oil business was having on the planet. However, these findings never reached the outside world. “Exxon Mobil is a climate criminal,” alleges 350.org, a nonprofit environmental organization that supports students in their protests.

Despite this, the state of New York has not yet been able to prove ExxonMobil’s culpability. Not a single shareholder who testified in court claimed to have been deceived. The prosecution now has to prove that the oil giant was wrong to assure its investors that it was adequately preparing its own business for a decarbonized future. A ruling is expected in the coming weeks.

ExxonMobil’s biggest challenge, however, is a different one. A glance at Wall Street data reveals that the energy sector is increasingly losing its standing. Today, the industry represents less than 5% of the total market value of all companies indexed in the S&P 500. Five years ago, it was still over 15%.

ExxonMobil is struggling with its greed for profits. Since its all-time high five years ago, the stock price has collapsed by a third. It has long been clear that coal, gas and oil can no longer earn as much as they used to. Coal, for example, is increasingly being replaced by natural gas, which is much cheaper. Oil is also being fractured in such quantities that the market is literally flooded. Not even the military attacks on Saudi Arabia’s oil fields in September caused a lasting rise in the price of oil. It has lost 20% since January. 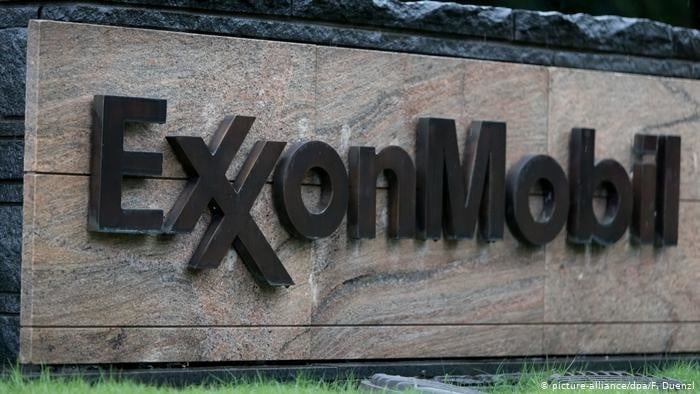 Exxon Mobil has the 14th-largest oil and gas reserves and is the largest refiner in the world.

For analysts, one thing is clear: ExxonMobil needs new ways to revive itself. “The Stone Age didn’t end because the stones ran out,” analyst Stewart Glickman of CFRA Research told DW. In other words, it will not be the lack of oil that will put a spoke in the wheel for the oil giants, but the lack of profitability. Competitors like Royal Dutch Shell have long been experimenting with renewable energies in order to do justice to the zeitgeist. ExxonMobil is years behind.

The company’s future strategy is still heavily reliant on fossil fuels. This includes the production of shale oil (fracking) in the West as well as natural gas plants in Papua New Guinea, oil wells in South American Guyana and the development of new fields in Brazil and Mozambique.

The Group intends to invest 0 billion in these projects in the coming years. However, only a fraction of this is for environmentally friendly technologies. The oil giant has committed just billion to these types of projects — in the last twenty years.