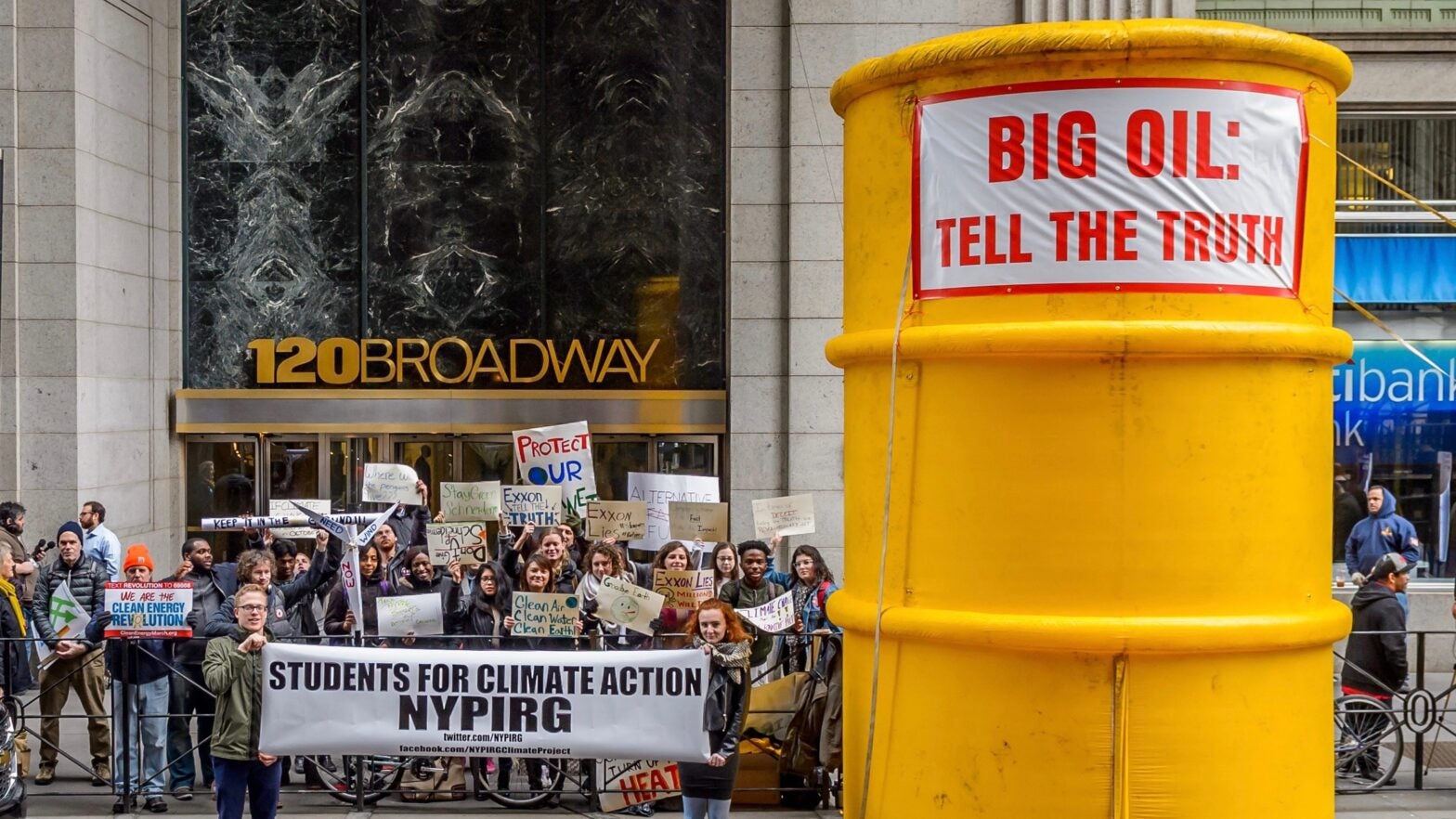 Massachusetts filed a lawsuit against ExxonMobil Thursday over the company’s misinformation campaign to delay action to address climate change.

Attorney General Maura Healey told reporters in a press conference Thursday that “Exxon has fought us every step of the way,” and was “completely uncooperative,” noting that the company failed to comply with requests for documents and depositions.

ExxonMobil misstated facts and failed to disclose important information to both consumers and investors, according to the complaint, filed Thursday in Suffolk Superior Court by the attorney general’s office.

“Exxon has known for decades about the catastrophic climate impacts of burning fossil fuels—its chief product,” said AG Healey. “Yet, to this day, Exxon continues to deceive Massachusetts consumers and investors about the dangerous climate harms caused by its oil and gasoline products and the significant risks of climate change—and efforts to address it—to Exxon’s business.”

“Contrary to its shareholder representations and deceptive advertising and marketing, Exxon’s products are a leading cause of climate change, not a solution. That deception, we allege, violates Massachusetts law, and that’s why we are suing. Our goal here is simple – to stop Exxon from engaging in this deception and penalize the company for this misconduct,” Healey said.

“In order to increase its short-term profits, stock price, and access to capital, ExxonMobil has been dishonest with investors about the material climate-driven risks to its business and with consumers about how its fossil fuel products cause climate change―all in violation of Massachusetts law,” the complaint asserts. “[I]nternal ExxonMobil and other documents made public by the media and/or obtained during the course of the Attorney General’s investigation reveal a systematic effort by the Company, reminiscent of the tobacco industry’s long denial campaign about the dangerous effects of cigarettes, to mislead both investors and consumers in Massachusetts.”

The complaint goes beyond ExxonMobil’s activities decades ago. “ExxonMobil now tells investors all the time that climate change risks are a management priority for the Company,” it continues. “And yet, ExxonMobil deceptively disseminates long-term forecasts of future growth in demand for fossil fuels.”

This pattern of deception, the AG argues, potentially wronged every driver who filled their tank at an ExxonMobil gas station and every investor who took the company’s assurances as made in good faith. For each individual consumer violation, Massachusetts law carries damages of up to ,000. Healey’s office did not clarify precisely how much Thursday’s lawsuit will seek from the oil giant in total.

“Exxon’s unlawful conduct, the complaint alleges, contributed to decades of delay in market recognition of the climate dangers of fossil fuel products and the urgent need to reduce greenhouse gas emissions,” the attorney general’s office added in a statement.

In the 1980’s, the complaint alleges, Exxon, Mobil Oil and other corporations and oil, coal and car trade associations started to organize their response to a crisis that one Exxon consultant had warned could “bring world economic growth to a halt” by 2025.

Reposted with permission from our media associate DeSmog Blog.