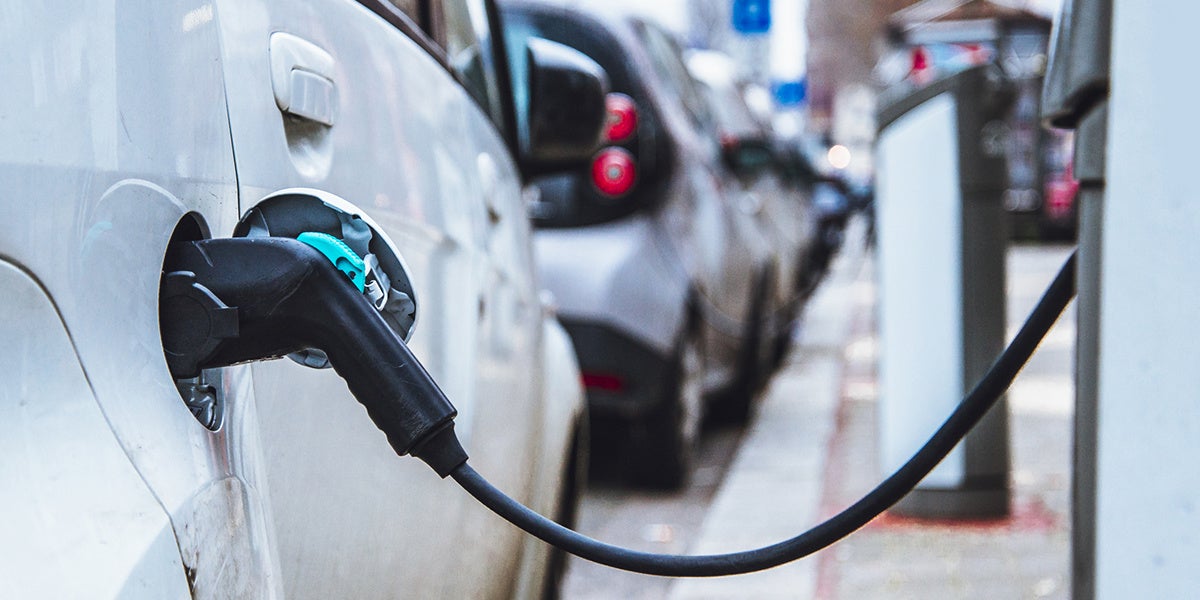 Transportation is now the number one contributor to U.S. greenhouse gas emissions, as EcoWatch reported in December. That’s why it’s good news that researchers revealed this week that they are making headway in developing innovations that would increase the amount of time electric vehicles spend on the road before having to be recharged.

Researched published Monday in Advanced Materials by the Department of Energy’s (DOE) Pacific Northwest National Laboratory (PNNL) demonstrated a battery that could recharge seven times more than other batteries and double the miles an electric car can cover before having to be recharged.

And a press release issued by the University of Colorado (CU) Boulder on Tuesday reported that engineers there are working on technology that would allow cars to charge wirelessly as they drive over special plates installed in the road.

The PNNL study looked specifically at the problem of lithium-metal batteries. These are considered the “‘holy grail’ of energy storage systems,” the PNNL press release said, because they have two-to-three times the battery storage capacity of lithium-ion batteries and can therefore enable a car to travel more than two times as far on a single charge.

According to the DOE, the majority of hybrid-electric and electric vehicles on the roads right now use lithium-ion batteries, like the ones that also power cell-phones and computers.

DOE researchers at PNNL were able to devise an electrolyte that struck the right salt balance to devise batteries that could recharge seven more times than standard models.

“We were trying to preserve the advantage of the high concentration of salt, but offset the disadvantages,” PNNL senior battery researcher Ji-Guang “Jason” Zhang said in the release. “By combining a fluorine-based solvent to dilute the high concentration electrolyte, our team was able to significantly lower the total lithium salt concentration yet keep its benefits.”

The technology isn’t ready for the road yet. The batteries they first tested the fluid in were the size of watch batteries, and the next step is to test the electrolyte in a cell-phone sized battery.

Engineers at CU Boulder are also working on a promising technology that needs more time to develop.

Khurram Afridi and his colleagues at CU Boulder’s Department of Electrical, Computer, and Energy Engineering have devised a proof of concept for wirelessly transferring electrical energy through electrical energy fields at high frequencies. Afridi told CU Boulder the technology could be used to allow electric cars, which can now only travel 100 to 250 miles before recharging, to charge on the go.

“On a highway, you could have one lane dedicated to charging,” Afridi said

Afridi has modeled this in the lab by setting up two metal plates representing roadway chargers 12 centimeters (approximately 4.7 inches) below two metal plates representing charging plates inside an electric car. When Afridi directs power to the bottom plates, they light a lightbulb above the top plates. The project has developed to the point where Afridi can transfer kilowatts of power between the plates at megahertz-scale frequencies.

“As a scientist, you feel challenged by things that people tell you are impossible to do,” Afridi said in the CU Boulder release.