Why Transportation Is Now the Top Source of U.S. Pollution 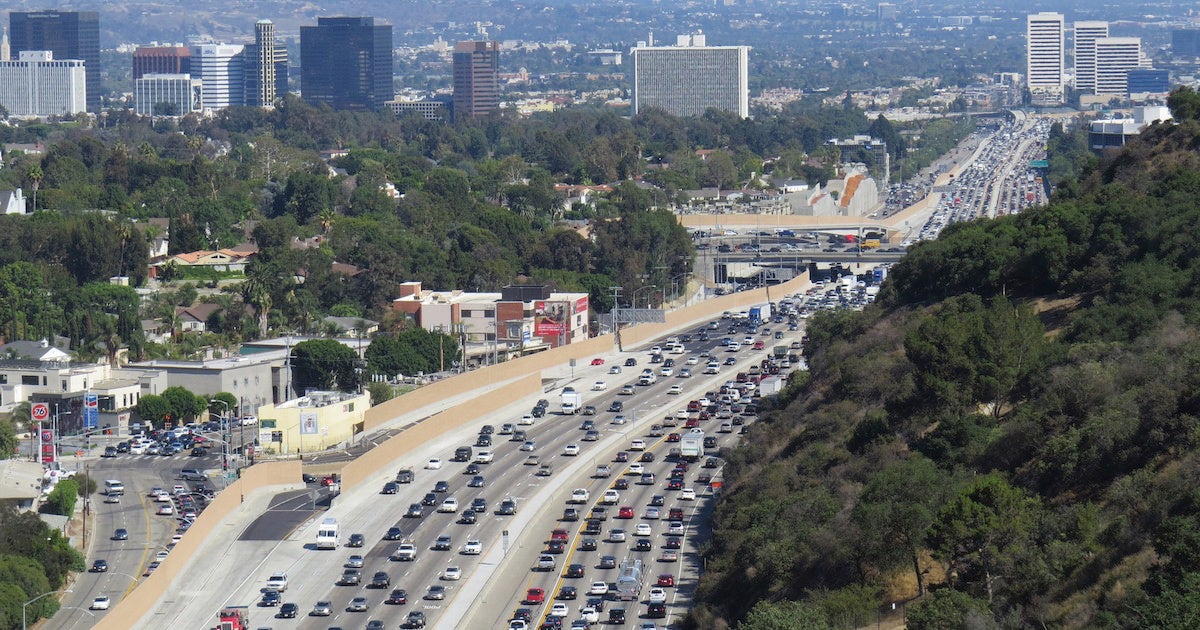 With the holidays coming around, it may be a good time to note that the countless miles that Americans will drive, train or fly has a big planetary impact.

In fact, the
transportation sector is now the biggest source of greenhouse gas emissions in the U.S., unseating electricity production for the first time in four decades.

According to a
Bloomberg analysis, carbon dioxide emissions from transportation exceeded those from electricity production in 2016—the first time since the 1970s. The gap widened even further this year.

Check out this image from Sam Ori, the executive director of the Becker Friedman Institute for Research in Economics:

US CO2 emissions from transport exceeded those from power gen in the 12 months thru Feb 2016. First time since 1979. pic.twitter.com/noLi20P4Mp

However, the reason behind the rankings flip is not because pollution from cars, planes, trains and ships is increasing. Turns out, transportation-related emissions in the U.S. haven’t risen much since 2000.

Rather, the switch is due to utilities moving away from coal—the dirtiest source of power—to cheaper and cleaner natural gas. Natural gas, of course, releases greenhouse gases, but the fossil fuel emits up to 60 percent less CO2 compared to emissions from a typical new coal plant.

The boom in
renewable energy, which is becoming more efficient and cheaper, is also driving down emissions.

Clean energy benefits not just the planet’s health, but our health, as Bloomberg touted:

“This is good news, and not just because carbon dioxide emissions are the biggest contributor to global climate change. The shift to cleaner energy also has immediate local improvements to health by reducing the burden of asthma, cancer and heart disease.”

Improved fuel economies enacted by the Obama administration and the growth of electric vehicles could spur big CO2 cuts in the U.S. transportation sector in the coming years.

However, the bad news is that the Trump administration has a pro-coal agenda and is attempting to undo President Obama’s
Clean Power Plan that slashes emissions from coal-fired plants. The president is also considering rolling back fuel-efficiency standards.