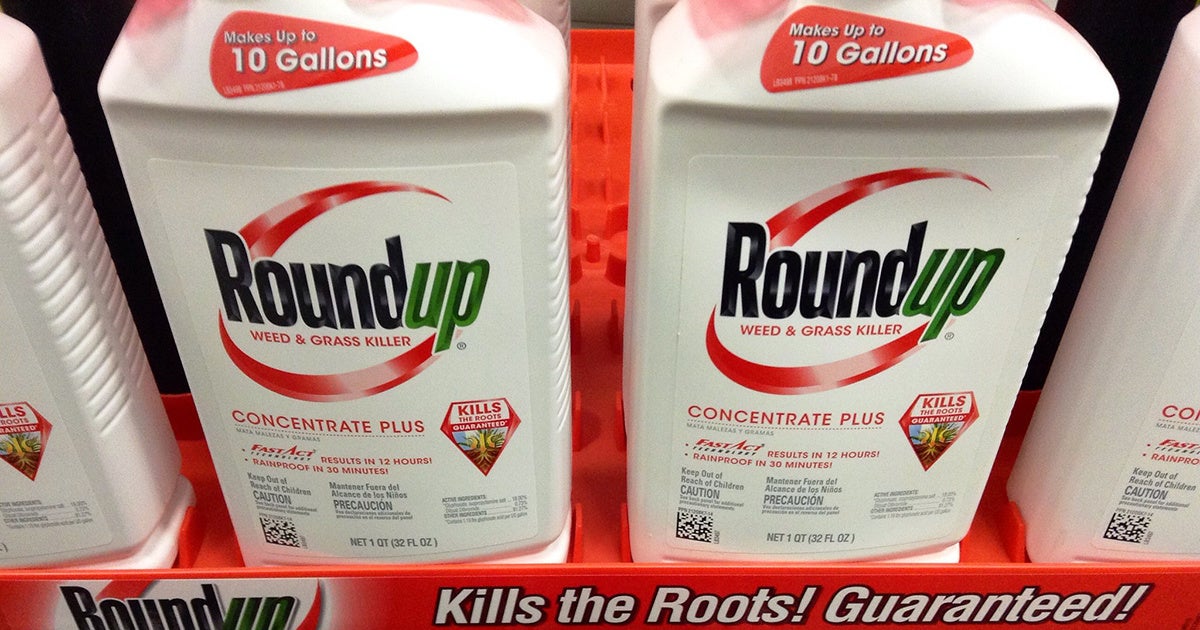 Update, June 5: On June 5 a spokesperson or Scientific Reports said, “When any issues are raised with Scientific Reports about papers we have published, we investigate them carefully and we will take action where appropriate.” He pointed out that Scientific Reports is an online, open-access journal in the “Nature Research family of journals” but is editorially independent of Nature.

The authors of a newly published paper examining the impacts of exposure to the world’s most widely used herbicide declared some shocking news.

The team from Washington State University found that descendants of rats exposed to the chemical glyphosate developed prostate, kidney and ovarian diseases, obesity and birth abnormalities. The findings, published in April in the scientific journal Scientific Reports, added to the global debate about the safety of glyphosate and Monsanto’s Roundup and other glyphosate-based weed killers.

But perhaps more stunning than that news, the research team also stated in their paper that the International Agency for Research on Cancer (IARC), a specialist scientific arm of the World Health Organization, had “retracted” its finding that glyphosate was a probable human carcinogen.

The error is one of many in the paper reported to the authors over a month ago that has yet to be corrected. But none, perhaps, is more glaring than the one about IARC.

IARC had issued a lengthy paper in 2015 that concluded by classifying glyphosate as a 2A human carcinogen. That IARC classification sparked thousands of lawsuits against Monsanto, the longtime purveyor of Roundup and other glyphosate herbicides and fueled debate around the globe. The IARC classification also helped prompt many European countries to start moving to limit or ban glyphosate use. Cities, school districts and retailers across the United States have also stopped using or selling glyphosate products. Monsanto’s German owner Bayer AG has lost 40 percent of its shareholder value due to the persistent concerns about Monsanto’s glyphosate herbicides.

But according to the WSU team, the IARC classification that triggered it all was retracted in 2016. They wrote:

“In March 2015 the International Agency of Research on Cancer classified glyphosate as a Grade 2a carcinogen based on prevalence of liver and kidney tumors in chronic feeding studies. Shortly after, this statement was retracted in 2016.”

A retraction by IARC of its finding would be highly significant. Indeed, Monsanto in 2015 did seek a retraction but IARC has defended its work, as have numerous independent scientists from multiple countries. And notably, IARC has never retracted its finding of glyphosate as a 2A probable carcinogen.

“The classification has not been changed and is still valid,” said IARC spokeswoman Veronique Terrasse.

The Washington State research team was led by Michael Skinner, professor of the WSU School of Biological Sciences. Seemingly the error would be easy to correct. But when contacted about the error, Skinner said he had no intention of correcting the statement because no correction was needed. He said that he has told scientists who have raised the issue with him to write a letter to the editor of the journal.

“The Definition of Retract includes to “Draw or be drawn back or back in” or “withdraw or go back” or “reconsider or drawn back,” so this is why the word was used in this context,” Skinner said in an emailed response.

Scientific Reports is part of Nature, a weekly international journal that bills itself as “publishing the finest peer-reviewed research in all fields of science and technology…” No one from Nature or Scientific Reports responded to a question about whether or not the error would be corrected.

Several outside scientists have identified other factual errors in the paper, and said they threaten to undermine the credibility of the findings overall.

“This is supposed to be picked up by the peer review,” said Chuck Benbrook, an agricultural economist and glyphosate expert whose own scientific research was cited incorrectly by the Skinner team in their paper. Benbrook contacted Skinner in April immediately after the paper was published laying out several errors that need correcting. Benbrook noted that all of the problems he is aware of were in the introduction to the paper and had nothing to do with the scientific conclusions.

“Why he didn’t quickly correct the factual errors … is hard to understand,” said Benbrook.

Among the other factual errors:

2. The Skinner paper states that IARC’s classification of glyphosate was based on the prevalence of liver and kidney tumors in chronic feeding studies. In fact, the IARC classification, as detailed in IARC’s paper, states the classification was based on data from animal studies, epidemiology studies, and “strong evidence” of genotoxic mechanisms of action.

3. As well, the paper cited in a footnote a paper that contradicted IARC’s finding of glyphosate as a probable carcinogen that was exposed nearly two years ago as the ghost-written work of Monsanto scientists. Skinner’s paper did not note that this paper, titled “Genotoxicity Expert Panel review: weight of evidence evaluation of the genotoxicity of glyphosate, glyphosate-based formulations, and aminomethylphosphonic acid,” was so problematic for its lack of disclosure of Monsanto’s involvement that the journal that published it — Critical Reviews in Toxicology — issued an “expression of concern” and a correction statement.

Skinner’s research was supported by a grant from the John Templeton Foundation. He and his colleagues exposed pregnant rats to glyphosate between their eighth and 14th days of gestation. The dose, which they said was half the amount expected to show no adverse effect, produced no apparent ill effects on either the parents or the first generation of offspring. But the researchers saw dramatic increases in “several pathologies affecting the second and third generations,” according to a press release promoting the study.

The study has garnered quite a bit of attention. Several news outlets have reported on the study, quoting Skinner. Bayer AG, the German company that bought Monsanto last year, has said Skinner’s study wasn’t credible. But Skinner has defended the accuracy of the study, citing the fact it was peer-reviewed and published in an accredited scientific journal.