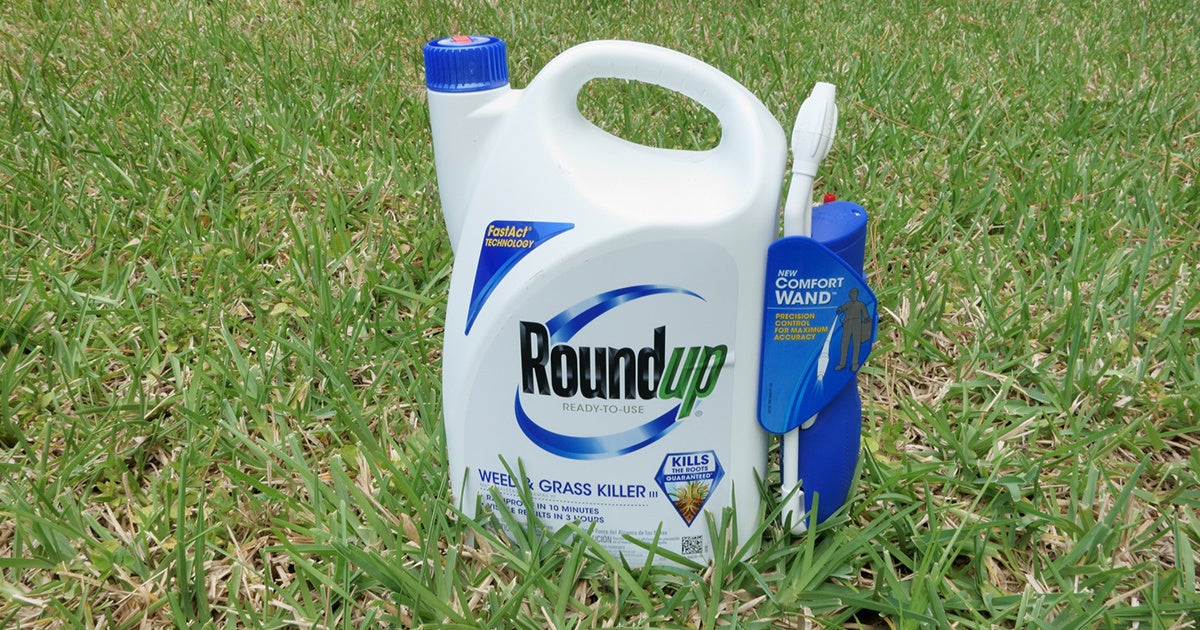 A third jury ruled that Monsanto‘s Roundup weedkiller caused cancer Monday, awarding a California couple more than $2 billion in damages. Not only is it the largest award in a Roundup trial to date, it is also the largest U.S. jury award this year and the eighth-largest product-defect award ever, Bloomberg reported.

“We really wanted to tell Monsanto, ‘Cut it out, do better,’ and we wanted to get their attention,” juror Doug Olsen told Bloomberg of the award.

.@Bayer Ordered by Jury to Pay $2 Billion Damages in #Roundup Trial. Via @business https://t.co/PKOKEzmDqH "It’s the largest jury award in the U.S. so far this year and the eighth-largest ever in a product-defect claim, according to data compiled by Bloomberg."

Alva and Alberta Pilliod used Roundup on their property for more than three decades before they were both diagnosed with non-Hodgkin’s lymphoma, Reuters reported. The jury ruled that Roundup had been defectively designed and that Monsanto failed to warn customers of the cancer risk and acted negligently. In total, they awarded the couple billion in punitive damages and million in compensation. The billion is likely to be reduced due to Supreme Court rulings that limit the ratio of punitive to compensatory damages at 9:1. However, the Pilliod’s lawyer R. Brent Wisner urged the jury to award a large amount in order to send a message to the company, The New York Times reported.

“Monsanto has never had any interest in finding out whether Roundup is safe,” Wisner said in a post-verdict statement reported by The Guardian. “Instead of investing in sound science, they invested millions in attacking science that threatened their business agenda.”

The judge in the Pilliod’s trial allowed lawyers to present additional evidence not admitted in the first two Roundup trials, showing how Monsanto attempted to influence research into the safety of glyphosate, the active ingredient in Roundup.

“We were finally allowed to show a jury the mountain of evidence showing Monsanto’s manipulation of science, the media and regulatory agencies to forward their own agenda despite Roundup’s severe harm to the animal kingdom and humankind,” one of the couple’s attorneys, Michael Miller, said in a statement reported by The Guardian.

In a statement following the trial, Alberta Pilliod urged Bayer, who acquired Monsanto last year, to add a health warning to the product, saying she would not have used it if she had known of the risks.

“We’ve been fighting cancer for more than nine years now and we can’t do any of the things we wanted to do. We really resent Monsanto for that,” Pilliod said.

The verdict spelled further trouble for Bayer. Its shares have fallen 40 percent since it purchased Monsanto, The New York Times reported. After Monday’s verdict, its stock fell to its lowest point in nearly seven years, according to Bloomberg.

This is the third Roundup trial since Bayer acquired Monsanto. In August 2018, a California jury said Roundup use caused the cancer of a Bay Area groundskeeper. Then, in March, the jury in the first federal Roundup case also ruled in favor of the plaintiff. The company faces more than 13,400 similar lawsuits in the U.S.; the next will take place in a Missouri state court in August, Reuters reported.

In a statement following the verdict, Bayer pointed to an announcement from the U.S. Environmental Protection Agency (EPA) reaffirming its previous finding that glyphosate does not cause cancer in humans.

“The contrast between today’s verdict and (U.S. Environmental Protection Agency’s) conclusion that there are ‘no risks to public health from the current registered uses of glyphosate’ could not be more stark,” Bayer said in a statement reported by Reuters.

Bayer's full statement on the jury's verdict in the glyphosate trial taking place in the California Superior Court for the County of Alameda Oakland, California to be posted shortly. Link to follow. pic.twitter.com/kuVTMzhS0B

Most of the trials are based on a contrasting 2015 finding from the World Health Organization’s International Agency for Research on Cancer, which ruled glyphosate was “probably carcinogenic to humans.”

The product has lost a great deal of credibility. Bloomberg reported that following the verdict, an anonymous juror told the company’s lawyer what they could do to assure jurors of Roundup’s safety.

“I wanted you to get up and drink it,” the juror said.