EPA Might Finally Regulate PFAS But the Process Matters 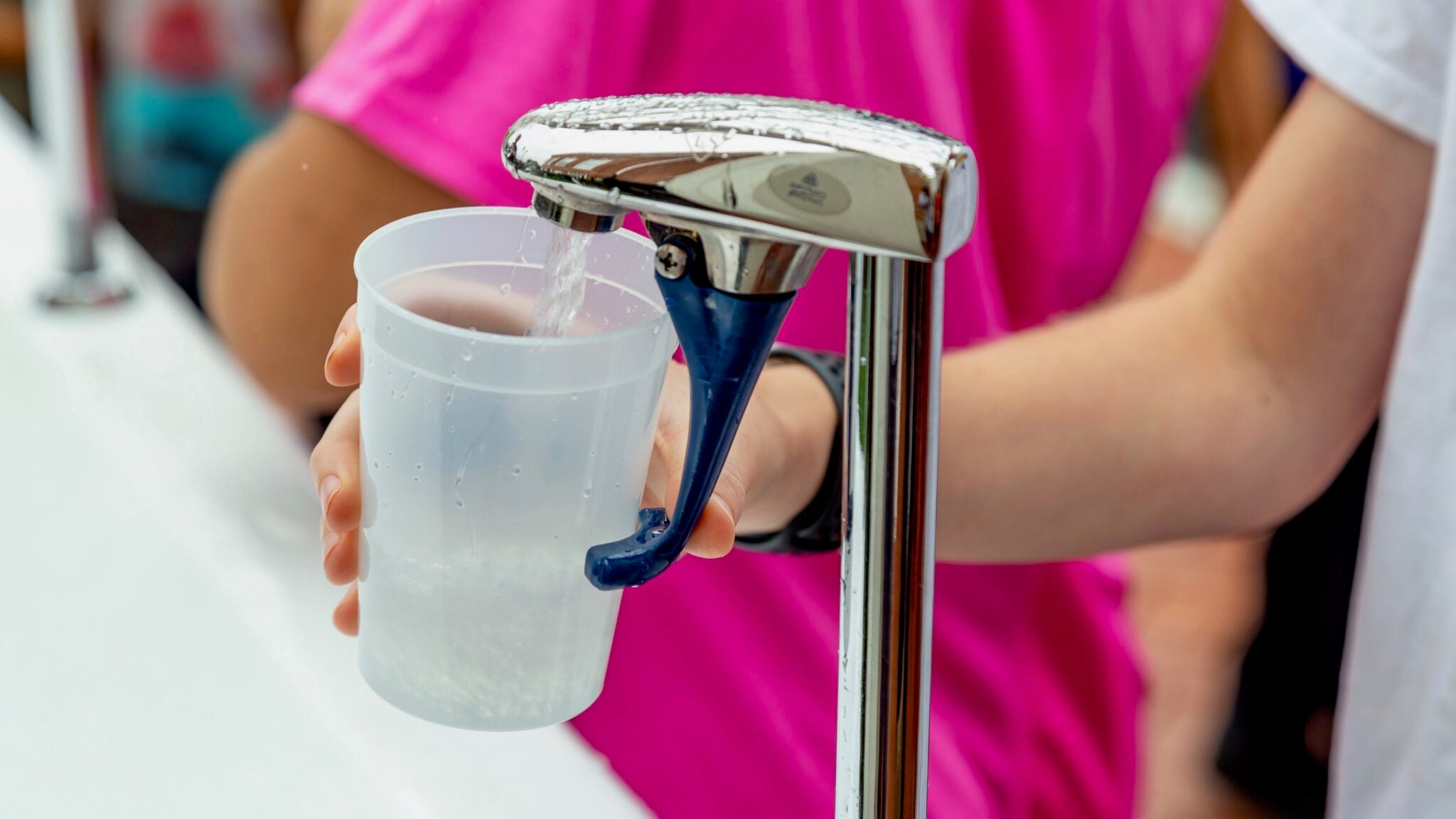 We need our government to do everything it can to stop PFAS contamination and exposure from wreaking havoc in communities across the country. LuAnn Hun / Unsplash

The EPA announced last week that it is issuing a preliminary regulatory determination for public comment to set an enforceable drinking water standard to two of the most common and well-studied PFAS, PFOA and PFOS.

This decision is based on three criteria:

This is a good thing and should have happened sooner, but likely as a result of public pressure and the overwhelming evidence of harms caused by exposure to these chemicals, the EPA is officially embarking upon this long and arduous regulatory process with an uncertain outcome.

The process of setting such a standard, known as a Maximum Contaminant Level (MCL) under the Safe Drinking Water Act (SDWA) is a long one and we know that there are multiple decision points at which political interference, lack of transparency, or a failure to recognize the best available science can undermine such a process. If the EPA successfully sets a standard, it will mean that utilities will be required to monitor drinking water for PFOS and PFOA and use treatment techniques to keep levels below the standard, which will be especially helpful for communities in states that haven’t set their own MCLs.

Here are some things to keep in mind and look out for as EPA begins its process to regulate PFAS in drinking water:

The SDWA Process Is Flawed

The Safe Drinking Water Act was signed into law by President Ford in 1974 and sets a regulatory process for setting drinking water standards. Then in 1996, Congress issued amendments which created a long list of hurdles that weakened EPA’s ability to set health-protective standards for water contaminants. Some requirements include technology assessments and risk assessments that require the agency to state each significant uncertainty related to public health effects.

The amendments also require EPA to conduct a cost benefit analysis, which can weigh into the standard that is selected. In fact, EPA can choose to set a standard that “maximizes health risk reduction benefits at a cost that is justified by the benefits.” As in all environmental and public health policy, it is much harder to quantify benefits to public health than it is to quantify costs to industry which makes this a natural place for industry to fight hard to document potential costs and advocate for a less stringent standard. A cost benefit analysis also opens up these regulations to more intense scrutiny from the Office of Management and Budget’s Office of Information and Regulatory Affairs which has been known to delay rules or even make substantive changes to the scientific basis of regulations all without adequate transparency.

Generally, it’s hard to have faith in the Trump Administration’s EPA which leads all other government agencies in the count of attacks on science and has made decisions that benefit industry over public health time and time again. We’ve also witnessed the EPA recently drop the ball on a drinking water decision.

A long-awaited proposed MCL for perchlorate was issued in summer 2019 after beginning the regulatory process in 2011. The level was over three times less protective than its health advisory set in 2008 and out of sync with its own analysis published in 2016 and the conclusion of a peer review panel convened in 2018 to review that report. So what went wrong?

After layers of scientific input, including the development of a model to quantify the relationship between perchlorate and fetal brain development that was reviewed by SAB and went through public comments, the agency dismissed key studies using inadequate rationales and set a less health-protective standard. As the SDWA requires the agency to use the “best available, peer-reviewed science and supporting studies conducted in accordance with sound and objective scientific practices; and data collected by accepted methods or best available methods,” Administrator Wheeler’s EPA, closely advised by former industry representatives will be deciding what acceptable science and methods are.

Integrity of Science Advice and Peer Review Processes Must Be Upheld

Advisory committees and independent peer review bodies should be employed by the EPA to provide objective checks on the work of the agency that are open and accessible to the public. But changes recently made to the EPA’s Science Advisory Board including skewing membership toward industry and consultants, holding fewer meetings or delaying important meetings and key decisions, moving away from consensus-based reviews, and exerting more control from the administrator and chair suggest that future advisory committee proceedings related to examining the best available science on PFAS may not be the kind of independent science advice process we’d like to see.

The EPA’s so-called ‘transparency’ rule, the supplemental piece of which could be released any day now, would require underlying data to be made public would severely limit the agency’s ability to use much of the human health data that has been accumulating since PFOA and PFOS have been studied, thus hindering EPA’s ability to designate a strong maximum contaminant level. Over two dozen human health studies have been published in peer-reviewed journals since a settlement agreement was reached in a lawsuit against the maker of PFOA, DuPont, and people living near DuPont’s West Virginia Washington Works Plant.

The studies rely on interviews, questionnaires, and blood samples from 69,000 individuals and examine links between C8 exposure and a variety of diseases and health outcomes. Because the information collected by researchers for these studies includes sensitive and private information of participants, it would not be possible to make the underlying data public in order to comply with EPA’s proposed rule. This means that some of the best available science identifying probable links between PFAS and diseases such as thyroid disease, testicular and kidney cancer, pregnancy-induced hypertension and preeclampsia, and diagnosed high cholesterol could be left out of any future EPA decisions made on these chemicals. As a result, health decisions made on this class of chemicals would be wholly inadequate to protect exposed populations.

The agency is also considering changing how it conducts cost benefit analysis for regulations such as the SDWA, which threatens to tilt the scales toward reducing industry costs over maximizing societal and public health benefits.

While the EPA is asking for more information on other PFAS substances, the agency’s decision to add PFOA and PFOS to the Contaminant Candidate List leaves the hundreds of variations of PFAS that have been manufactured as replacements to PFOA and PFOS, including short-chain PFAS chemicals, in regulatory limbo. We know that PFOA and PFOS are only two of the many highly fluorinated chemicals contaminating our drinking water. A recent EWG analysis tested drinking water across the country for 30 different PFAS chemicals and found that on average, each sample had six or seven different compounds present.

This “fingerprint” of PFAS mixtures is commonly found near industrial and military contamination sites. Industry’s path of regrettable substitutions has set our government up for a scenario of perpetual regulatory catch-up. The agency needs to follow the science showing that the class of highly-fluorinated chemicals are persistent and bioaccumulative because of the chemical structure inherent in each variety. Failure to do so will give us a wholly inadequate picture of PFAS contamination and leave many communities to deal with PFAS contamination without federal support.

States Should Continue to Lead

As EPA sets out on this potentially decades-long process that may or may not yield a protective standard, communities across the country are dealing with PFAS contamination now. States are acting to help regulate these chemicals and are making amazing progress. Congress has also stepped up and gotten some key PFAS-related provisions included in the National Defense Authorization Act and introduced as a part of the PFAS Action Act, like labeling PFAS as hazardous substances so that manufacturers are responsible for paying to clean up contamination.

We need our government to do everything it can to stop PFAS contamination and exposure from wreaking havoc in communities across the country. And we need to make sure that scientific integrity is upheld as it makes key regulatory decisions so that our kids and future generations will be safe from the health risks associated with these toxic chemicals.

Genna Reed is a lead science and policy analyst in the Center for Science and Democracy at the Union of Concerned Scientists.