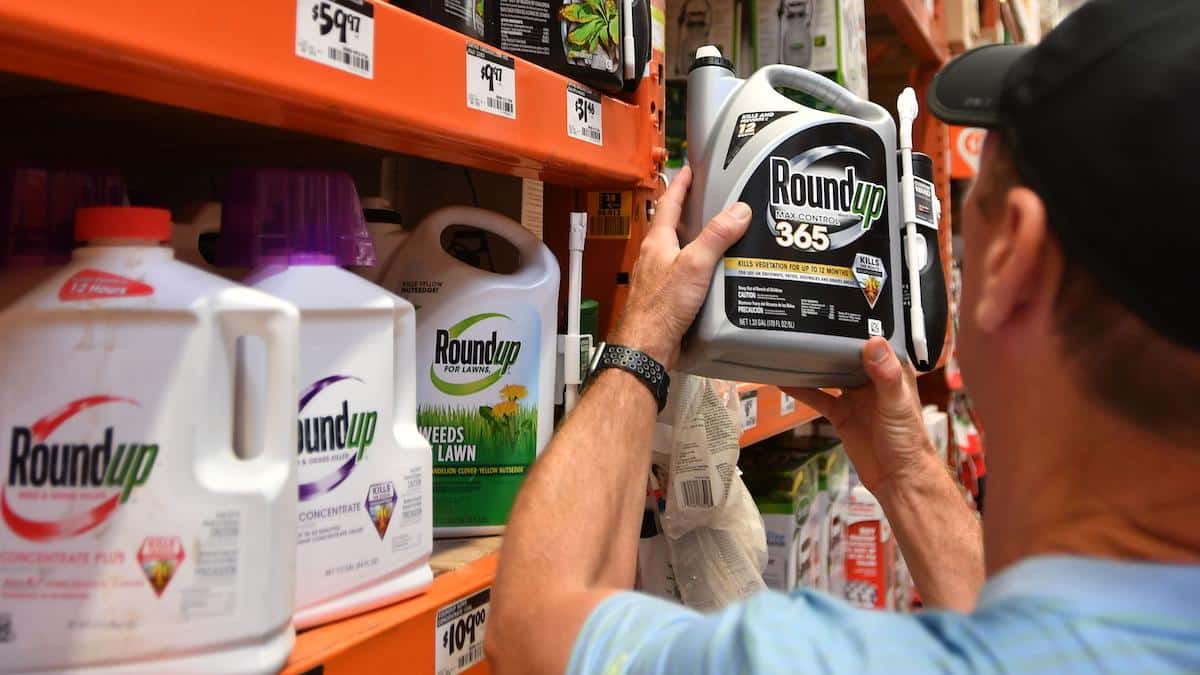 A customer shops for Roundup products at a store in San Rafael, California on July, 9, 2018. JOSH EDELSON / AFP via Getty Images

As Big Ag fumed Monday over a U.S. Environmental Protection Agency (EPA) determination that herbicides including the endocrine-disrupting atrazine and carcinogenic glyphosate are likely to harm more than 1,600 protected plant and animal species, environmentalists pointed to the agency’s findings as proof of the need for stricter limits on the use of the dangerous poisons.

After decades of refusing to comply with its obligations under the Endangered Species Act, the EPA on Friday released its final biological evaluations for atrazine, glyphosate, and simazine in order to comply with a 2016 legal agreement with the advocacy groups Center for Biological Diversity and Pesticide Action Network. The EPA evaluations concluded that the chemicals are likely to adversely affect 1,676 animals and plants on the federal threatened or endangered species lists.

“It’s no surprise that these chemical poisons are causing severe harm to imperiled wildlife since U.S. use exceeds 70 million pounds of atrazine and 300 million pounds of glyphosate every year,” Nathan Donley, environmental health science director at the Center for Biological Diversity, said in a statement.

Both atrazine and glyphosate have been re-approved for use in the past two years. Earlier this year, the EPA was denounced by environmental and consumer advocacy groups after the agency argued that Bayer’s glyphosate-based Roundup — the world’s most widely used herbicide — should remain on the market despite acknowledging that a Trump-era review of the chemical was flawed and required reevaluation.

What's worse, EPA re-registered both glyphosate and atrazine in the past 2 years, BEFORE it completed these ESA analyzes and vital protections, KNOWING it is in violation, threating imperiled species from spraying. That's one reason we are in Court challenging those approvals. https://t.co/yKrvyIAgiM

Bayer announced in July that it would end U.S. sales of Roundup for residential use by 2023.

In 2019, the administration of former President Donald Trump moved to increase the allowable levels of atrazine, which has been linked to hermaphroditic amphibians, and birth defects, cancer, and other ailments in humans.

The @EPA has determined that the #pesticides #atrazine and #glyphosate are each likely to harm more than 1,000 of the nation's most endangered plants and animals. Both were reapproved in the past 2 years. https://t.co/27pbGSusTL

The EPA’s findings will now be reviewed by the U.S. Fish and Wildlife Service and National Marine Fisheries Service, which will determine what steps to take to protect affected species and ensure that the herbicides do not further harm animals and plants at risk of extinction.

“It’s long past time for atrazine to be banned, and the EPA needs to crack down on the reckless overuse of glyphosate,” Donley added. “Without real conservation action, these pesticides will continue to push our most endangered wildlife closer to extinction.”