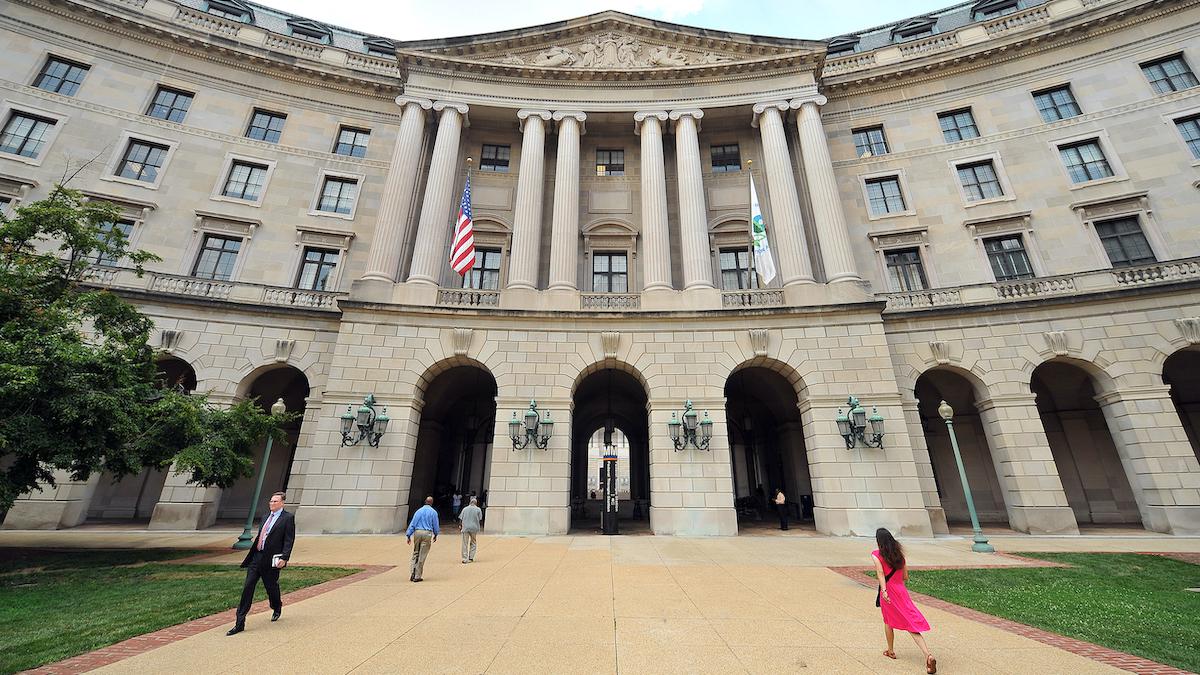 The headquarters of the United States Environmental Protection Agency in Washington, DC on July 17, 2013. Matt McClain / The Washington Post via Getty Images

For the third time in three years, the U.S. The Environmental Protection Agency (EPA) has ordered Amazon to stop selling illegal pesticides.

The EPA’s Seattle office announced Tuesday that it had presented the online retailer with a “stop sale” order targeting products that were unregistered and potentially dangerous or ineffective. Some of them made false or misleading claims that they offered protection against viruses.

“Unregistered pesticides in the e-commerce marketplace pose a significant and immediate health risk to consumers, children, pets, and others exposed to the products,” Ed Kowalski, director of the Enforcement Compliance Assurance Division in EPA’s Region 10 office in Seattle, said in the announcement.

“We have no idea what those products are made of,” Chad Schulze, the EPA’s pesticide enforcement lead in Seattle, told The Seattle Times. “And when you have people purchasing a product that says it will kill or control viruses in their personal space but it does not, that’s a huge risk as well.”

Since the stop sale order was issued in January, Amazon has removed the products from its website, a spokesperson for the company told The Seattle Times. However, the online sale of unregistered pesticides is an ongoing problem.

All pesticides sold in the U.S. are supposed to be registered with the EPA under the Federal Insecticide, Fungicide, and Rodenticide Act (FIFRA), the agency explained in its June stop sale order. The registration process allows the EPA to ensure all pesticides for sale are safe and do what they say they will do.

Between 2013 and 2018, the EPA claimed that Amazon violated FIFRA almost 4,000 times, The Seattle Times reported. Amazon reached a settlement with the agency over these violations and said it would take steps to reduce the number of illegal pesticides sold on its platforms. Since then, the problem has decreased, but it has not disappeared.

“Is [Amazon] perfect? Is it stopping everything we need them to stop?” Schulze asked in The Seattle Times. “No.”

For example, one of the products targeted by the June order was labeled “Amazon’s Choice,” signaling the company’s endorsement.

While Schulze said other e-commerce sites were worse, Amazon is the largest in the U.S. It has almost 300 million customers and offers more than 350 million products, according to the EPA.

Any pesticide or disinfectant that meets FIFRA requirements will have an EPA registration and establishment number, the agency said.

“The agency advises consumers who have purchased an unregistered pesticide product or a misbranded pesticidal device to safely dispose of it in accordance with local, state, and federal laws,” the EPA advised. “This is especially important for consumers seeking to protect against SARS-CoV-2, the virus that causes COVID-19.”

Anyone looking for safe and effective protection against the new virus can look at the EPA’s list of products here.