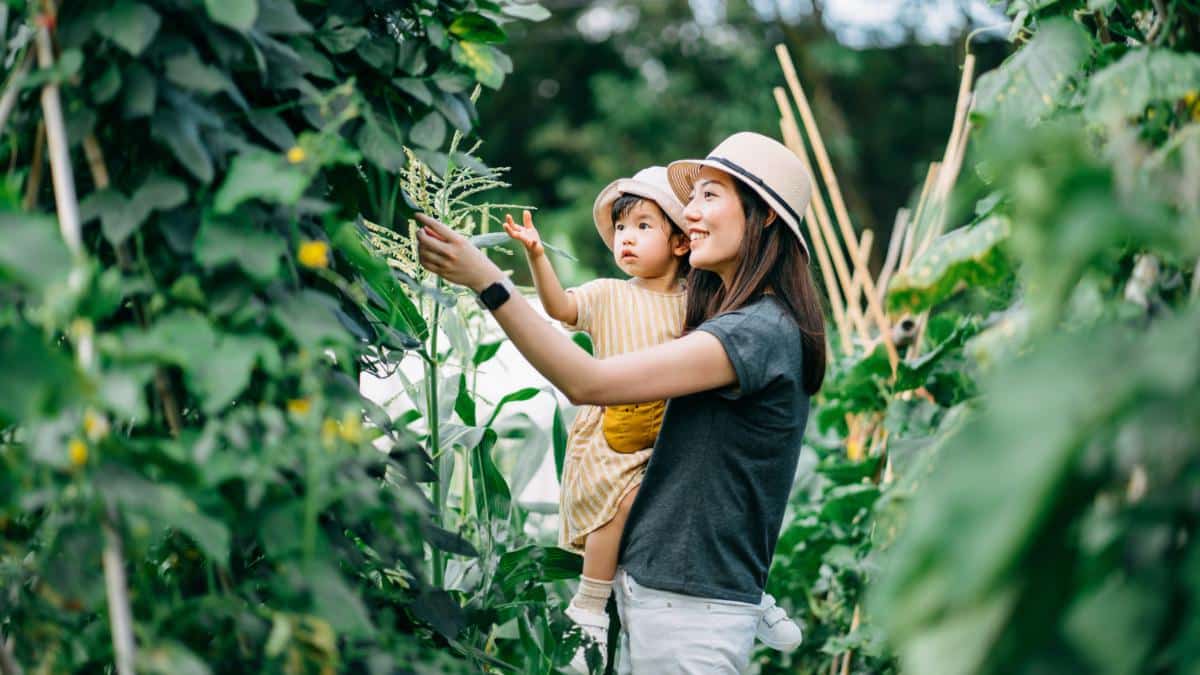 When my five-year-old notices her dad running the water for any reason at all, she yells (at the top of her lungs and in a robot voice, of course), “ALERT. ALERT. WASTING WATER ALERT. ALERT, ALERT!” It makes me laugh but also warms my heart every time, knowing the importance of saving water—and the planet in general—is already ingrained in her mind.

Her behavior is not particularly surprising: Like many of my fellow Korean Americans and other Asian Americans, as well as Indigenous Pacific Islanders, the values of protecting and conserving resources are values I grew up with myself.

From when I was a young child, my parents—especially my mom—were constantly reminding me to turn off the faucet while I brushed my teeth, shampooed my hair, soaped the dishes, and any other time I wasn’t actively using the water. My mom reused glass and plastic containers and utensils until they were practically disintegrating (BPA alert!). “Turn off the lights,” she would say. “Don’t waste electricity.” “Eat every grain of rice in your bowl,” she’d chide. “We don’t waste food.”

Such teachings probably play into the stereotype that Asians are overly frugal (read: cheap), but what many people may not realize is that these principles, at least in my personal experience, are deeply intertwined in our ancestral history. 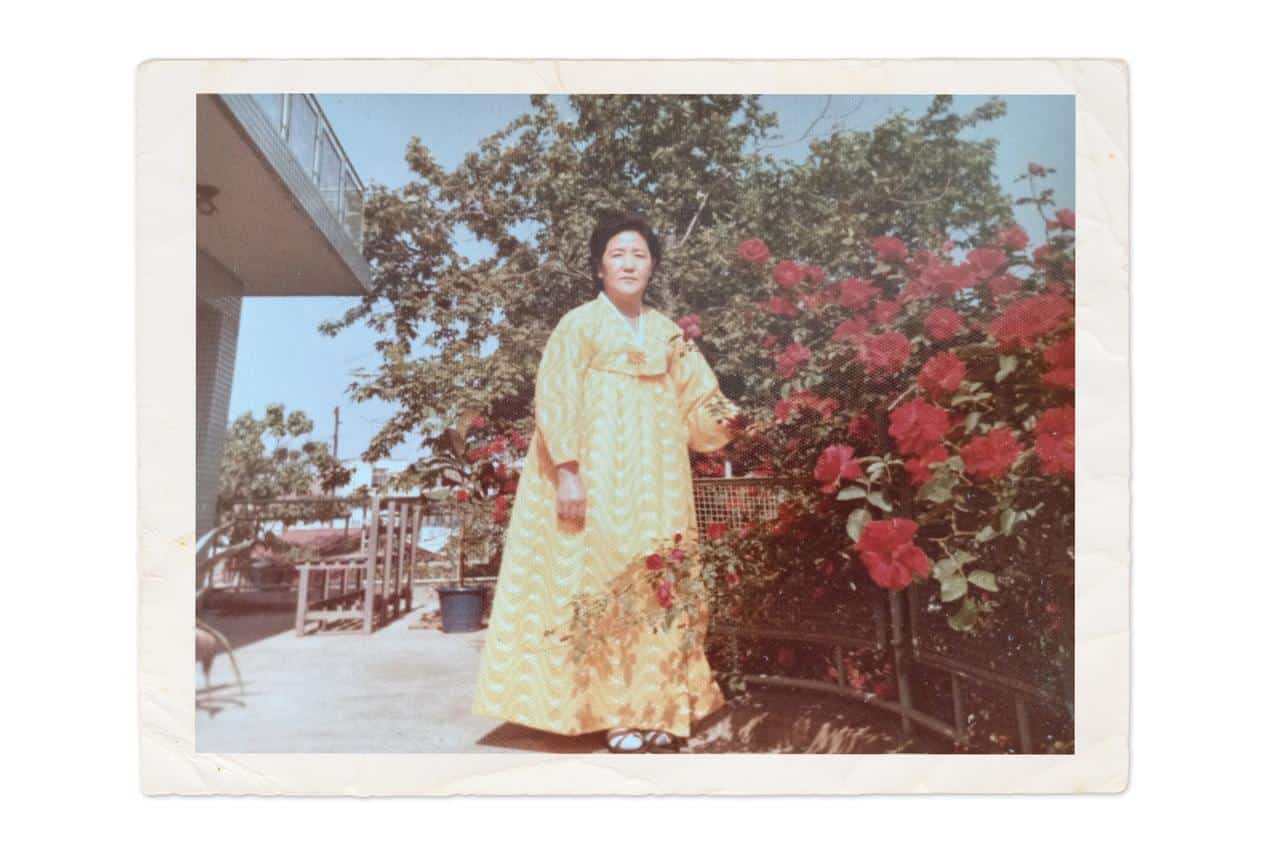 All four of my grandparents survived the harshest decades of Japan’s colonization of Korea, which lasted from 1910 to 1945. But their trauma didn’t stop there. After World War II ended Japan’s occupation, the United States and Russia didn’t allow the Korean people to determine the future of their own country. To satisfy their own foreign policy interests, they instead split the peninsula in half—literally tearing families apart. Just five years later, in 1950, the Korean War broke out when North Korea invaded the South. Three catastrophic years followed, ending with the tragic deaths, injuries, or disappearances of an estimated 5.5 million people—many of them civilians. While the fighting stopped in 1953, there was no formal peace treaty between the two Koreas. Nearly 70 years later, the conflict is technically still not over. 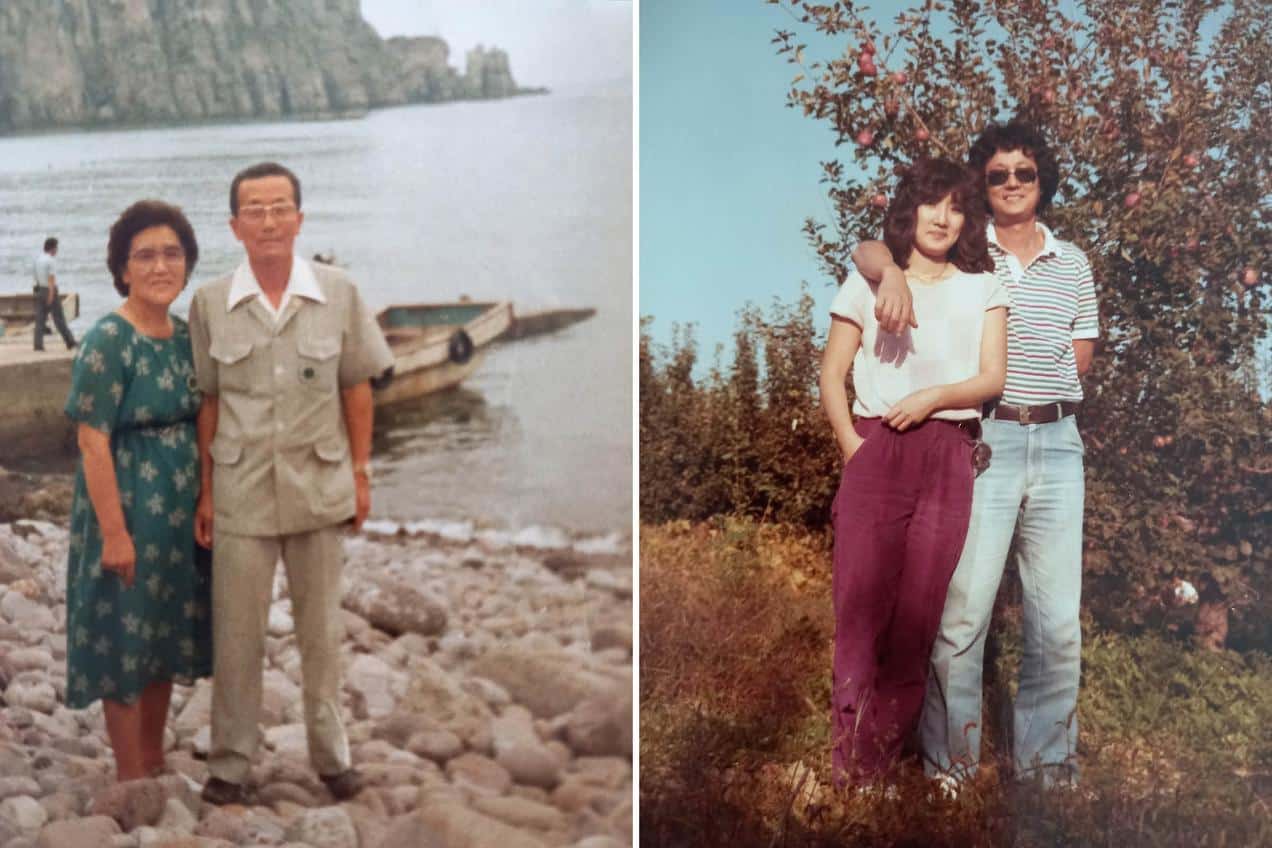 My dad and mom, born near the end of Japanese colonization and in the middle of the Korean War, respectively, learned from their parents to never take anything for granted; everything could be taken away in an instant—including their own homeland. They were taught to appreciate the beauty of Korea’s mountainous lands and free-flowing waters, for they could be stolen or destroyed at any moment. Before emigrating as adults to the United States in the 1970s, my parents witnessed decades of frenetic postwar economic recovery combined with extreme political corruption, as well as occupation by American troops—who still remain.

Colonization, imperialism, war, instability, corruption…it’s no wonder that the importance of protecting our resources has been passed down through generations. My mom’s “nagging” makes perfect sense. Add to this the fact that Korea—like many Asian cultures—is a collectivist society: Korean culture emphasizes the interconnectedness between people, and therefore we should all act so that we do not burden or harm others; it is the idea that the we transcends the I, be it in the context of family, the workplace, community, country, or, in this case, the planet. Simply put, we all do our part for the greater good. (Recent studies have also linked collectivist values to better, more effective responses to the COVID-19 pandemic.) And it’s this heritage, reinforced with the knowledge I’ve gained from working at NRDC, that has nurtured my daughter’s early embrace of protecting the planet and every living being on it. In some ways, the essence of environmentalism exists within us.

And yet, the environmental movement in the United States didn’t ever reach out to me—I had to go to it. Despite Asian Americans’ 250-plus years in this country, with the first recorded arrival of Filipinos in Louisiana in 1763, we have been constantly erased, and continue to be, from the nation’s history, identity, and conversations, as well as from key statistics on public health and well-being, such as how the pandemic affects our communities.

Even now, after almost six years at NRDC, I see how Asian Americans—a faulty categorization that lumps together more than 20 different ethnicities and cultures originating from 48 countries—are left out of the narrative at environmental organizations, despite the fact that research shows that we care…quite a lot. In fact, according to a 2012 National Asian American Survey, 70 percent of Asian Americans consider themselves environmentalists, compared to the national average of 41 percent.

Beyond the connection to our cultural values, we also care about the environment because we have to: Pollution and climate change are harming us directly. But as a result of the pervasive “model minority” stereotype, we receive little support from environmental justice work as well. The assumption is that all 20 million of us (and growing) are successful doctors, lawyers, or engineers living the “American dream”—surely no Asian American lives on the frontlines. Yet, according to the Pew Research Center, incomes vary the greatest among Asian Americans in comparison to other racial groups. In New York City, Boston, and California, one in four Asian Americans lives in poverty—many of them restaurant and hotel workers, employees in salons and laundries, and e-bike delivery workers. The highest poverty rates across the United States are found in Bhutanese and Burmese communities—33.3 percent and 35 percent, respectively; the overall U.S. poverty rate is 15.1 percent.

Just one example of a group of Asian Americans facing environmental injustice is the Laotian community in Richmond, California, where a Chevron refinery spews toxic pollution throughout their neighborhoods. For all these reasons, it is crucial that the larger white-dominant environmental movement wakes up and recognizes Asian Americans.

The origins of my strong foundation in conserving the earth’s resources are my own, an unbroken thread stretching for generations, but I suspect that the values of many of those 70 percent of Asian Americans who self-identify as environmentalists have been similarly shaped by their ancestry. And maybe one day, their kids and mine, with her “water alerts,” will become a powerful Asian American voice—one that the future environmental movement won’t want to waste.