How Residents of South LA Are Tackling Environmental Racism 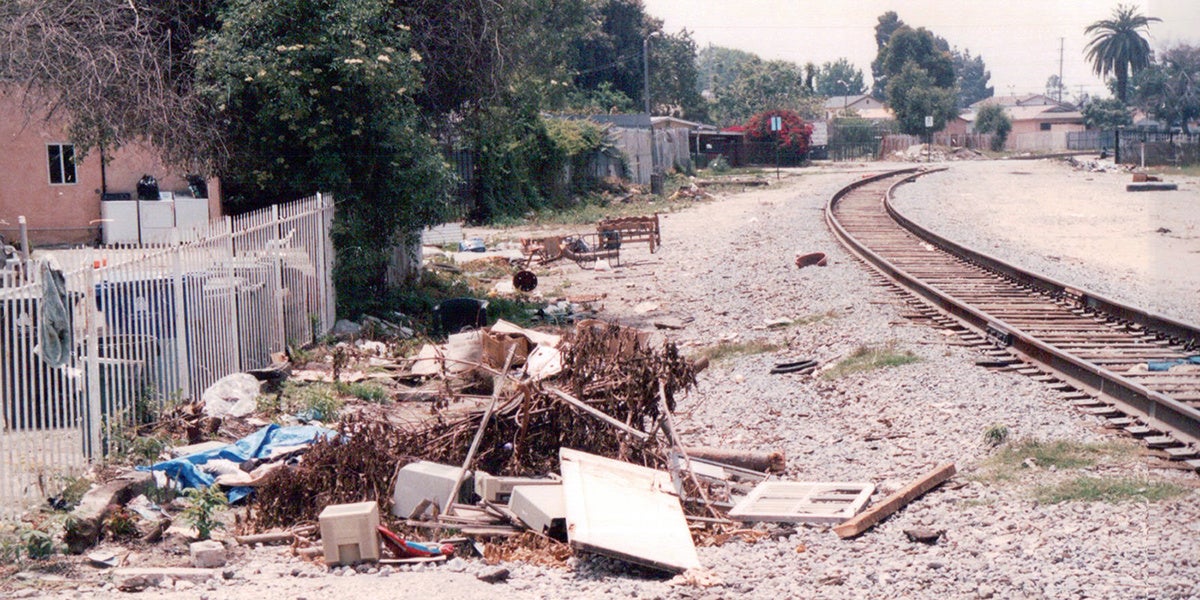 For decades, the South Los Angeles neighborhood of Watts has been hemmed in by dangerous pollutants.

On one corner sits the Jordan Downs housing project, at the center of which is a toxic former industrial site. Children in Jordan Downs have been found with elevated levels of lead in their blood, and the industrial site’s toxic legacy has complicated plans to redevelop the estate.

Just south of Watts is Ujima Village, a 300-unit subsidized housing complex. It was abandoned less than 10 years ago by its residents because of dangerous levels of soil and groundwater contamination stemming from an oil storage site that had never been remediated. Two busy freeways—the I-110 and the I-105—crisscross the fringes of Watts, which is one of the most heavily industrialized neighborhoods in LA. Indeed, most of Watts is ranked in the top 5 percent most environmentally burdened regions of California, in terms of the accumulated toll from a variety of different pollutants and their impacts on people’s health.

“We’re living in the midst of all of this,” Watkins added, “and the Better Watts Initiative was founded to address this unabated environmental racism that’s been going on for far too long.”

Watkins has lived all his life in Watts, which is predominantly Black and Latino. Residents there live on average 12 years less than those from the much more affluent neighborhood of Brentwood and where certain sections suffer some of the highest rates of cardiovascular disease, asthma, and low birth weight babies in all of California. The son of famed civil and poverty rights activist Ted Watkins, he launched the Better Watts Initiative back in 2015 with the intention of accomplishing a number of important objectives—the primary one has been to educate residents on toxic pollution in their air, soil, and drinking water. “And when you’re educated, that’s when you become aware of other things going on around you,” he said. 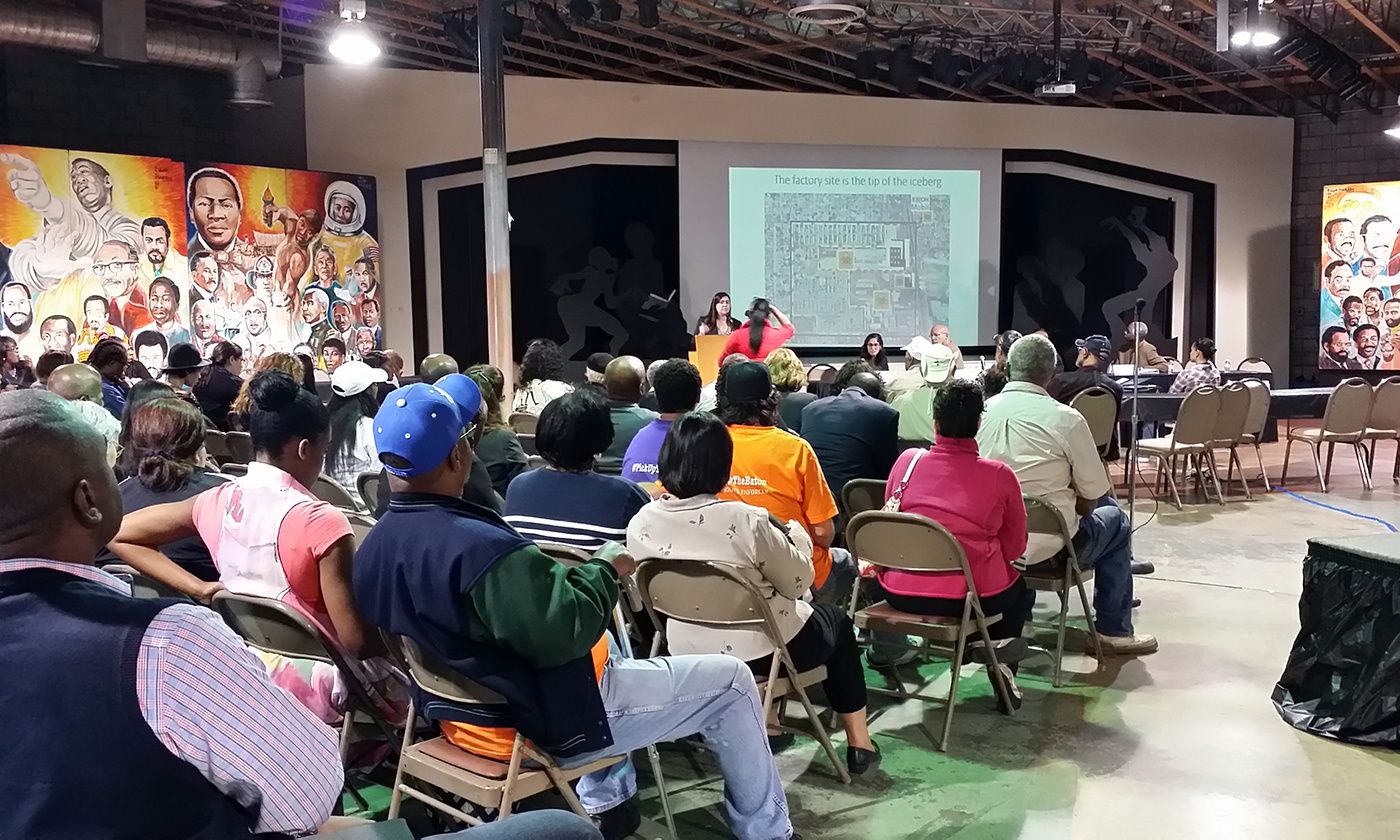 The initiative is a partnership between the WLCAC and a number of other organizations from within or very near Watts, including the Charles R. Drew University, the Black Community Health Task Force, and Cal State University Dominguez Hills.

Hard data can be a crucial weapon in effecting change. That’s why BWI has also partnered with an international clean-air coalition to install an air monitoring system for common air pollutants at a busy Watts intersection. The system produces real-time air results that can be accessed online, so that people with respiratory problems can check air quality in the area. Watkins hopes the data will also trigger actions to improve public infrastructure and introduce road impediments to curb and slow traffic.

Last year, the BWI collected its own data by surveying 200 randomly selected residents and found that “about 90 percent of the people surveyed had to buy bottled water because the [tap] water’s not good enough to drink,” BWI director Ava Post said. She estimates that the average Watts resident spends at least $319 buying bottled water each year. If 90 percent of Watts has to buy bottled water, that sets the neighborhood back nearly $12 million per year—this, in a neighborhood where the median household income is almost $25,000 below LA’s. “There’s a lot of problems, and some are very expensive problems for the people here,” she said.

On the back of this survey, the BWI went home to home distributing information and talking with residents about how to protect themselves and their families from lead poisoning—such as keeping children away from lead contaminated paint and the importance of foods rich with vitamin C, iron and calcium.

Local schools remain a primary focus. “Schools should not be allowed to dispense water that is knowingly tainted,” Watkins said. “A key Better Watts Initiative mission challenge is to understand what the intersection of these exposures are with human behavior.”

Last year, ground broke on a multimillion-dollar 2.5-acre agricultural park in the heart of Watts that will include space for community gardens, where residents can start to build healthier lives. For Watkins, the work for the BWI is far from over.