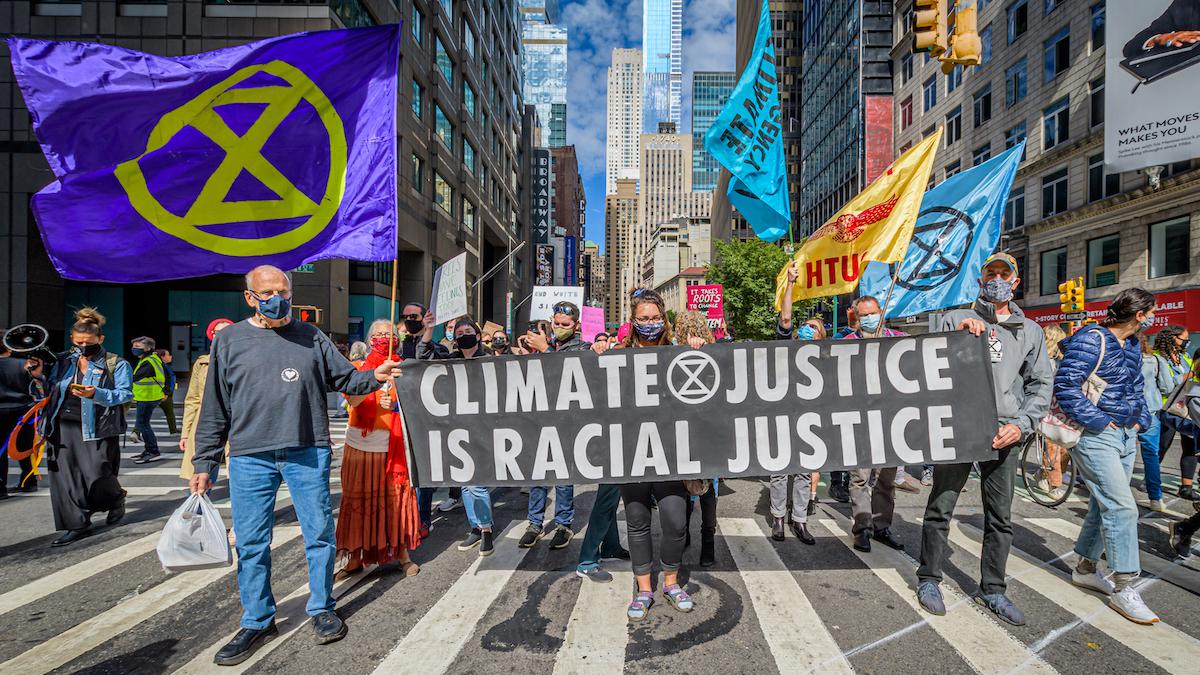 A coalition of climate, Indigenous and racial justice groups gathered at Columbus Circle to kick off Climate Week with the Climate Justice Through Racial Justice march on Sept. 20, 2020. Erik McGregor / LightRocket via Getty Images

The results are based on self-reported data from 37 of the country’s top 40 environmental NGOs and just 11 of the top 40 foundations and grant providers. Since Green 2.0’s first report in 2017, on average, the groups have increased their people of color on staff from 56 to 62 in 2020; on senior staffs increased from four people of color to five; and on boards, averaged four people of color, up from three.

Green2.0’s executive director, Andrés Jimenez, commended the improvements, but said the changes were far from adequate in the context of the movement’s history. The historic and present effects of redlining and other systems of (environmental) racism disproportionately burden communities of color with pollution.

The environmental movement remains predominantly white, however, especially in its leadership and funding — an inequity that has caused the movement to fail to account for and react to the harms caused by systemic racism.

“The survival of the environmental movement is going to be dependent on the community participation and leadership of communities of color and young people,” said Rep. Raúl Grijalva, chair of the House Natural Resources Committee. “It can’t be cloistered and it can’t be selective anymore.”

Jimenez also chastised the failure of so many foundations and grant providers to provide data for the survey even though some of them made public statements in the wake of the nationwide protests following the killing of George Floyd this past summer.

As reported by NBC News:

President-elect Joe Biden has made issues of climate change and diversity a pillar of his incoming administration. Environmental groups said he signaled the importance of inclusion with the selection of Michael Regan, who is Black, to lead the Environmental Protection Agency, and Deb Haaland, a Native American member of Congress from New Mexico, as his interior secretary.