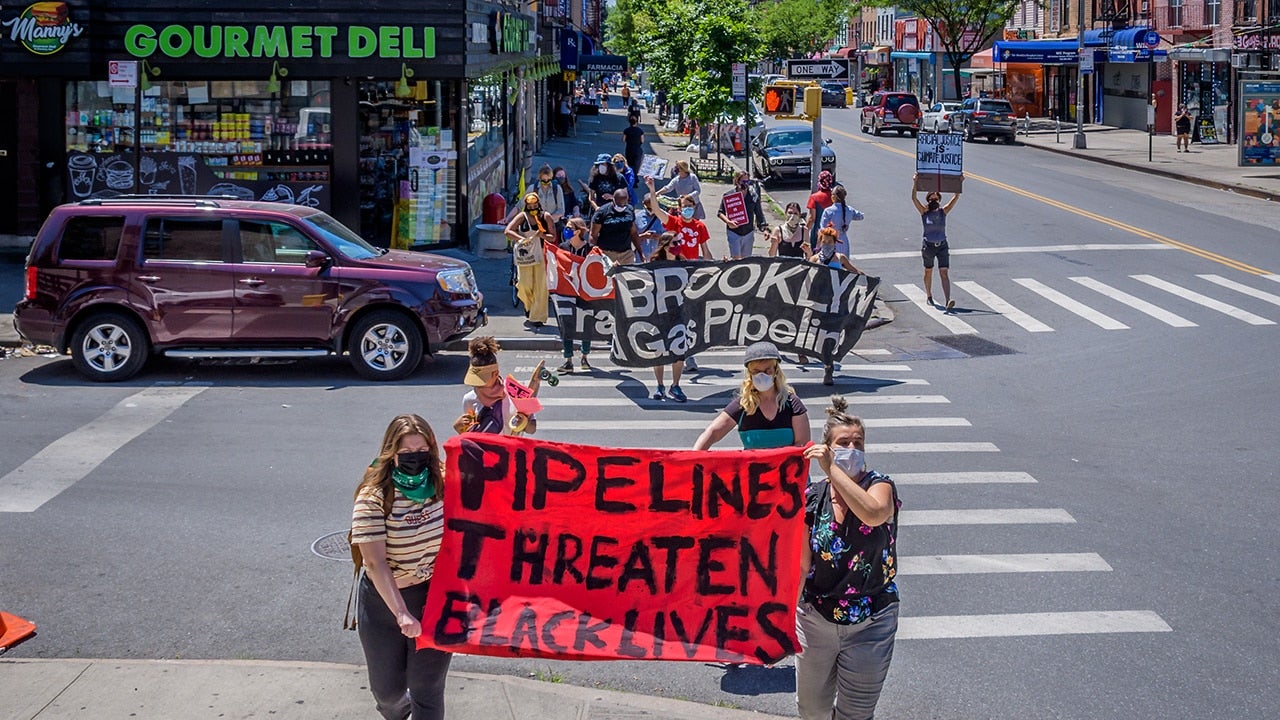 As a child growing up in Los Angeles, Erynn Castellanos would spend hours exploring her grandmother’s backyard garden, an oasis of greenery filled with oranges, sugarcane, yerba buena, guava and herbs.

“Playing with my brother and cousins in my grandmother’s backyard, climbing the trees, and trying different fruits — those experiences made me appreciate natural spaces,” she says. “I think that is where I got my sense of exploration, of wanting to go to forests, mountains and rivers.”

Now a graduate student of environmental studies at the University of Montana and an active member of the environmental organization Latino Outdoors, Castellanos is passionate about educating young people of color about the importance of connecting with nature, hoping to inspire them to help protect the environment.

“Most of the people in camping advertisements are white people. You don’t see people like yourself in the field of conservation,” she says. “It is always this distant figure of someone else doing it, but not someone who looks like you.”

As efforts grow around the U.S. to recognize and eradicate systemic racism, people of color can offer unique perspectives on both why diversity is lacking in the green sector and what organizations can do to diversify the environmental workforce.

In 2014, Dorceta Taylor, a professor of environmental justice and food systems and the director of diversity, equity and inclusion at the University of Michigan’s School for Environment and Sustainability, published a landmark study of racial diversity in green NGOs, government agencies and foundations. She reported that 16% or fewer of staff in these organizations were people of color and less than 12% occupied leadership positions.

A follow-up study published in 2019 by Stefanie K. Johnson, associate professor of Management at the Leeds School of Business, University of Colorado, reviewed 40 green NGOs and foundations and found that green organizations were still overwhelmingly white, with only 20% of NGO staff identifying as people of color. In fact, the study found that from 2017 to 2018, the percent of senior staff positions at green foundations held by people of color fell from 33% to 4%.

And a recent study by Media Matters for America found that people of color comprised only 10% of people interviewed or featured in media coverage on climate change.

What’s behind the lack of proportional representation of communities of color in the environmental workforce?

“I see the fight for environmental justice, housing justice, Black Lives Matter, prison reform — all of those are linked by the underlying systemic racism that really mandates that we have organizations to safeguard our lives from the police, and to safeguard our environment,” she says. “All of those issues that are about protecting rights, and justice is what really links us all.”

Castellanos says that, in addition to not seeing people like them already engaged, some members of the Latino community view environmental problems as less pressing than other issues. “Immigration is number one, with people being detained,” she says. “How can you tell your students to care about the environment when they are afraid that their parents won’t be home?”

Virginia Palacios, a climate change consultant for GreenLatinos, says that people of color may have fewer opportunities to engage in environment-oriented activities that require financial resources when they are growing up, such as summer camps. As a result, they may not have a background that predisposes them to moving into green careers or being active in environmental groups.

“People who are low income are more likely to be people of color,” Palacios says. “When you are coming from that background, you are not going to have the same opportunities as a person who is more affluent had in their life. You might not have been able to go to the summer camp that prepared you to go to college. You probably didn’t get to do all the extra stuff that people use to stack up their resume.”

One of the findings in Taylor’s 2014 report was that in addition to overt discrimination, unconscious bias often perpetuates workplaces that lack diversity in hiring and promotion practices.

“Homogeneous workplaces arise because of adherence to particular cultural norms, filtering, network structure, and recruitment practices. These are forms of unconscious or inadvertent biases that can lead to or perpetuate institutional homogeneity,” states the report.

Palacios contends that implicit bias often occurs as part of the hiring practices of green groups. “People tend to hire people who look like them or who went to the same schools as they did. Or, they get a good feeling from this person because they are like them.”

Palacios says she believes training workshops on implicit bias can be an effective strategy for increasing diversity.

“Organizations that want to improve diversity have to know that they have unconscious bias. They will have to go through a process of unlearning habits,” she says. “One of the things that has been the most successful in my experience are being able to go through an in-person training with your peers and then being able to have a conversation, to process things verbally. I think unconscious bias trainings are one of the first things that white folks can do to understand how they have been programmed.”

The Environmental Defense Fund (EDF) has begun such trainings, according to senior vice president and chief human resources officer Sean Cook, in addition to other initiatives to promote diversity in the environmental workforce, such as fellowships and partnerships with universities.

“One of the initiatives that we have recently undertaken is unconscious bias training. Last year, we worked with an outside firm called Kaleidoscope to help us roll out this training initiative, which included increasing our knowledge of race and equity, leading inclusively, leveraging differences, and building a diverse team. Individual trainers from Kaleidoscope went to our offices in New York, San Francisco, Sacramento and Washington D.C. and trained all managers on these subjects. We began these trainings at the ground level of our organization and went all of the way up to the board of directors,” says Cook.

Cook says EDF is also working to ensure that during the hiring process, applicants are not judged unfairly based upon their educational background. “We want to make sure that we are inclusive of all, whether you went to an Ivy League school, whether you were self-educated, whether you attended a community college, a liberal arts school or a state university.”

Palacios also recommends that organizations create guidelines for the skills that are critical for a job position, and that hiring managers should “really have a rubric in mind of how you are going to be judging the person in front of you. That can help to reduce bias when you are having an interview with someone, so you don’t ask, ‘Did they go to the same school that I did? Did they play the same sports that I did?'”

Shepard points out that it’s important to remember that the environmental movement is more than large green groups: It also includes a constellation of community-based groups advocating for environmental justice within their localities. The problem, she says, is that the media and decision-makers are often deaf to their voices.

“When elected officials and policymakers want to know about environmental justice, they don’t necessarily call environmental justice groups, they’ll call [the Natural Resources Defense Council] or Sierra Club,” she says. “It’s the devaluing that we have expertise, that we’re knowledgeable about our own issues and about the places where we are living.”