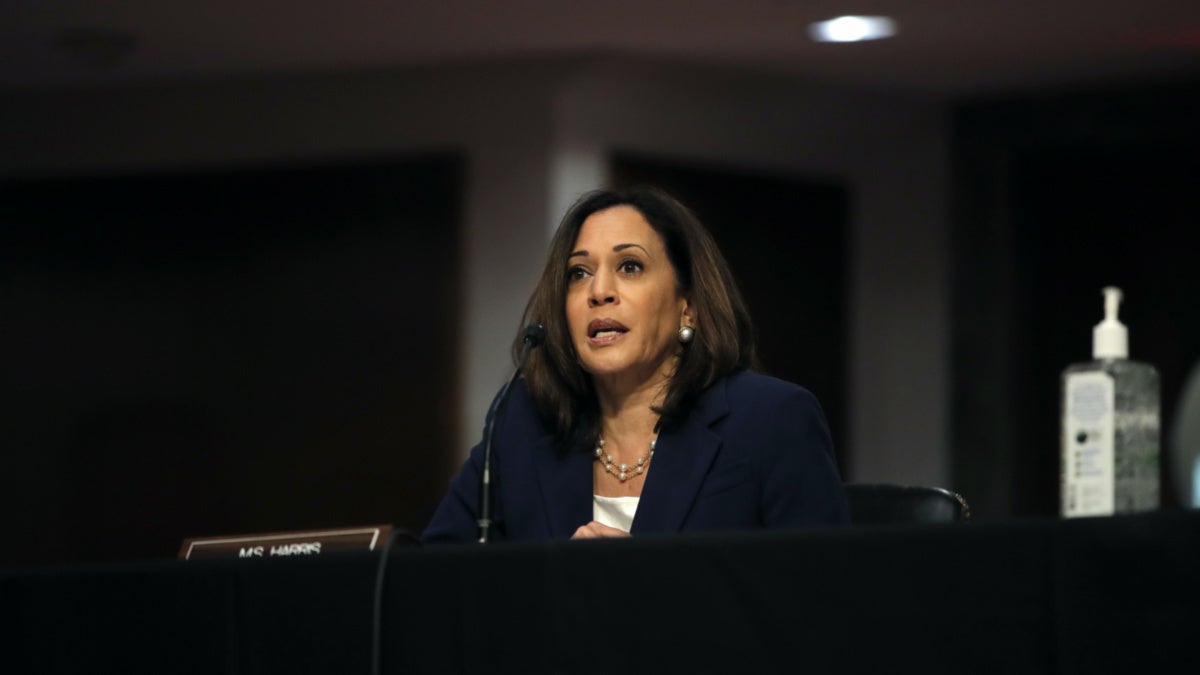 This story was originally published on Grist on July 30, 2020

Fifteen years ago, Kamala Harris — San Francisco’s District Attorney at the time — created an environmental justice unit in her office. The goal was to go after the perpetrators of environmental crimes that were hurting some of the city’s poorest residents.

The state attorney general’s office had emphasized the need for state and local law enforcement to step up because of a void left by federal authorities in the Bush administration who were busy rolling back environmental protections. “One of the best tools out there to go after polluters is to go after them on a criminal basis,” a spokesperson for then–State Attorney General Bill Lockyer told SFGate in 2005. Across the country, communities burdened by pollution and contamination have been calling for that type of accountability at the federal level for decades.

Now, even as the Trump administration continues to aggressively roll back environmental regulations, that dream has a better chance of materializing. Harris, as California’s junior senator, is fighting for a comprehensive piece of legislation that will give vulnerable communities the tools they need to address environmental disparities. On Thursday, Harris plans to introduce a companion bill in the Senate to the Environmental Justice for All Act introduced earlier this year in the House of Representatives by Democrats A. Donald McEachin of Virginia and Raúl M. Grijalva of Arizona.

“Environmental justice is interconnected with every aspect of our fight for justice. From racial justice and economic justice, to housing justice and educational justice, we cannot disentangle the environment people live in from the lives they live,” Harris told Grist in an email. “These crises we are experiencing have exposed injustices in our nation that many of us have known and fought our entire lives.”

The Senate bill, whose lead cosponsors are Democrats Cory Booker of New Jersey and Tammy Duckworth of Illinois, acknowledges how factors such as segregation and racist zoning codes have rendered communities of color more vulnerable to the effects of climate change and left them with limited resources to address ongoing environmental health disparities. To address this, the act aims broadly to meaningfully engage impacted communities in government decision-making processes, such as federal permitting decisions for infrastructure projects, the creation of climate resiliency plans, and the transition to clean energy.

For more than two years, Grijalva and McEachin have worked alongside environmental justice advocates to address these inequities during the drafting of the act. That work was underway well before the COVID-19 pandemic struck and before the death of Minneapolis resident George Floyd at the hands of a police officer this spring, which unleashed massive protests calling for the country to reckon with systemic racism. While the health crisis and movement for racial justice has put vulnerable communities in the spotlight, Grijalva told Grist that their aim was always to deliver a comprehensive environmental justice bill that could help these communities.

“The premise was … that we were going to deal with the systemic root causes, with the systemic solutions, not just cover up the problem or change one little thing or create another task force,” said Grijalva, who chairs the House Natural Resources Committee. “There had to be codified into law a systemic response to that systemic racism that created the situation.”

The Environmental Justice for All Act would amend the Civil Rights Act to allow private citizens and organizations that experience discrimination to seek legal remedies when a program, policy, or practice causes a disparate impact. It would also require federal agencies to consider health effects that might compound over time when making permitting decisions under the federal Clean Air and Clean Water acts. In addition, it would fund research on and programs to reduce health disparities and improve public health in disadvantaged communities. Under the act, new fees on oil, gas, and coal companies would go toward a fund to support workers and communities transitioning away from fossil fuel jobs. Finally, the act also intends to codify and make enforceable a longstanding executive order on environmental justice that then–President Bill Clinton signed in 1994.

McEachin told Grist that the House and Senate bills acknowledge the racist roots of environmental burdens in low-income communities and communities of color. “This is a moment in time that does not just focus on police brutality, does not just focus on confederate memorabilia. The focus is on 401 years of racial injustice in this nation, and part of that has to be environmental justice,” said McEachin. “If we’re going to achieve a clean energy future, climate justice, and relief for those communities, the frontline community has to be the very centerpiece of that plan.”

The Black Lives Matter movement has helped the act gain momentum toward passage in the House — Grijalva is optimistic that he’ll be able to bring the bill to the floor of the House for a vote by September. Some of the act has also been incorporated into other Democratic proposals, like the 538-page climate plan recently released by the House Select Committee on the Climate Crisis. Some of the act’s proposals are also reflected in the environmental justice plan released by presumed Democratic presidential nominee Joe Biden, said Grijalva.

For example, Biden plans to revise and reinvigorate Clinton’s executive order that directs federal agencies to review programs that may have disproportionately high or adverse health and environmental effects. Historically, the agencies have been inconsistent in addressing environmental justice within their strategic plans.

Environmental advocates who were involved in the creation of the House bill expressed enthusiasm for Harris’ sponsorship of the bill in the Senate and said that the legislation could be a game-changer for frontline communities. Kerene Nicole Tayloe, director of federal legislative affairs for the New York City–based nonprofit WE ACT for Environmental Justice, said that the consideration of cumulative health impacts during permitting processes would be particularly important, especially in states like Louisiana that don’t have meaningful environmental legislation on the books.

“Having something like the EJ for All bill, to consider cumulative effects in Cancer Alley and all of those kinds of places that have long been a dumping ground for companies and industry, I think would start to give communities the legal protections they need and put the tools in place,” said Tayloe.

Angelo Logan, who is the campaign director of the Los-Angeles-based Moving Forward Network and who was also involved in crafting the House bill, told Grist that he hopes the act sets the stage for more community involvement in creating legislation at the local, state, and federal levels. “I think there’ll be a dramatic change, a complete positive impact on communities that are the most impacted by environmental racism,” said Logan. “And the multiplying effects that it would have on communities is tremendous.”

As a presidential candidate, Harris made acting on climate change a top priority. Last year, while running for president, she unveiled a climate equity plan with Representative Alexandria Ocasio-Cortez of New York and created a climate agenda that would address the climate crisis and environmental injustices while building a clean economy with well-paying jobs. As California’s attorney general, she defended the state’s landmark climate laws in court and sued Chevron U.S.A. Inc. for damaging the environment. Holding polluters accountable will be critical moving forward, and the Environmental Justice for All Act will help communities do just that, Harris told Grist via email.

Race, she noted, is the No. 1 predictor of where polluting facilities in America are located. And 70 percent of Americans who live in the highest air pollution areas of our country are people of color. “These disparities were in part intentionally created and so we must intentionally address them,” said Harris. “That’s what this bill does.”

Reposted with permission from Grist.