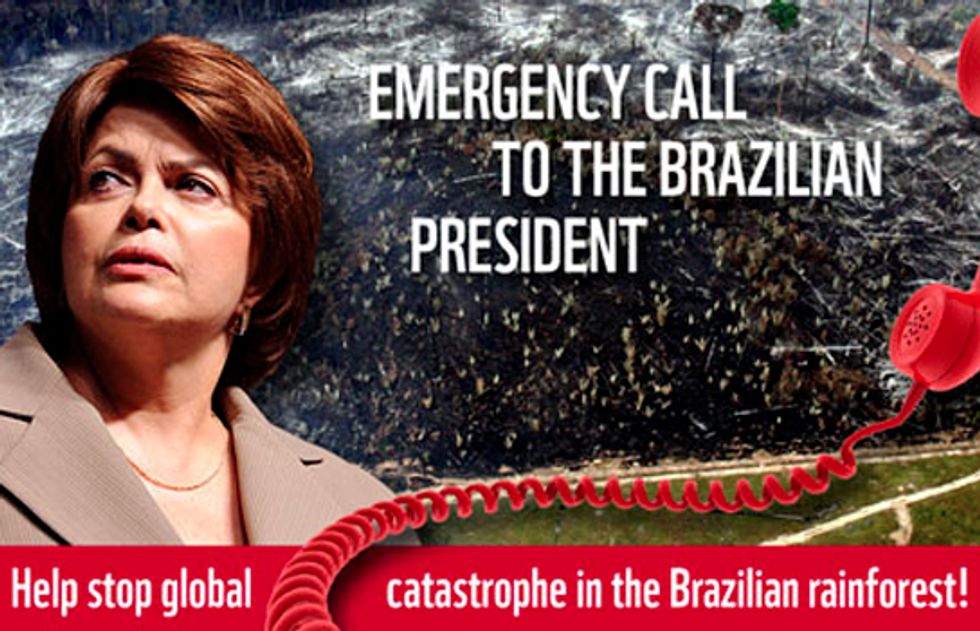 The Amazon is home to the largest remaining rainforest in the world. But the Brazilian government (backed by powerful agribusiness interests) is poised to open up vast new areas to agriculture and cattle ranching by changing its long-standing forest law.

The countdown has begun. Brazil is about to hand over millions of acres for legal clearance. This is in addition to a planned amnesty for millions of acres of already illegally cleared forest. This would reward the criminal destruction of forest, instead of forcing it to be reforested.

Rainforest covering 175 million acres could be lost or not restored—an area nearly as big as Germany, Austria and Italy combined. The consequences will be felt all over the world—25 billion additional tons of CO2 could be released—equal to more than 50 years of the current emissions of the United Kingdom. The law would also result in the unprecedented destruction of Brazil's wildlife.

What’s worse, the new version of the law has been rushed through Congress with an alarming disregard for input from scientists, who’ve repeatedly shown that it isn’t necessary to cut more forest to increase Brazil’s economic growth.

Now the fate of the forests rests with President Dilma Rousseff, who could still choose to veto some or all of the proposed changes. In Brazil, more than 1.5 million people have already signed a petition urging President Rousseff to act. Please add your voice to theirs and send an email to the president. Only she can prevent the catastrophe.