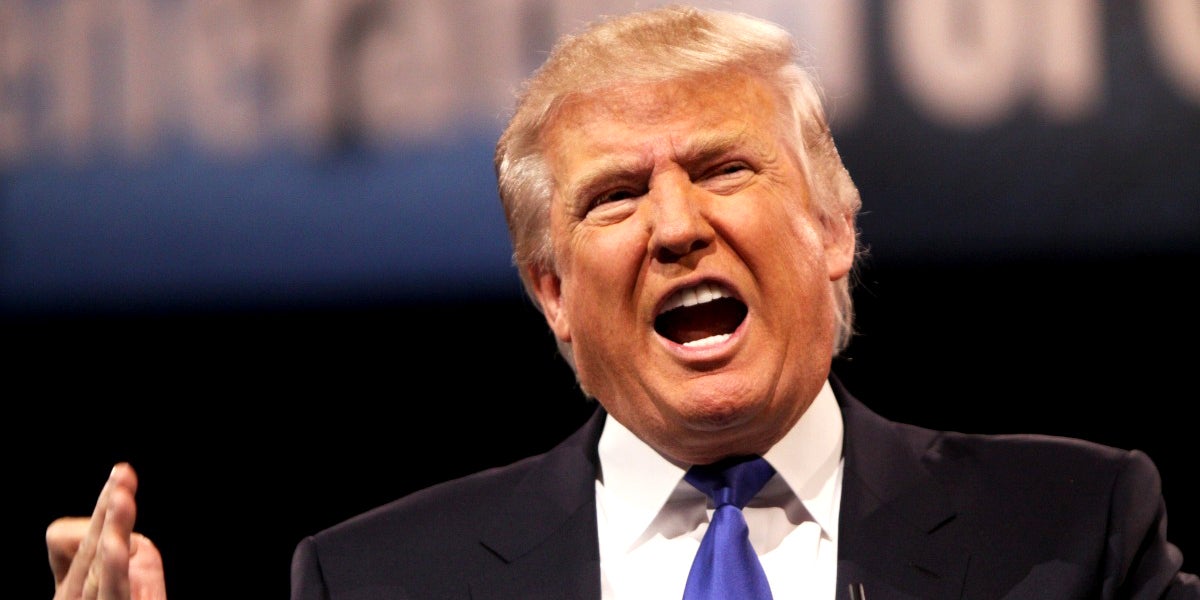 Since the presidential debate on Sept. 26, we’ve been hearing quite a bit about Donald Trump‘s tax returns (or lack thereof). While the conversation has revolved around why Trump has chosen not to release his returns—as all presidential candidates have since 1980—we do know some things about what those returns would reveal should he choose to make them public. 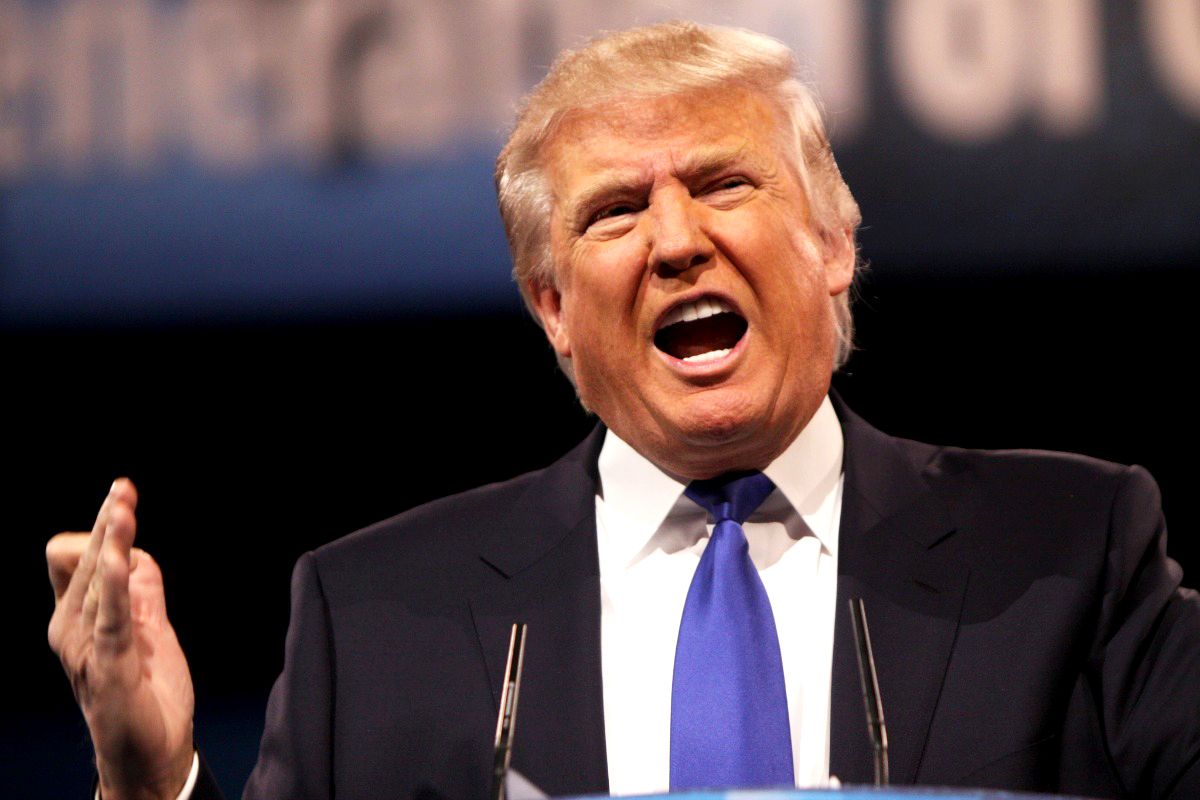 In particular, we already know quite a bit about Trump’s connections to the fossil fuel industry and to the Dakota Access Pipeline.

Trump has deep financial and personnel ties to the pipeline, which would transport nearly 500,000 barrels of fracked oil per day from North Dakota to Illinois. The pipeline threatens the water supply and sacred lands of the Standing Rock Sioux, who have joined with dozens of tribes and other groups to stop the project.

While much of Trump’s finances remain a mystery, he did have to file a financial disclosure form when he declared his candidacy for president (despite his claims, this is not the same and does not provide the same level of transparency as a tax return). This disclosure form shows significant investments in the fossil fuel industry and two of the fossil fuel companies Trump holds stock in are directly funding the Dakota Access Pipeline.

Trump disclosed between $500,000 and $1 million in investments in the primary builder of the pipeline, Texas-based Energy Transfer Partners. He also disclosed $50,000 to $100,000 in investments in Phillips 66, which would own one-quarter of the Dakota Access Pipeline once completed.

Trump’s Other (Disclosed) Fossil Investments Include: 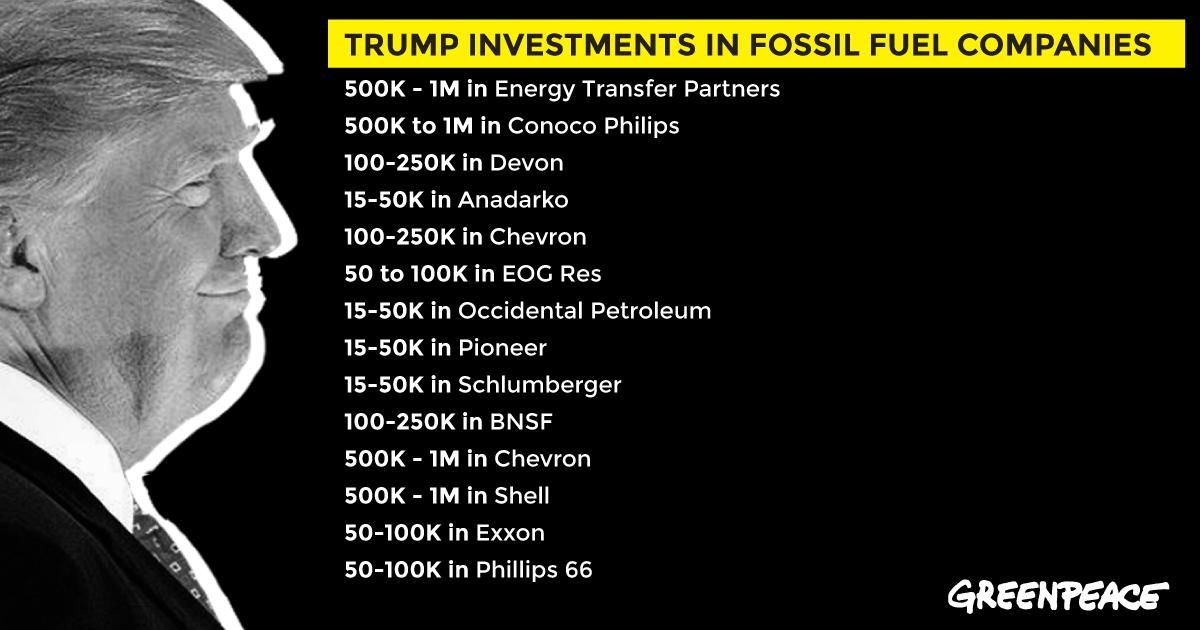 But Trump’s ties to fossil fuels and infrastructure projects like the Dakota Access Pipeline don’t stop at his financial investments. They run deep through the team advising him on energy policy, including top adviser and oil billionaire Harold Hamm.

Hamm is Trump’s energy adviser, campaign surrogate and the CEO of the largest fracking company in the country, Continental Resources. He’s made billions of dollars drilling and fracking for oil in North Dakota and it would be Continental’s oil that would flow through the Dakota Access Pipeline if completed.

Hamm recently announced to investors that oil fracked from his North Dakota holdings would be transported by the pipeline and he anticipates huge profits for himself when the project is completed.

Neither Trump nor his running mate Mike Pence has said anything about the Dakota Access Pipeline directly or the fight by Indigenous communities to stop it. But with the #NoDAPL fight raging in the background, Trump has vowed to “streamline” pipeline permitting and do away with governmental oversight of fossil fuel infrastructure projects. He also promised to bring the Keystone XL pipeline project back from the dead, which was halted by the Obama administration due to massive pushback from around the country.

What does it mean that Trump could personally profit off a project that tramples Indigenous rights and pushes us closer to climate disaster? For one thing—if Trump’s past investments are any guide—this project could well crash and burn, which would be a relief to the Standing Rock Sioux, the climate and everyone in the path of this dangerous fossil fuel project.

Jesse Coleman is a researcher with the Greenpeace Investigations team. His focus is on front groups, fracking, and the oil and gas industry. Jesse’s work has been featured in The Guardian, The New York Times, The Colbert Report, Al-Jazeera, MSNBC, and NPR.