6 of Donald Trump's Most Outrageous Tweets on Climate Change 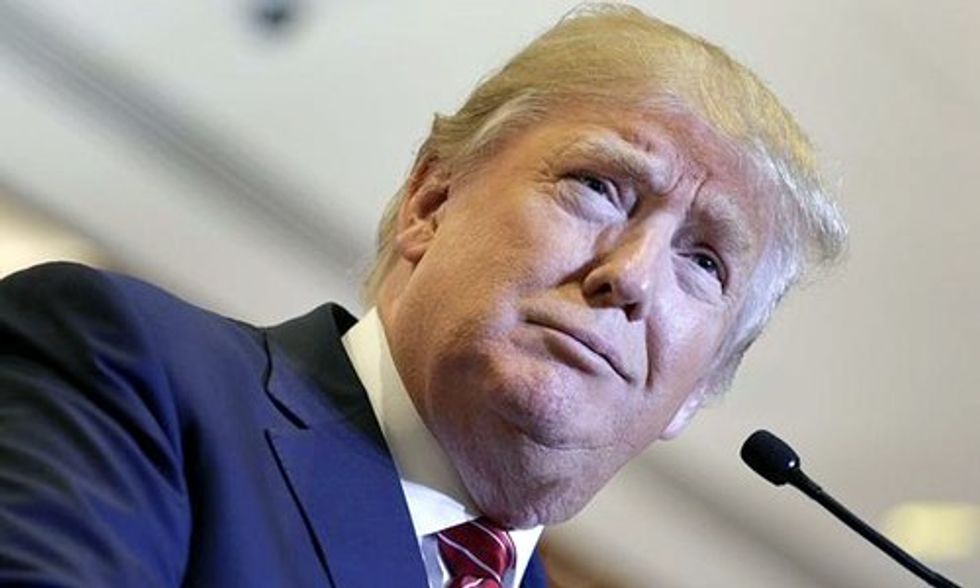 Donald Trump is yet again claiming that global warming isn't occurring because, well, because it's "really cold" in New York City today.

Forget that not only is this year going to go down as the hottest year on record globally, but it will, in the words of Joe Romm at Think Progress, “crush 2014,” which holds the current record. Donald Trump has repeatedly denied what 97 percent of the global scientific community agrees on: the climate is changing and humans are to blame.

To this day, Trump believes global warming is a "hoax," something only nine percent of Republicans believe (even conservative Republicans), according to a recent survey conducted by three prominent Republican pollsters.

Here's just a sampling of The Donald's tweets on the subject:

This very expensive GLOBAL WARMING bullshit has got to stop. Our planet is freezing, record low temps,and our GW scientists are stuck in ice
— Donald J. Trump (@Donald J. Trump)1388623196.0

Any and all weather events are used by the GLOBAL WARMING HOAXSTERS to justify higher taxes to save our planet! They don't believe it $$$$!
— Donald J. Trump (@Donald J. Trump)1390772433.0

The concept of global warming was created by and for the Chinese in order to make U.S. manufacturing non-competitive.
— Donald J. Trump (@Donald J. Trump)1352229352.0

In reality, fall as we know it is "disappearing," according to the folks at Discovery News. Climate change is wreaking havoc on many of the quintessential aspects of autumn: fall colors, cool weather and pumpkins. That's right. Just as Starbucks announced its beloved Pumpkin Spice Latte will actually contain real pumpkin, climate change is putting a real damper on America's pumpkin crop.

Watch this video to find out why: