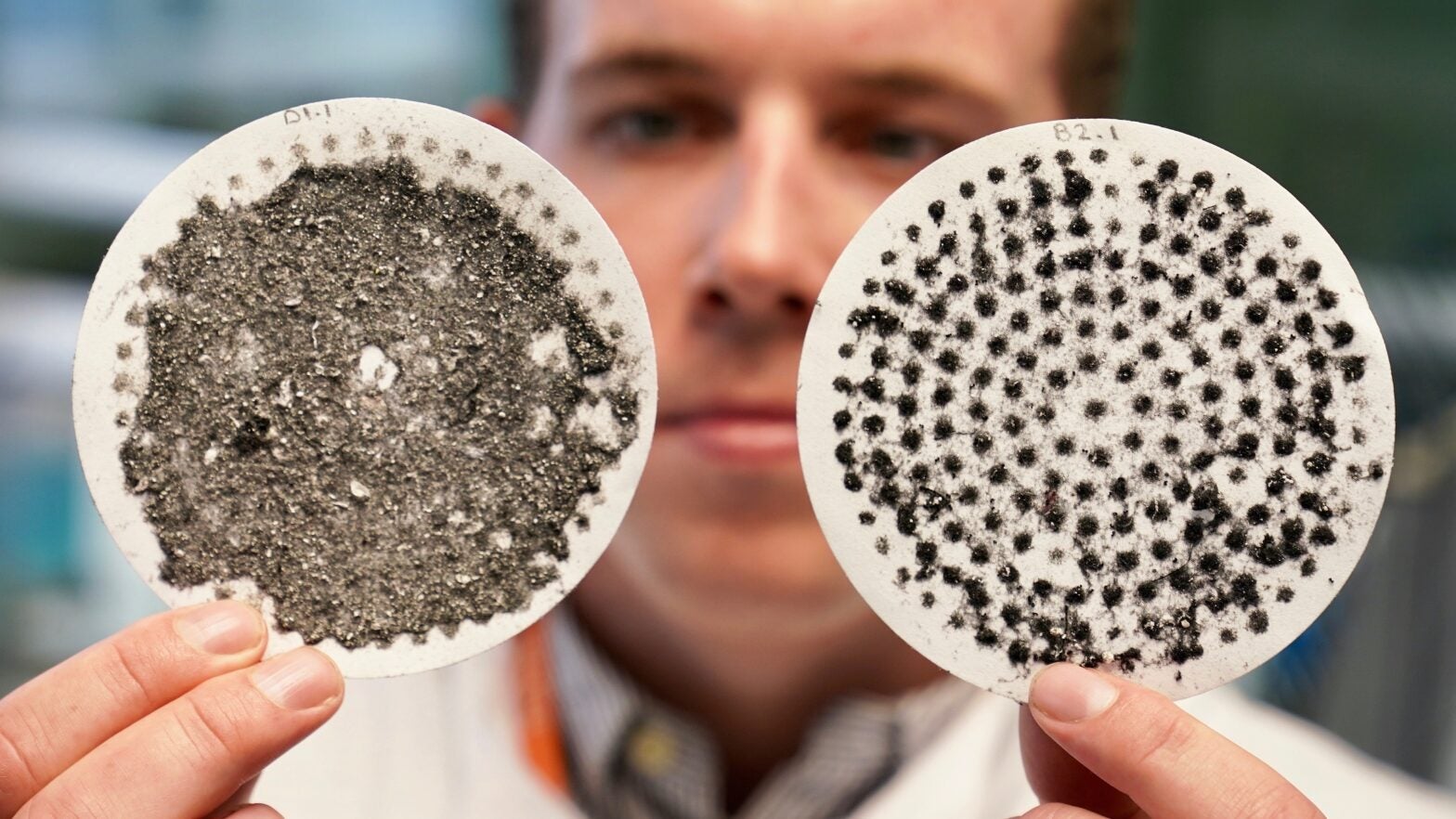 The delicate wash cycle uses much more water than other settings, which triggers the release of hundreds of thousands of plastic microfibers, which travel down the drain and potentially into marine waterways, according to a new study published in the journal Environmental Science and Technology.

Researchers at Newcastle University in the UK found that the delicate cycle, which uses about twice as much water as other settings, releases an average of 800,000 more plastic microfibers than lower-water volume settings. The findings that water volume is the greatest determinant of plastic microfiber release upend the previous wisdom that it was agitation that led textiles to shed their microfibers, according to the study.

“Our findings were a surprise,” said Grant Burgess, a marine microbiologist who led the research, to the Guardian. “You would expect delicate washes to protect clothes and lead to less microfibers being released, but our careful studies showed that in fact it was the opposite. If you wash your clothes on a delicate wash cycle the clothes release far more plastic fibers. These are microplastics, made from polyester. They are not biodegradable and can build up in our environment.”

That build up is worrying to scientists, who have discovered microplastics everywhere, from the bottom of the ocean to the seemingly pristine arctic snow and ice. Millions of plastic microfibers are shed every time we do a load of laundry that has clothes made of nylon, polyester or acrylic. The fibers are so tiny that they easily slip through the drain filter and out of the washing machine where they can enter rivers, streams and eventually the oceans where they are swallowed up by the animals living there, as the Irish Times reported.

To perform the study, the researchers washed black polyester t-shirts, first in a series of lab tests and then in commercial washing machines at a Proctor and Gamble research center, as the Guardian reported. Since plastic microfibers are so hard to track due to their miniscule size, the scientists used several hi-tech devices to carry out their research.

They first used a tergotometer — a device that simulated full-scale domestic washing and allowed the scientists to carry out tests under different conditions, making changes to water volume, spin speed, temperature and time, according to a Newcastle University press release.

Then they used a DigiEye camera — digital color imaging system — to calculate the amount of microfibers released. The results were staggering. They counted 1.4 million fibers from a delicate wash of a polyester garment, 800,000 when a normal cotton wash was used and 600,000 from a cold express program, according to the Irish Times.

“If the water volume is high, the water will bash the clothes around more than if less water is used,” Burgess said to the Guardian. “The water forces its way through the clothing and plucks fibers of polyester from the textiles.”

Kelly hopes that the findings will trigger the appliance industry to use less water and develop filters that catch plastic microfibers so they do not enter open waters. However, in the meantime, he points that it helps just to avoid the delicate cycle.

“Reducing the amount of plastic pollution is everyone’s responsibility and often it’s the small changes that make a huge difference,” said Kelly in a Newcastle University statement. “By avoiding high water-volume-to-fabric washes such as the delicate cycles and ensuring full wash loads then we can all do our bit to help reduce the amount of these synthetic fibers being released into the environment.”