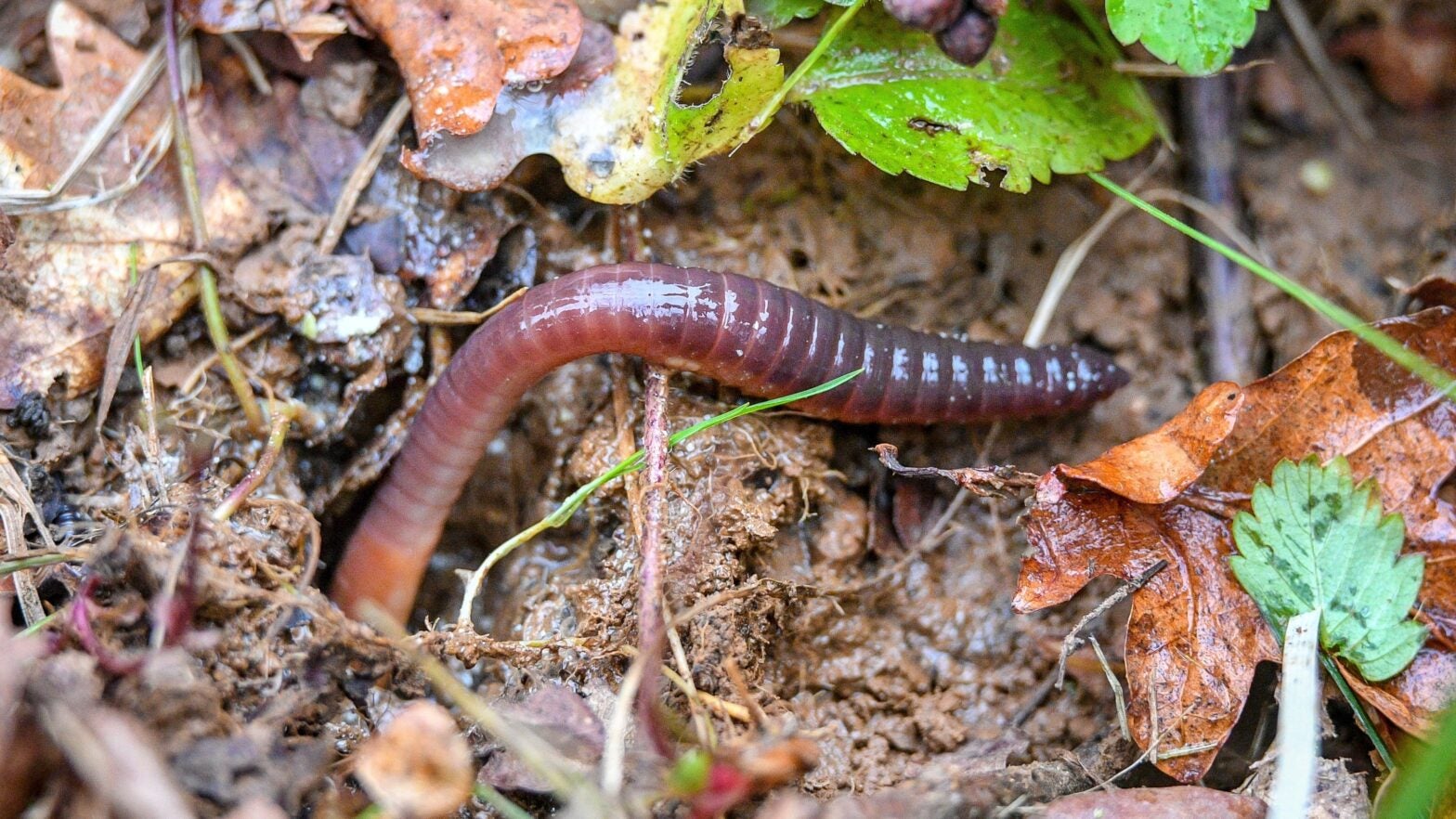 The ocean isn’t the only ecosystem threatened by microplastics.

A first-of-its-kind study published Wednesday in Environmental Science and Technology found that particles from the kind of plastic commonly used in bags and bottles stunt the growth of earthworms, a finding with major implications for soil health, The Independent reported.

The researchers from Anglia Ruskin University (ARU) found that rosy-tipped earthworms (Aporrectodea rosea) exposed to soil filled with high-density polyethylene (HDPE) for 30 days lost 3.1 percent of their weight on average, according to a university press release published by EurekAlert! The worms kept in soil without microplastics, in contrast, increased their weight by 5.1 percent.

Earthworms can be called ‘ecosystem engineers’ as they help maintain a healthy soil. They do this through ingesting dead organic matter, therefore contributing to the availability of nutrients.

Their burrowing activity improves soil structure, helping with drainage and preventing erosion. It’s therefore highly likely that any pollution that impacts the health of soil fauna, such as earthworms, may have cascading effects on other aspects of the soil ecosystem, such as plant growth.

If plastics inhibit earthworms’ growth, they could therefore impact agriculture, since earthworms play an important role in farming soil, The Guardian explained.

The study is the first to look at the impact of microplastics on worms that live in the topsoil. Lead Author and ARU Biology Lecturer Dr. Bas Boots said in the press release that it was not yet clear why the microplastics caused the worms to lose weight.

“It may be that the response mechanisms to microplastics may be comparable in earthworms to that of the aquatic lugworms, which have been previously studied. These effects include the obstruction and irritation of the digestive tract, limiting the absorption of nutrients and reducing growth,” Boots said.

The researchers also tested two other kinds of plastic: biodegradable PLA and synthetic clothing fibers. Both caused the rye grass growing on top of the soil to germinate fewer seeds, and the biodegradable plastic reduced the height of the grass shoots. The HDPE also decreased the soil’s pH.

It isn’t yet known how much plastic actually ends up in the soil, but the amount is likely to be high, The Guardian reported, since it could easily be transported there from sewage, water or air. Some European studies have found between 700 and 4,000 plastic particles per kilogram of soil in certain farmlands.