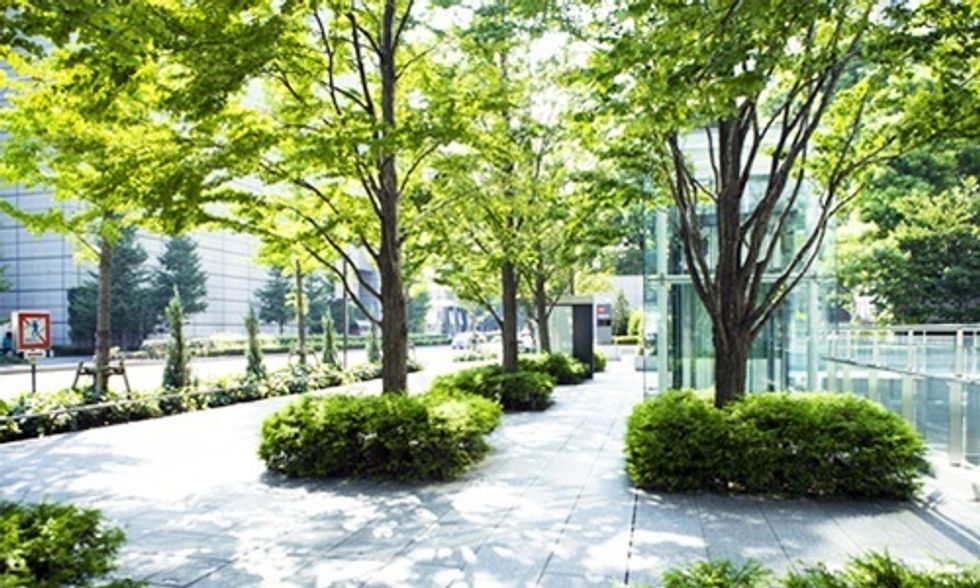 If a home is not cleaned and cared for, it will become rundown and less habitable or even unlivable. It’s no different with our broader surroundings, from the immediate environment to the entire planet.

If we disconnect from the natural world, we become disconnected from who we are—to the detriment of our health and the health of the ecosystems on which our well-being and survival depend.

Adding 10 or more trees to a city block offered benefits to individuals equivalent to earning $10,000 more a year, moving to a neighborhood with $10,000 higher median income or being seven years younger. Photo credit: Shutterstock

Understanding that we’re part of nature and acting on that understanding makes us healthier and happier and encourages us to care for the natural systems around us. A growing body of science confirms this, including two recent studies that explore the ways nature benefits human health.

A Toronto-based study, published in Nature and co-authored by a team including University of Chicago psychologists Omid Kardan and Marc Berman and David Suzuki Foundation scientist Faisal Moola, examined the relationship between urban trees and human health. According to “Neighborhood greenspace and health in a large urban center,” people living in areas with many trees, especially large trees, report feeling healthier than people in areas with fewer trees.

According to the Toronto study, adding 10 or more trees to a city block offered benefits to individuals equivalent to earning $10,000 more a year, moving to a neighborhood with $10,000 higher median income or being seven years younger. As well as self-reporting of health and well-being, the study also found reduced rates of heart conditions, cancer, mental health problems and diabetes in areas with more trees.

10 more trees on your street could make you feel 7 years younger http://t.co/dFU2fnr6IC pic.twitter.com/LEWCXN4DGd

The researchers concluded that increased exposure to nature “can have positive effects on mental/psychological health, healing, heart rate, concentration, levels of stress, blood pressure, behavior and other health factors.”

They also found that, although evaluating nature according to the services it provides to humans “may lead to a human-centric view of the biosphere,” preserving these ecosystems and natural biodiversity for our own benefit will improve ecosystem health and the natural services other species need to survive and thrive.

As noted in a Toronto Star article, the Toronto research also found that, “within cities, urban tree lines often follow the fault lines of social, economic, political and ecological disparity.” In other words, protecting and increasing green spaces and improving access to them is a social justice as well as a health issue.

This isn’t news to anyone who gets outside regularly. People who spend at least 30 minutes a day in nature for 30 consecutive days as part of the David Suzuki Foundation’s annual 30X30 Nature Challenge report numerous benefits, including improved mood and vitality and a greater interest in the natural world. It’s why the Foundation is launching the Back to School Superhero Challenge on Sept. 21 to encourage kids, families, students and teachers to get outdoors, learn about environmental issues and make a difference.

"We are capable of even greater things, to rediscover our home, to find ways to live in balance with the sacred elements" -David Suzuki

Science is giving us a better understanding of the many ways preserving, caring for and restoring natural spaces can improve the lives of humans and other beings—and how connecting with nature increases our desire to protect and reduce our negative impacts on our surroundings.

Earth is our only home. But it’s more than that. We’re a part of the natural systems that make up our planet and its atmosphere and what we do to the Earth, we do to ourselves—as I conveyed in my book The Sacred Balance: Rediscovering Our Place in Nature. It’s our duty to care for our immediate environment and all of the planet. Doing so will make us healthier and happier.