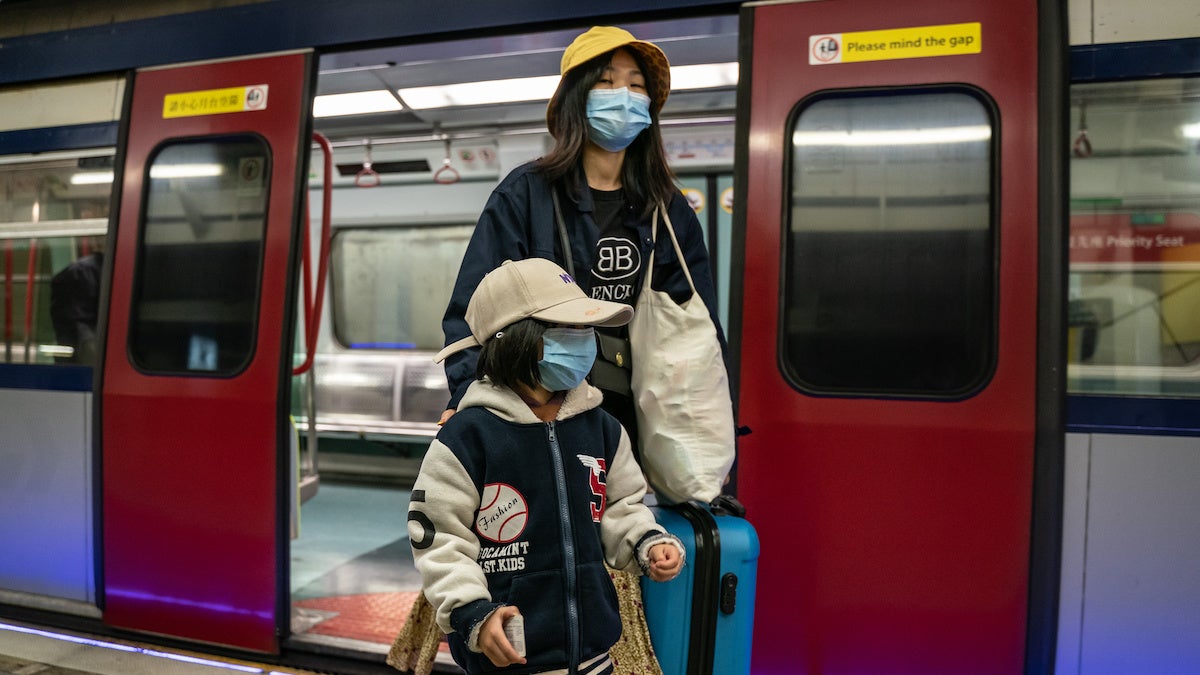 Passengers get off the train as they arrive at the Lo Wu MTR station on Feb. 3, 2020 in Hong Kong, China. Anthony Kwan / Getty Images

As the world’s leading health experts wrapped up a two-day forum about the coronavirus at the World Health Organization’s Geneva headquarters Wednesday, new figures out of China over the past 24 hours revealed that the respiratory illness has now infected more than 60,000 people globally.

During a Thursday press conference about COVID-19, as the virus is now officially known, Mike Ryan, executive director of WHO’s Health Emergencies Program, emphasized that the new figures don’t represent a spike in infections but rather reflect a change in the way China is counting cases.

Since Wednesday, China has reported an additional 1,820 laboratory-confirmed cases as well as 13,332 clinically-confirmed cases in the Hubei province, Ryan said. Experts believe the virus outbreak started at a “wet market” in Wuhan, the province’s capital and largest city, late last year.

The new additions brought the total number of cases in mainland China to 59,804, with at least 1,367 deaths, according to The Associated Press. There are also 51 cases, with one death, in Hong Kong, and 10 cases in Macao, which are both special administrative regions of China.

One public health expert suggested to the AP that China’s new “clinical diagnosis case” classification likely reflects a backlog of samples from patients:

“Clearly in Wuhan, the health system is under extreme pressure and so the first priority has to be the patient,” said Mark Woolhouse, a professor of infectious disease epidemiology at the University of Edinburgh.
He said it wasn’t unprecedented for case definitions to rely on doctors’ diagnoses rather than wait for laboratory confirmation, and that these kinds of changes usually happen when there are simply too many patients to process in a fast-moving outbreak.
“I’m not surprised that this has happened given the way the outbreak has been going in China,” Woolhouse said. “You have to be pragmatic and take the concerns of the patient first and treat them as if they already have the disease, even in the absence of lab confirmation.”

Reuters reported Thursday that “elderly passengers on the Diamond Princess who have pre-existing conditions or are in windowless rooms would be allowed to leave starting from Friday, rather than the originally targeted date of Feb. 19. They will complete their quarantine onshore.”

That announcement came from Japanese Health Minister Katsunobu Kato, who confirmed later in the day that a woman in her 80s from the Kanagawa prefecture had died after contracting the virus, marking the country’s first death related to the COVID-19 outbreak.

The Global Research Collaboration for Infectious Disease Preparedness (GloPID-R) and the WHO, a United Nations agency, held a meeting on Tuesday and Wednesday for more than 300 of the world’s leading public health experts to set priorities and fund research aimed at containing this outbreak and preventing others.

In a statement Wednesday, GloPID-R chair Yazdan Yazdanpanah said that “equitable access — making sure we share data and reach those most in need, in particular those in lower and middle-income countries, is fundamental to this work which must be guided by ethical considerations at all times.”

#COVID19 Priority research:
📍the natural history of the virus, its transmission and diagnosis
📍animal and environmental research on the origin of the virus, including management measures at the human-animal interface
📍epidemiological studies
(cont’d)https://t.co/tGXlbW1XvS

WHO Director-General Tedros Adhanom Ghebreyesus said that “research is an integral part of the outbreak response.”

“This outbreak is a test of solidarity — political, financial and scientific,” he added. “We need to come together to fight a common enemy that does not respect borders, ensure that we have the resources necessary to bring this outbreak to an end and bring our best science to the forefront to find shared answers to shared problems.”

The WHO chief’s remarks echoed his statements from earlier in the week, which included a warning that “we may only be seeing the tip of the iceberg” with the virus. Tedros has repeatedly called for global cooperation to end the outbreak.

As Common Dreams reported Tuesday, while the virus continued to spread and kill people, U.S. President Donald Trump on Monday unveiled his 2021 budget blueprint, which proposed slashing funds for global health programs by 34%.