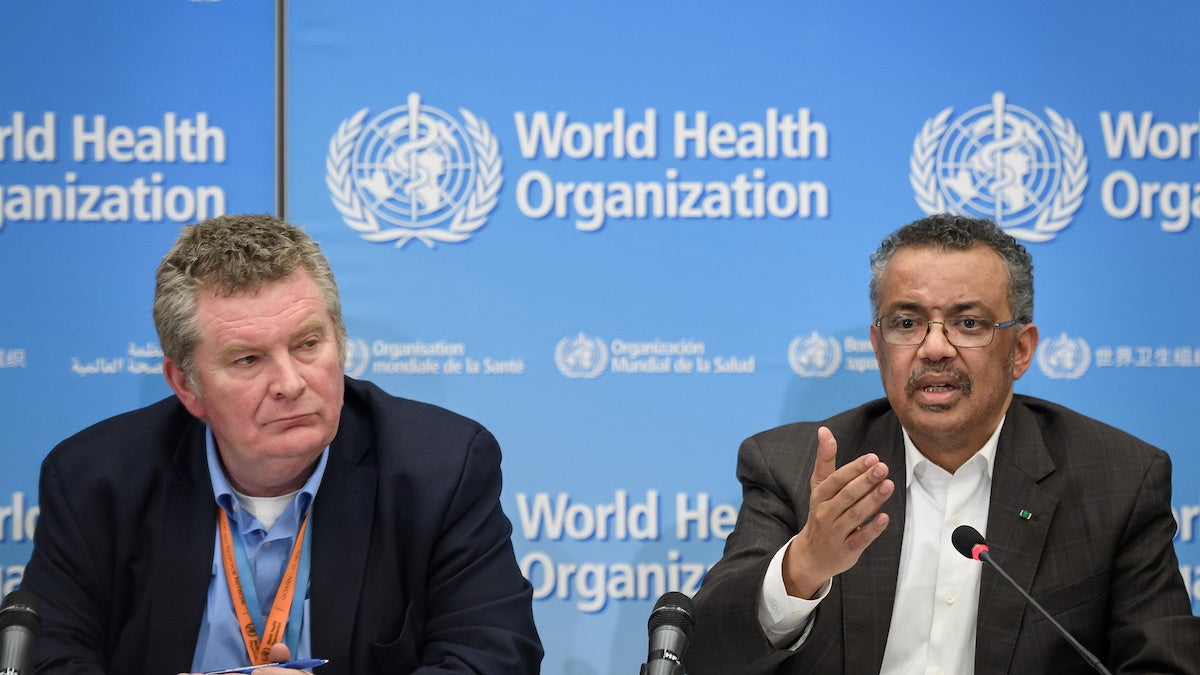 Amid reports that the strain of coronavirus first detected in Wuhan, China has now spread to 18 countries, the World Health Organization declared a global health emergency on Thursday.

WHO held an emergency committee meeting to discuss the respiratory disease, called 2019-nCoV by global health experts, which has spread from person-to-person in at least five countries, including China, Germany, Japan, Vietnam, and the U.S.

“There are now 98 2019-nCoV cases in 18 countries outside China,” said Tedros Adhanom Ghebreyesus, director-general of WHO.

“We don’t know what sort of damage this 2019-nCoV virus could do if it were to spread in a country with a weaker health system. We must act now to help countries prepare for that possibility,” he added. “For all of these reasons, I am declaring a public health emergency of international concern over the global outbreak of 2019-nCoV.”

Following the declaration, countries will be required to follow more stringent disease reporting guidelines. More funding and resources are expected to be released to fight the outbreak.

China has reported more than 7,700 cases of the disease and 170 deaths. So far, there have been no deaths from the disease outside of China.

On Thursday, the first human-to-human transmission case was confirmed in the U.S., where at least six people have been sickened. A man in the Chicago area reportedly contracted the coronavirus from his wife, who had recently returned from Wuhan.

Tedros emphasized that all but seven coronavirus cases outside China have been detected in patients who recently traveled to Wuhan.

On Thursday, Russia closed its 2,600-mile border with China to stop the transmission of the virus.

WHO said at its meeting that while countries should be prepared for containment and isolation of patients with confirmed coronavirus cases, restricting movement may have limited benefits and many drawbacks for the global population.

“Evidence has shown that restricting the movement of people and goods during public health emergencies may be ineffective and may divert resources from other interventions,” the organization said. “Further, restrictions may interrupt needed aid and technical support, may disrupt businesses, and may have negative effects on the economies of countries affected by the emergencies.”

Tedros also praised the Chinese government for its swift detection and reporting of the outbreak.

“We would have seen many more cases outside China by now — and probably deaths — if it were not for the government’s efforts, and the progress they have made to protect their own people and the people of the world,” the director-general said.

Ninety-nine percent of the coronavirus cases have been in China, and the disease has a 2% death rate as of Thursday. The number of cases has surpassed the cases of Severe Acute Respiratory Syndrome (SARS) that were reported during an outbreak in 2002 and 2003.

Other global health organizations pledged to work in cooperation to help fight the spread of the illness, while health professionals worked to combat the spread of misinformation about coronavirus on social media.

The novel #coronavirus is officially a public health emergency of international concern, @WHO has declared.#2019nCov is spreading fast and time is not on our side. We're working with partners to help protect children and halt the virus now.https://t.co/9IXITMxbmD

CDC confirmed the first US case of person-to-person spread of #2019nCoV in a patient who had close contact w/ a traveler previously diagnosed. While the virus is not spreading widely here, it’s likely that more US cases of #2019nCoV will be reported. https://t.co/qhticS4L77 pic.twitter.com/PLXsLfNrrE