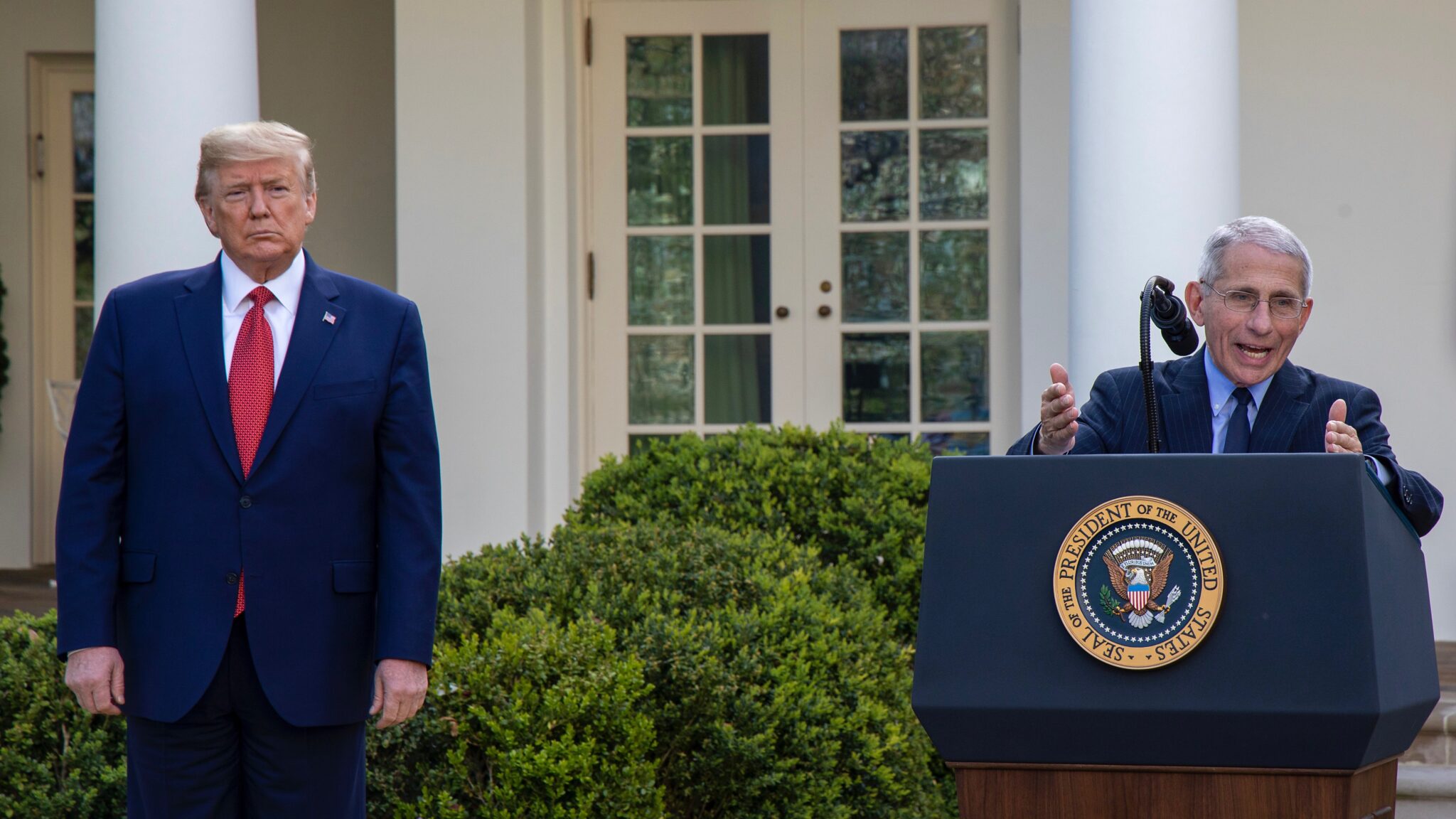 U.S. President Donald Trump listens as Anthony Fauci, Director of the National Institute of Allergy and Infectious Diseases speaks in the Rose Garden for the daily coronavirus briefing at the White House on March 29 in Washington, DC. Tasos Katopodis / Getty Images

Just over a month after proclaiming that the number of coronavirus cases in the U.S. would soon “be down to close to zero,” President Donald Trump said during a press briefing on the White House lawn Sunday that limiting U.S. deaths from the pandemic to between 100,000 and 200,000 people would mean his administration and the country as a whole did “a very good job.”

Speaking as the death toll from the novel coronavirus climbed above 2,300 in the U.S. — which has the most confirmed cases of the virus in the world — Trump cited recent research warning that 2.2 million people in the U.S. could die from COVID-19 if the nation’s government and population take no action to mitigate the threat.

Critics condemned Trump’s remarks as remarkably cruel and callous, particularly coming from someone who has repeatedly downplayed the threat of the virus — at one point suggesting it was a “new hoax” perpetrated by the Democratic Party — and urged Americans to get back to work despite warnings from medical professionals.

“There really are no words for this level of insensitivity and inhumanity. A serial killer would be jealous,” said Charles Idelson of National Nurses United in response to Trump’s comments.

Others reacted with similar alarm and disgust:

Trump announced Sunday that the White House is extending federal social distancing guidelines to at least April 30, a retreat from the president’s insistence last week that the country could be “rarin’ to go” by Easter — April 12.