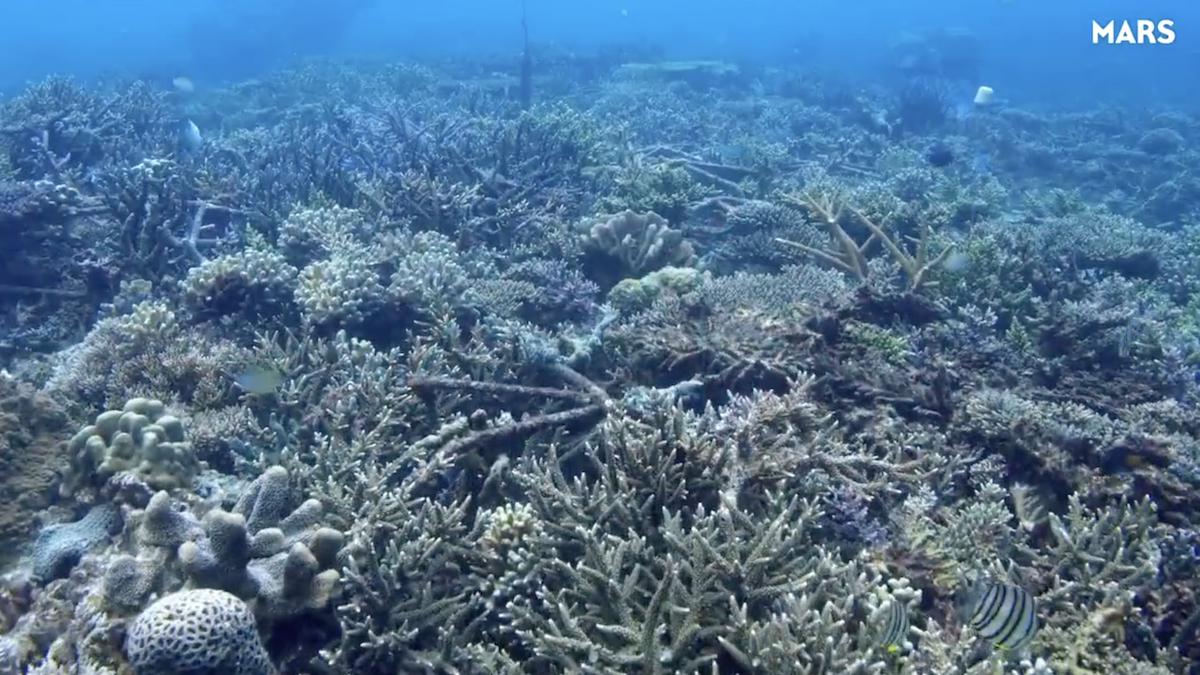 In central Indonesia’s Spermonde archipelago, a coral reef destroyed by blast fishing — where sticks of dynamite are thrown into the reef to kill fish — has been recovering, but scientists weren’t sure if its ecosystem would return as well. That is, until they heard the endearingly unusual sounds of marine life.

In a new study, University of Exeter and University of Bristol researchers listened to recordings of a variety of fish calls from the restored reef and found they were similar to healthy reefs, indicating the formerly degraded reef is beginning to thrive again.

“Visual surveys miss camouflaged animals and those that come out only at night, so the researchers turned to the noise of the reef. They found the vibrant soundscape was close to those of reefs that had never been damaged,” reported Damian Carrington of The Guardian.

“Restoration projects can be successful at growing coral, but that’s only part of the ecosystem,” said Dr. Tim Lamont of the University of Exeter and the Mars Coral Reef Restoration Project, as reported by Phys.org.

Lamont is the lead author of the paper, “The sound of recovery: Coral reef restoration success is detectable in the soundscape,” published in the Journal of Applied Ecology.

“Some of the sounds we recorded are really bizarre, and new to us as scientists,” said University of Bristol professor Steve Simpson, as Phys.org reported.

“Whoops, croaks, growls, raspberries and foghorns are among the sounds that demonstrate the success of a coral reef restoration project,” said University of Exeter in a press release, according to Phys.org.

The particular marine life making many of the mysterious sounds remains unknown.

“We have a lot still to learn about what they all mean and the animals that are making them. But for now, it’s amazing to be able to hear the ecosystem come back to life,” Simpson said, as reported by Phys.org.

In order to rejuvenate the reef following the destruction left behind by the blast fishing, the restoration project attached live coral to metal frames called “Reef Stars.” Placed over a large part of the degraded area, the Reef Stars secure loose debris, helping to revitalize quick coral growth and rejuvenate the ecosystem.

“This study provides exciting evidence that restoration really works for the other reef creatures too — by listening to the reefs, we’ve documented the return of a diverse range of animals,” said Lamont, as Phys.org reported.

“Our study shows that this restoration can really work, but it’s only part of a solution that must also include rapid action on climate change and other threats to reefs worldwide,” Lamont said, as reported by BBC News.

“When the soundscape comes back like this, the reef has a better chance of becoming self-sustaining because those sounds attract more animals that maintain and diversify reef populations,” said chief marine scientist for Mars Incorporated, professor David Smith, as reported by Phys.org.

“We have been restoring and monitoring these reefs here in Indonesia for many years. Now it is amazing to see more and more evidence that our work is helping the reefs come back to life,” said Coral Reef Restoration Project researcher Mochyudho Prasetya, Phys.org reported.