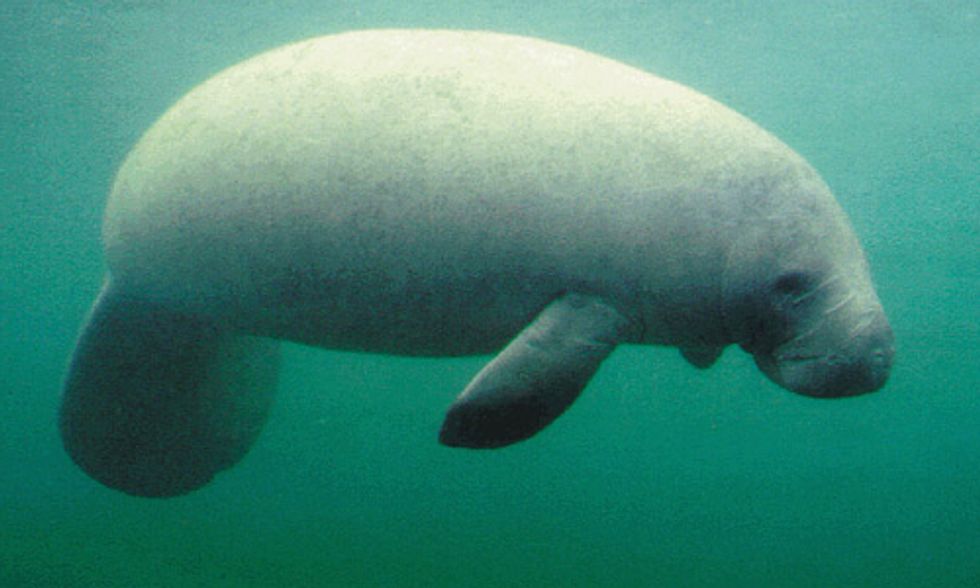 The West African Manatee (Trichechus senegalensis) is the least studied mammal in Africa despite having a home range larger than the U.S., encompassing 21 African countries. At the same time, it faces serious threats from hunting and accidental capture in fishing nets.

This lack of knowledge about the species raises concern for its future, given what we know about the impact of key threats to the survival of the West African Manatee, according to project leader Lucy Diagne. Conservation of the species is greatly hindered by the lack of basic knowledge about their distribution and habitat needs. They are often referred to as the "forgotten" sirenian.

The species is highly susceptible to incidental capture in fishing nets and is hunted almost everywhere it occurs, despite existing protection laws in all range countries. There are no accurate estimates of population abundance, and the impact of hunting and habitat destruction are poorly documented, but the trade in manatee bushmeat is well known in Africa. The species is believed to be in decline throughout much of its range, but without baseline information, it is impossible to know how to conserve these manatees, and conservation is also unlikely without capacity building.

This Save Our Species (SOS)-funded project is however, tipping the balance in favor of these gentle, mysterious creatures. By kick-starting conservation action across three African countries which comprise part of their vast range to provide tailor-made solutions for the manatees in three very different contexts. Implemented by Sea2Shore Alliance, the project is creating solutions in Senegal, Mali and Nigeria. In this installment, Diagne focuses on the Nigerian context.

Using Aquaculture as an Incentive

In Nigeria, a unique scheme for alternative livelihoods was proposed to stop manatee hunting. Manatee hunters were incentivized to give up hunting and to remove manatee traps in the Lekki Lagoon, near to Lagos. In return, they were offered training and equipment to take up catfish aquaculture.

Changing the attitudes of manatee hunters was not easy. In the early days of the project, the hunters who had originally agreed to participate wanted to take up the aquaculture training without giving up manatee hunting. The project leader Bolaji Abimbola had to reassert the value of manatee conservation and the benefit of having a stable, year round income from aquaculture.

His efforts were aided by the Senegal project leader Tomas Diagne, Lucy’s husband, who visited the Lekki Lagoon. Tomas spoke with the villagers about his 20 years working with the local people at Tocc Tocc Reserve in northern Senegal to bring them the benefits of alternative livelihoods that conserved manatees. But understanding the nuances of community dynamics helped seal the deal. Bojali observed that while the men might tend the fish cages it was the women who prepared them for market, gutting them and smoking them. And so the project expanded to include this activity. Soon the village community became much more invested in the project, agreeing to remove manatee traps and give up hunting to learn aquaculture skills.

Equipping them for a new livelihood, Bojali ensured the hunters were trained in cage construction, catfish breeding and culturing. The range of tasks was broad: the hunters constructed cages from PVC pipes and other supplies, learned how to determine the sex of catfish, practiced injecting the fish in preparation for breeding, mastered stripping eggs off fish and fertilizing them, as well as how to prepare adult fish for market. Meanwhile, removal of manatee traps commenced and installation of additional cages stocked with catfish fingerlings also began.

The investment in the community is beginning to pay off according to Diagne. Nine manatee traps were removed in Lekki Lagoon in 2013, which will directly lead to greater conservation of manatees in this region. Additionally, three other communities have expressed interest in adopting the aquaculture training scheme for their villages in return for stopping manatee hunting. So, the good example from these new livelihood opportunities is spreading to neighboring villages.

“We hope this project can be used as an example for other places in Africa to show that alternative livelihoods to manatee hunting are achievable,” said Diagne.

As global human populations soar toward 9 billion by 2050, the world is increasingly looking to Africa as a breadbasket. With its own population expected to double to 2 billion by 2050, there is further pressure and good reason for African economies to improve agricultural resilience and self-reliance. The challenges are many and the scale of the task is immense. Projects like Sea2Shore’s approach in Nigeria may represent drops in the ocean of the food security challenge but they also represent examples of holistic thinking and practical solutions to help reduce the conflict between man and nature along the way.

Primarily, this multinational SOS funded project is the first step in drumming up research and conservation interest for the much-neglected West African Manatee. But crucially, these initiatives in Nigeria as well as Senegal and Mali have the potential to serve as a model for several other manatee sites in the region. This would in turn help develop a concerted conservation strategy for the species across its entire range in West Africa. And that it empowers people with new livelihood options along the way is just what might seal the deal for gathering widespread support.

2013 Deadliest Year on Record for Manatees